New spy shots confirm that the upcoming HBX micro-SUV will come with an AMT gearbox as well. 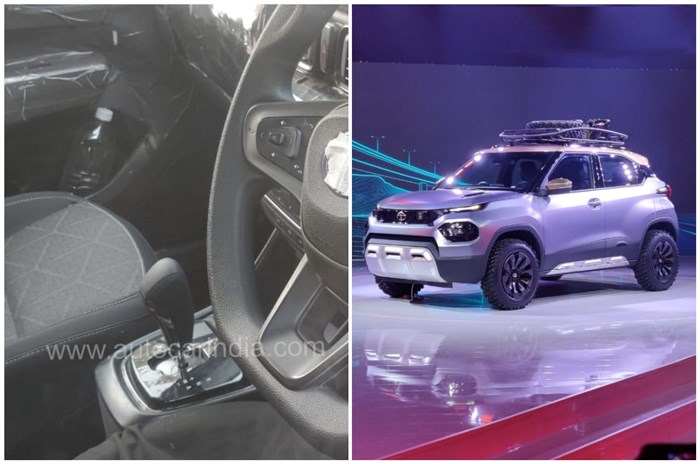 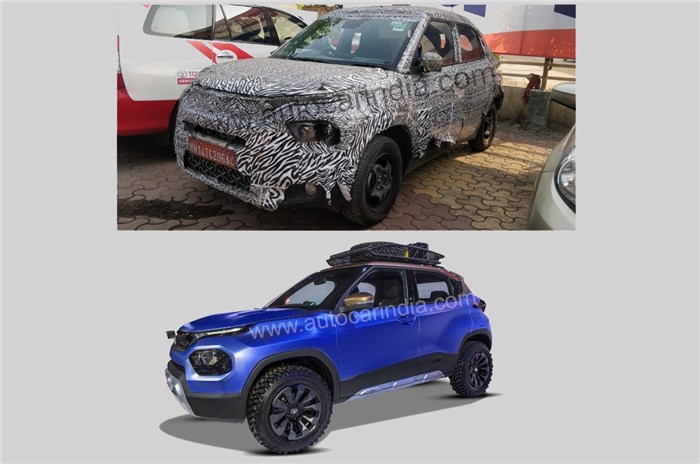 Tata Motors has been testing the upcoming HBX micro-SUV since quite a long time and while we had a hint of what engine-gearbox combinations to expect on this new Tata, we can confirm today that Tata's new micro-SUV will come with an AMT gearbox as well.

While the interior of the production-spec HBX sticks to the concept that was shown last year, what can be confirmed here is that Tata will offer not one but two gearbox options on this micro-SUV.

A closer look also reveals that the interior actually is a mix-and match of some of the bits that are already present in other Tata models like the Tiago, Tigor and also the Altroz like the front seats, flat-bottom steering wheel, switchgear, instrument cluster, HVAC controls and also the 7.0-inch floating touchscreen.

As the HBX is based on Tata's modular ALFA platform – same as the Altroz – the SUV is expected to be spacious on the inside and come with doors that open 90 degrees, to aid ingress and egress. Space for three at the rear is also expected to be sufficient, especially with the relatively flat floor.

Tata HBX in its production guise will closely resemble the concept that was shown last year. The exterior design will have clear links to the larger Tata Harrier and the Safari, especially in the split headlight setup and a new version of Tata’s signature ‘Humanity Line’ grille.

The HBX will come with an 86hp, 1.2-litre, three-cylinder naturally aspirated petrol unit mated to either a five-speed manual or a five-speed AMT auto gearbox options.  A 1.2-litre turbo-petrol could join in at a later stage.

When it arrives in Tata showrooms later this year, the HBX is expected to be priced in-between the Tiago and the Altroz – in a way that will put it in the running against the petrol-only Maruti Ignis and Mahindra KUV100 NXT, along with the petrol versions of the Ford Freestyle. Additionally, it will also see a rival in the Hyundai AX micro-SUV that is expected to come to India in the near future. Expect prices for Tata’s smallest SUV to range between Rs 4.5-7.5 lakh (ex-showroom).