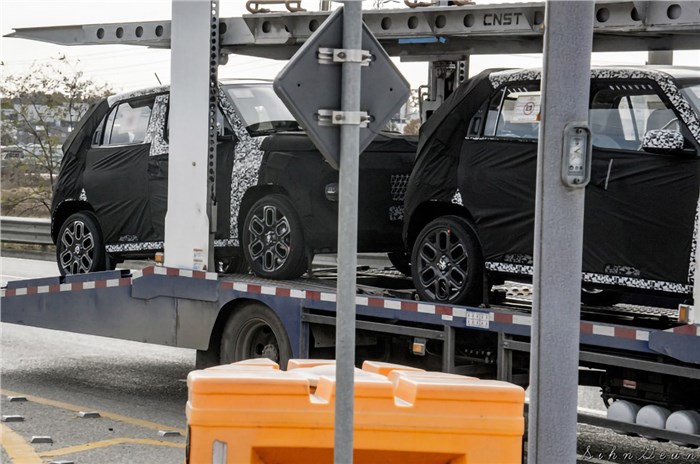 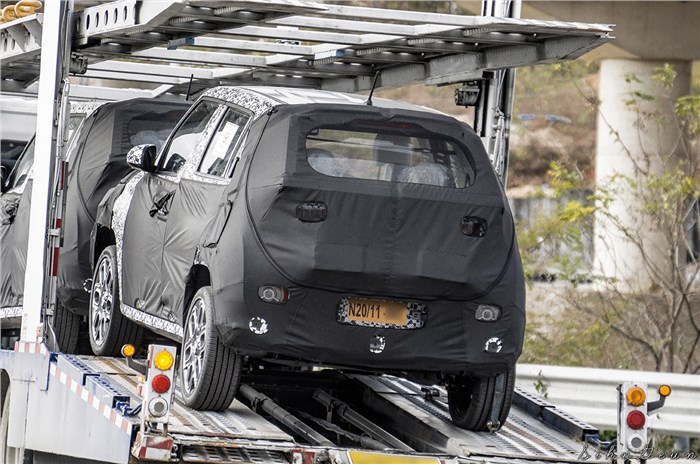 The all-new Hyundai micro-SUV has finally been spotted on the roads for the first time more than a year after we broke the news of it being considered for series production.  This new SUV from the Korean brand will be aimed at emerging markets like India and Indonesia to name a few and will be positioned below the Venue, which is Hyundai's smallest SUV globally.

We had reported back in 2018, that Hyundai would decide to go ahead with a micro-SUV based on the response the 2019 Maruti S-Presso got.  The S-Presso has already seen more than 75,000 units of sales in its first year.  Also, the general shift of consumers, especially first time buyers, towards high-riding models with SUV-ish looks, like the Maruti Suzuki S-Presso and the interest generated by the yet-to-launch Tata HBX micro SUV, could be the reason for Hyundai to enter this new micro-SUV segment in the Indian market.

Hyundai AX micro SUV: What do these spy shots reveal?

A first look at this new vehicle reveals that this  micro SUV from Hyundai will take quite a few of its design cues from the Venue compact SUV. As far as length goes, we expect this SUV to be around 3.7-3.8 meters which will make it longer than the Santro but shorter than the Venue.  In comparison, the upcoming Tata HBX will be around 3.84 meters long.  A first set of spy shots of the Hyundai AX 1 show heavily covered test-mules with a upright and  boxy body shell, a large glasshouse and a flat bonnet.  Upfront, Hyundai's large grille will be present and the model will have a two-tier headlamp setup, just like the Venue and  Creta SUVs that are sold in India.  The test-mules are also shod with stylish alloy wheels and tyres that could be as big as 15-inches in diameter.

This new micro-SUV will most likely be based on the K1 platform and will share its underpinnings and powertrain options with the Grand i10 Nios. A 1.2-liter petrol engine will be the mainstay; however, lower trims could get Santro's 1.0-liter unit which also help the AX1 with a lower entry price.  Gearbox choices will include a five-speed manual as well as an AMT gearbox.  Hyundai has been talking about low-cost electric vehicles for markets like ours since quite some time, however, there is no concrete update on whether this micro SUV would feature anytype of electrification.

The new Hyundai AX1 micro-SUV will be aimed against the Tata HBX (Hornbill) that will see a market launch by May, next year.  Additionally, it will also take on existing high riding models like the Maruti Suzuki Ignis and the Mahindra KUV100  in our market. There is no news on when Hyundai will bring this new vehicle to India, however, it would be safe to assume a festive-season or late 2021 launch for the Indian market.