Tata’s all-new Baleno-rivalling hatchback measures under 4m in length and is powered by a 1.2-litre petrol engine. 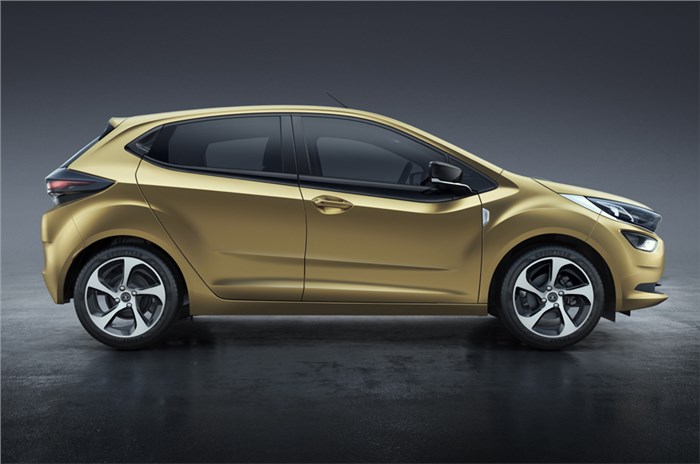 Tata Motors took the wraps off its much-awaited Altroz hatchback at the 2019 Geneva motor show. In its production guise, the Altroz will take on the likes of the Hyundai i20, the Maruti Suzuki Baleno and the Honda Jazz.

Here’s a look at how it stacks up against its key rivals, the Baleno, i20 and Jazz.

The Altroz is likely to come with first-in-class 17-inch alloy wheels coupled with 205/50 R17 tyres – at least for the top-spec car.

Under the hood, the Altroz showcased at the Geneva motor show was powered by a 1,198cc, three-cylinder petrol engine good for 102hp at 5,500rpm. It produces a max torque of 140Nm at 1,750-4,000rpm. Tata has not confirmed the engine’s aspiration, but based on the output figures, this 1.2-litre motor could be a turbocharged unit. Tata Motors is expected to launch the Altroz hatchback in India in the second half of 2019, where it will sit above the popular Tiago hatchback in its domestic line-up.

The Altroz is based on Tata’s modular ALFA platform, which can also be used to accommodate a full-electric powertrain. The company has also showcased the Altroz with an EV powertrain at the 2019 Geneva motor show.