Providing a glimpse of what will be the smallest SUV in the Tata Motors range, the H2X Concept has a squared-off, muscular appearance, and is based on the company’s ALFA platform. 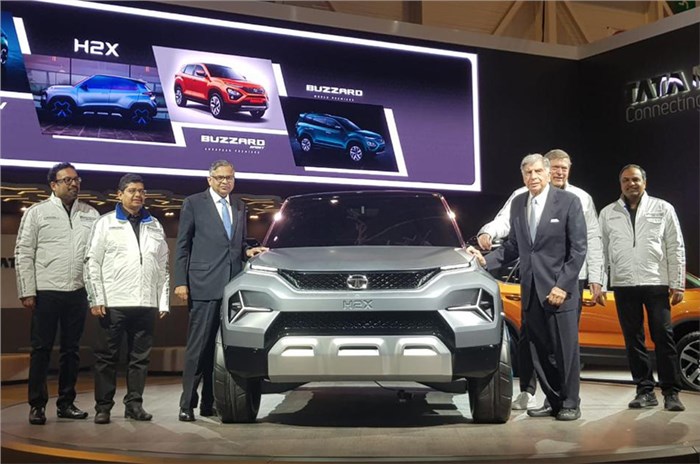 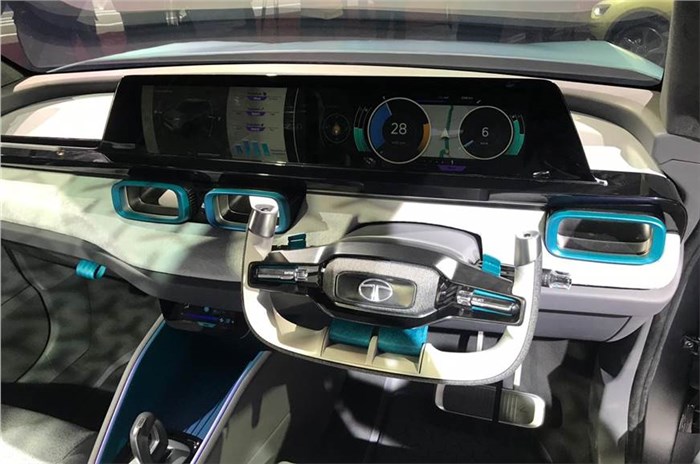 We first told you about Tata Motors’ plan to bring a micro-SUV concept to the 2019 Geneva motor show at the start of January 2019. In the intervening period, Tata shared a series of teasers in the build-up to its 21st appearance at the Geneva motor show, and today, the company has revealed in full the H2X Concept SUV that gives us a sneak-peek at the production-spec Hornbill micro-SUV.

Tata says the H2X Concept derives several design cues from the stunning H5X Concept (which previewed the Harrier), and they’re there for one and all to see. The Hornbill’s LED DRLs and tri-arrow pattern in the front bumper are reminiscent of the H5X Concept. What also catch the eye are the prominent, squared-off edges up front, lending a boxier, more upright stance to the H2X Concept. Shaped by Tata’s Impact Design 2.0 language, the Hornbill clearly has a more upright stance than the Nexon, and less-rounded proportions that give it a more imposing – and more SUV-like – appearance.

Following in the footsteps of the 45X and EVision concepts, the H2X Concept, too, has a futuristic – and minimalistic – interior. A dual-tone colour scheme adds some flavour to the H2X’s interior, with the surrounds for the AC vents, centre console and seatback panels (which feature AC vents for the rear passengers) finished in an eye-catching turquoise shade. Also seen is an aircraft yoke-inspired steering wheel, two 10.2-inch displays – one for the infotainment system and the other for the instrument cluster – merged into a single unit, fabric straps for the door panels and glovebox, and a massive glass roof.

Tata Motors says the H2X Concept sub-compact SUV will have “exemplary performance, future-ready connectivity and outstanding interior room”. The Hornbill (codenamed X445) will be built on the carmaker’s ALFA modular platform that will be shared with the Tata Altroz, but according to sources, the micro-SUV “will have a wheelbase that is around 50mm shorter.” The ALFA platform has been designed to accommodate Tata’s 1.2-litre, three-cylinder Revotron petrol as well as the 1.05-litre, three-cylinder, Revotorq diesel engine, but it’s likely that, at launch, only the 1.2 petrol will be offered.

The Hornbill will be Tata’s contender in the nascent micro-SUV segment and will slot in below the Nexon in the company’s line-up. The concept that’s set to debut in Geneva will hint at the production model, which will be aimed squarely at the Mahindra KUV100, the production version of the Maruti Future S concept and Hyundai’s all-new micro-SUV that is expected in 2023.

Tata Motors is expected to unveil the production version of the Hornbill in February 2020 at the Auto Expo in Delhi, with the market launch following later in the year.

What do you think of the Tata H2X Concept? Let us know in the comments.