We bring you an in-depth look at the Tata H2X Concept, which previews an all-new micro-SUV due for launch by mid-2020. 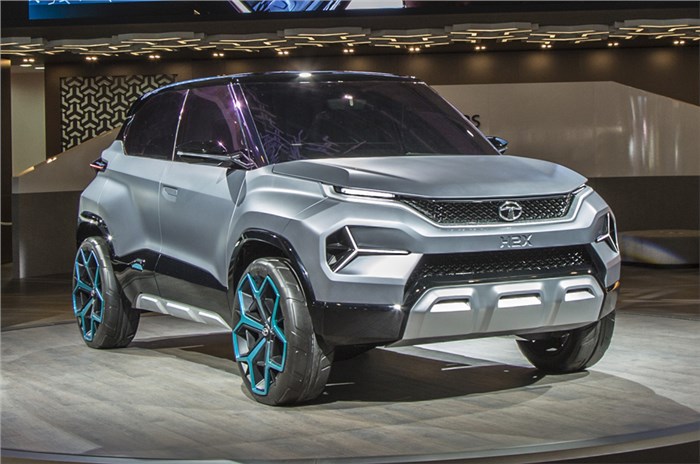 Taking centre stage at the packed Tata Motors stall at the 2019 Geneva motor show was the H2X concept, which the company believes is the ‘next big thing’ that’ll help expand its footprint in the crowded Indian market. The showroom version of the H2X Concept – codenamed Hornbill – will jump into waters largely uncharted, and as a model slated to slot in below the Nexon compact SUV, it is a highly intriguing proposition.

No carmaker has explored the micro-SUV space in earnest just yet, which poses both an opportunity and a challenge for Tata Motors. The models that have tried – Mahindra’s KUV100 and Maruti Suzuki’s Ignis – haven’t set sales charts on fire. That’s what Tata Motors is hoping to change with the H2X Concept – to offer a product that is truly attractive and desirable; one that can possibly blow the doors to this segment open. To that effect, Tata has adopted a bold approach with the H2X concept. 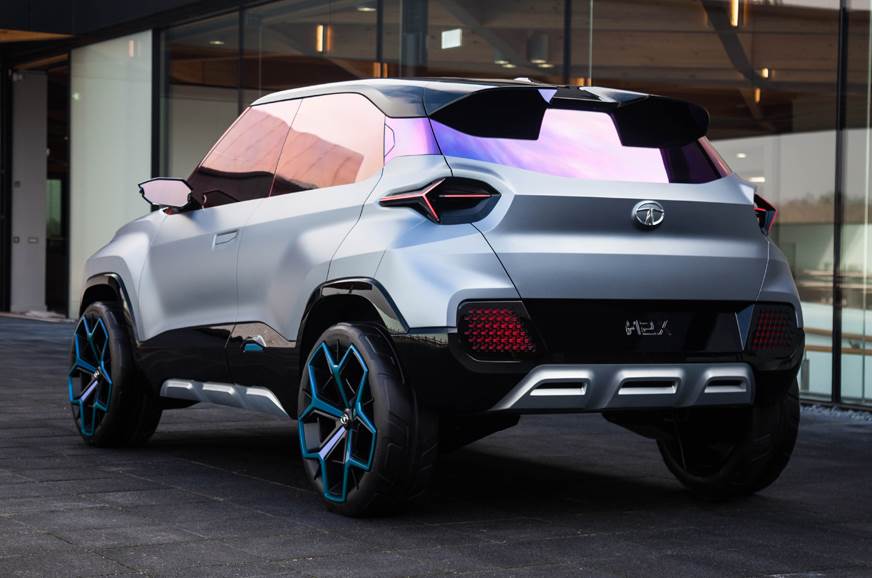 Iridescent finish for the glasshouse and split rear spoiler pack a visual punch.

The H2X shows that boxy needn’t be boring. It has a square-jawed face and a decidedly more upright stance than the Nexon. Why ditch the Nexon’s swoopy, flowing lines for a more square and upright stance? Pratap Bose, vice president, global design at Tata Motors, says, “With the Nexon, we were the last to enter the segment at the time, so we had to do something different to stand out in the crowd. With the H2X, we will, in effect, be creating the segment, and hence can establish the design language we want.”

The H2X certainly has the family look. It borrows styling cues from the H5X Concept that evolved into the Harrier, and that’s immediately apparent when you take a look at the H2X’s front end. It has the same two-part headlight treatment like the Harrier, with eye-like LED DRLs at each end of the slim grille that sit above the main lamps. The chunky skid plate and tri-arrow design in the front bumper are among the strong SUV cues the H2X abounds with. 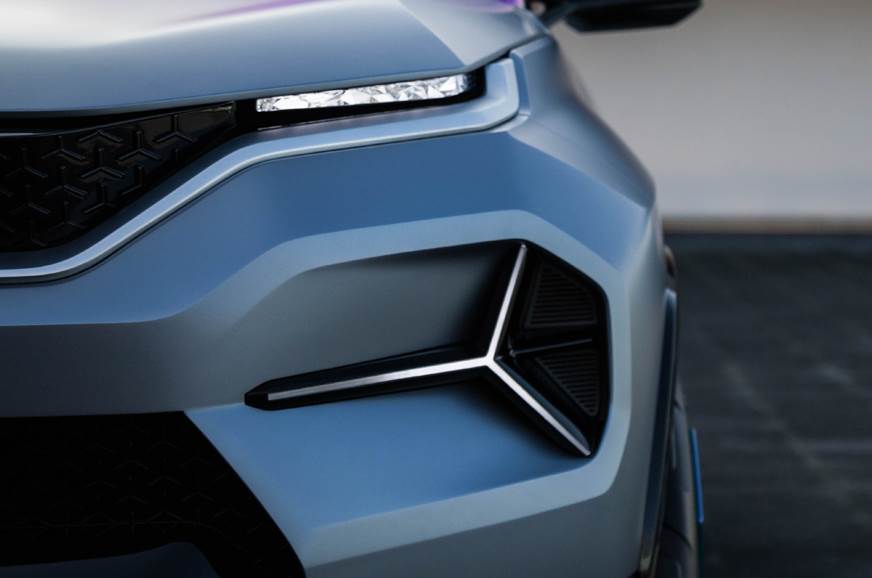 Tri-arrow pattern likely to be replaced by main headlight cluster on the production-spec H2X.

With its prominent wheel arches and clean surfacing, the H2X Concept looks taut-skinned and muscular, and the iridescent finish for the wraparound glasshouse and split rear spoiler (à la the 45X Concept) come together to give it a funky feel. The H2X is also larger than both, the Ignis and the KUV100. To give you an idea of the H2X’s size, at 3,840mm in length, it’s as long as the Maruti Suzuki Swift, and at 1,635mm in height, nearly as tall as the Maruti Suzuki Vitara Brezza. The H2X’s wheelbase is pegged at 2,450mm – 51mm shorter than the Altroz’s wheelbase. 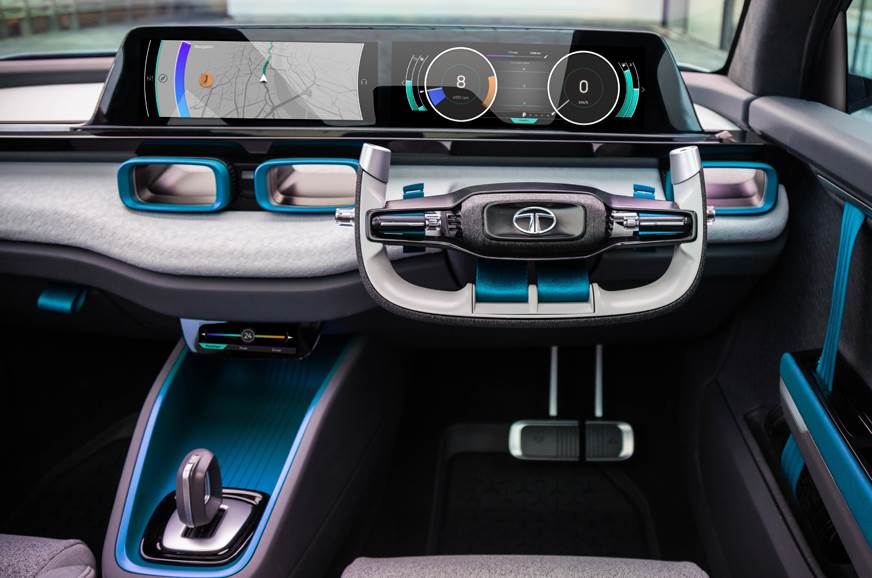 “The customer who will buy this car thinks digital” says Bose, and that becomes apparent when you take a look at the H2X’s interior. On the inside, the H2X Concept highlights its high-tech and outdoorsy nature. The minimalistic dash features a single display unit with two 10.2-inch screens – one for infotainment functions, the other doubling as the instrument cluster. The curious-looking AC vents utilise the ‘Coanda’ effect – much like Dyson’s bladeless fan – for stronger airflow in the cabin, and the front seatbacks are also fitted with similar Coanda vents to cool rear-seat passengers. The fabric straps for the inside door panels (to store odds and ends) and glove box adds a functional feel, while the grey-and-turquoise interior scheme adds a dash of youthfulness to the proceedings. To create a sense of roominess in what is a compact cabin, Tata Motors has given the H2X Concept a large glass roof – which may not make it to production. In fact, given the sub-Rs 6 lakh segment the production version of the H2X will operate in, the cabin will have to be built to strict cost targets – but you can still expect some funky design elements. 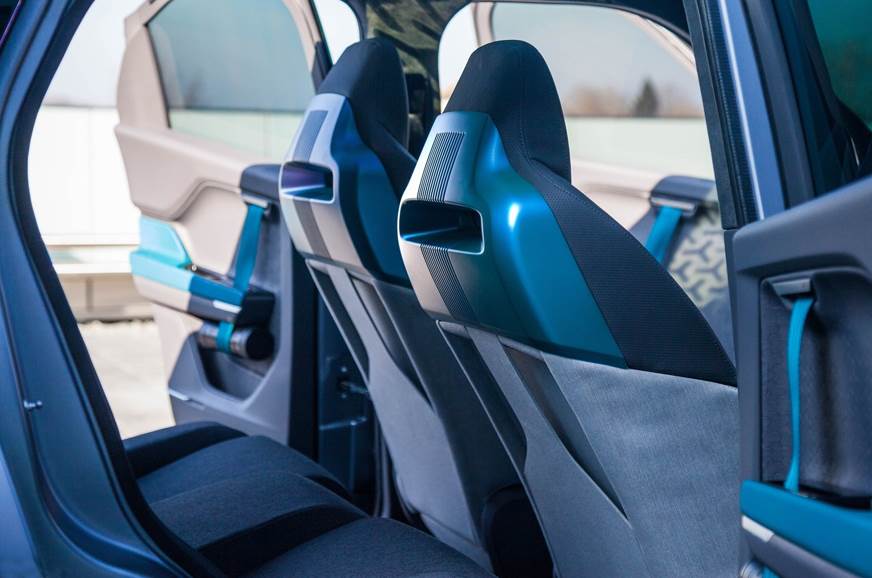 The second model to be built on Tata’s new ALFA platform, the Hornbill, will be the carmaker’s contender in the nascent micro-SUV segment and will slot in below the Nexon to become the new entry-level SUV in the company’s line-up. Interestingly, there will be no diesel engine option at all from the start and the H2X will be powered by a 1.2-litre, naturally aspirated petrol engine only. “We feel there will be no market for small diesels once the BS-VI emission norms come into effect,” said Rajendra Petkar, chief technology officer at Tata Motors, who also confirmed 1.05-litre, three-cylinder diesel engine in the Tiago and Tigor will be phased out by April 1, 2020.

Are you a fan of the Tata H2X Concept’s styling? Let us know in the comments.