The automatic variant of the Altroz has finally been teased, over two years after the hatchback originally launched. 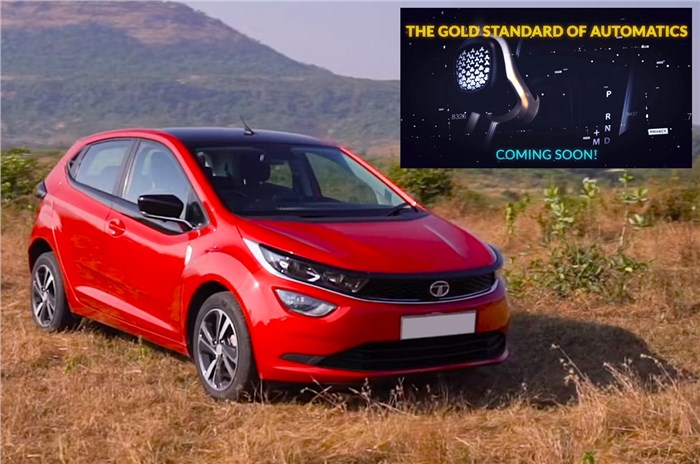 Tata Motors has just teased the much-awaited automatic gearbox version of the Altroz, over two years after its launch. The gearbox in question is the dual-clutch transmission (DCT) unit we spotted being tested back in late 2020. The teaser for the Tata Altroz automatic comes as part of a social media post, celebrating the National Science Day.

Contrary to earlier reports, the Altroz automatic will come with the naturally aspirated 86hp 1.2-litre petrol engine, instead of the more powerful 110hp 1.2-litre turbo-petrol unit. While Tata Motors had tested the Altroz DCT with 1.2-litre turbo-petrol engine earlier, this engine-gearbox combination is proving to be too expensive for our market, which would make the car priced much higher than its direct rival, the Hyundai i20 DCT. This is what has led Tata Motors to introduce the DCT automatic gearbox with the 1.2-litre naturally aspirated engine instead. The DCT equipped Altroz is expected to be around 20kgs heavier than its manual counterpart.

Once launched, the Tata Altroz DCT will be take on other automatic gearbox equipped premium hatchbacks like the new Maruti Baleno AMT, Hyundai i20 1.0 DCT, Volkswagen Polo 1.0 TSI automatic, and the Honda Jazz CVT.

Are you looking forward to the launch of the Tata Altroz DCT? Let us know your thoughts in the comments section below.