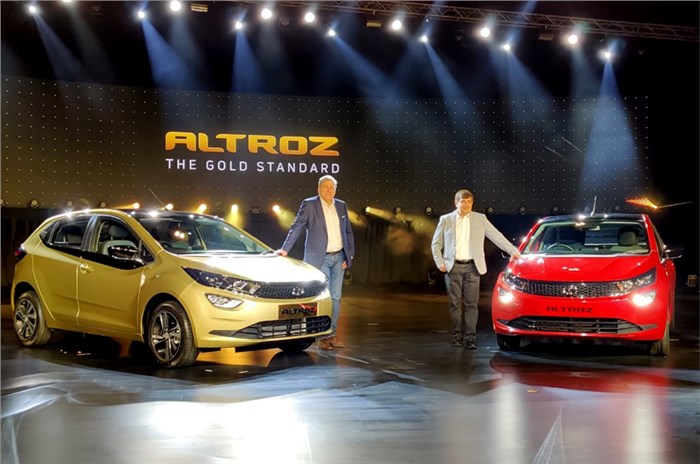 Tata Motors has finally made its much-anticipated foray in the premium hatchback segment with the launch of the Altroz, at Rs 5.29 lakh (ex-showroom, pan-India). The Altroz is also the first Tata model to be based on the carmaker’s new ALFA (Agile, Light, Flexible and Advanced) architecture, which will underpin several future models across various bodystyles.

The Altroz is available in five trim levels – XE, XM, XT, XZ and XZ Option. Also on offer are a number of customisation packs for buyers who are looking for more features but don’t want to pay extra for a higher variant. You can click here to see what you get in each trim and customisation pack. Given below are the variant-wise prices of the Altroz.

The Tata Altroz comes with two BS6-compliant engine options – a 1.2-litre, three-cylinder, naturally aspirated petrol that puts out 86hp and 113Nm of torque and a 1.5-litre, four-cylinder turbo-diesel which produces 90hp and 200Nm of torque. Both engines come paired to a 5-speed manual gearbox as standard. However, Tata will introduce automatic gearbox options in the future. Tata might also introduce a 1.2-litre, three-cylinder turbo-petrol unit in the Altroz, but a launch date for it is yet to be revealed.

The all-new model will compete with the Maruti Suzuki Baleno, Hyundai i20, Toyota Glanza and Honda Jazz in the premium hatchback segment. Deliveries of the Tata Altroz will begin from mid-February. We reviewed the Altroz last month and were impressed by the space and comfort it offers and its driving dynamics. 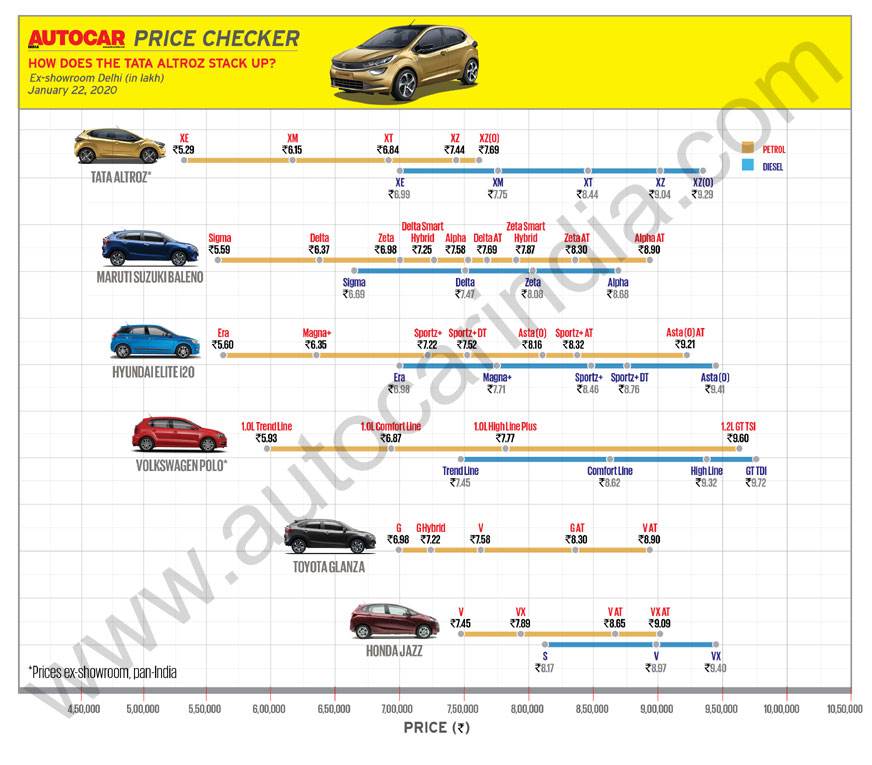