Updated Tiago and Tigor get refreshed exteriors and tweaked interior bits along with BS6-compliant petrol engines; both no longer come with the 1.05-litre diesel engine. 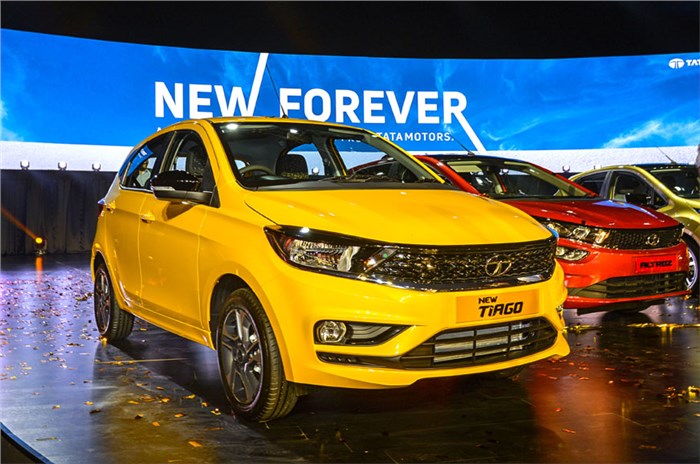 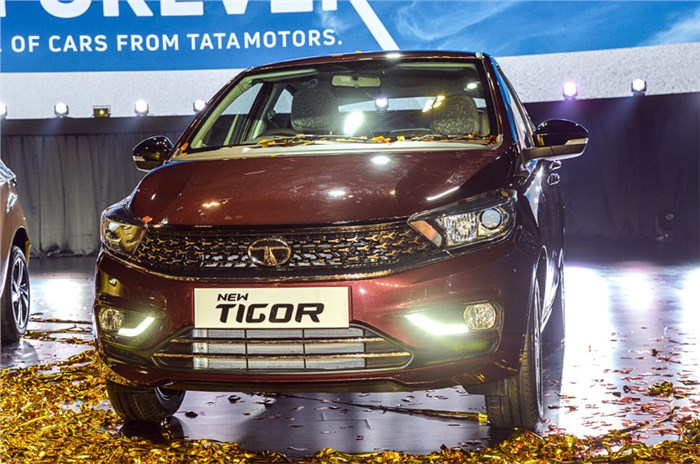 Tata Motors has launched mid-life refreshed for its smallest offerings, the Tiago and Tigor, priced at at Rs 4.6 lakh and Rs 5.75 lakh, respectively. The updated models come in five trim levels with two engine-gearbox combinations on offer. Starting prices have increased over the pre-facelift BS4 models by Rs 20,000 and Rs 10,000, respectively. The variant-wise prices for the updated hatchback and compact sedan are as follows:

Styling changes up front include slimmer headlamps and front grille, which are underlined by Tata’s signature ‘Humanity Line’ in chrome. The front bumper is new too; it gets sharper cuts with a reshaped air dam and new fog lamp housings that are positioned further up in the bumper. The Tiago and Tigor facelift also get a raised bonnet in order to meet the upcoming pedestrian safety norms. At the back, the facelifts get a redesigned bumper and tail light inserts. Inside, the tweaks are limited to new fabrics for the seat upholstery and other some minor changes.

Cosmetic updates aside, the Tiago and Tigor also make the switch to BS6-compliant petrol engines. In BS6-spec, the 1.2-litre, three-cylinder, naturally-aspirated petrol engine that produces 86hp and 113Nm of torque. It can be had with either a 5-speed manual or AMT gearbox. The arrival of the Tiago and Tigor facelifts also marks the end of the road for Tata’s 1.05-litre diesel engine that has been dropped from the line-up. Upgrading this engine to BS6 would have bumped up prices significantly and Tata didn’t see a business case for such a move.

Both the Tiago and the Tigor facelifts have received a four-star Global NCAP rating for adult occupancy (12.52/17) and a three-star rating (34.15/49) for child occupancy. It should be noted that Tata siblings like the Altroz and the Nexon have been given a five-star rating, as has Mahindra’s XUV300. The Tigor also gets projector headlamps and LED DRLs, along with a push button start+. Standard safety kit for both includes dual airbags, ABS with EBD, corner stability control and rear parking sensors.

As its predecessor, the Tiago facelift continues to rival the Hyundai Santro, the Maruti Suzuki Celerio and the Datsun Go. 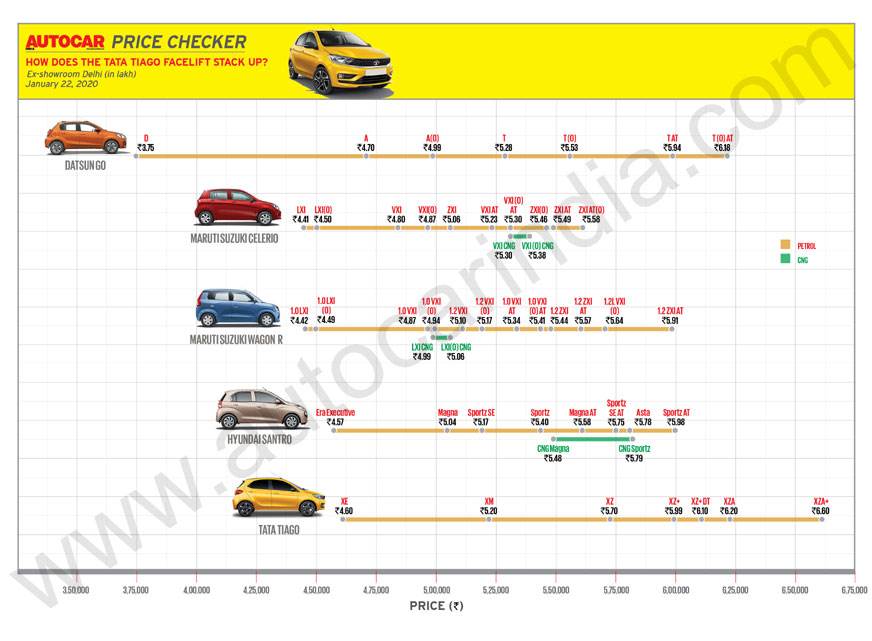 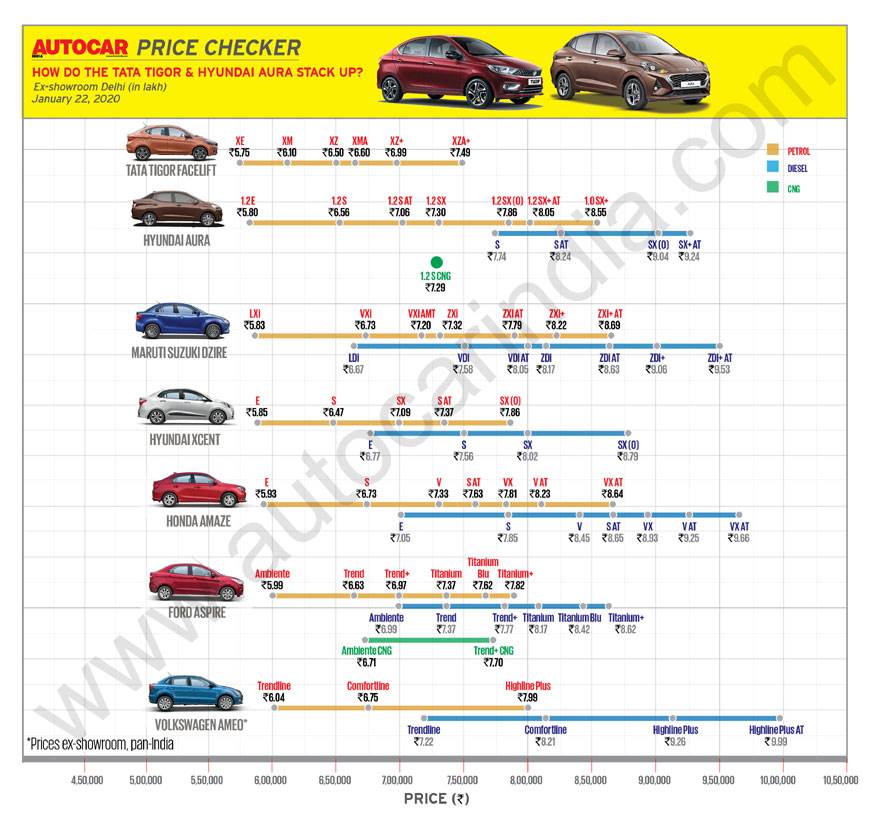