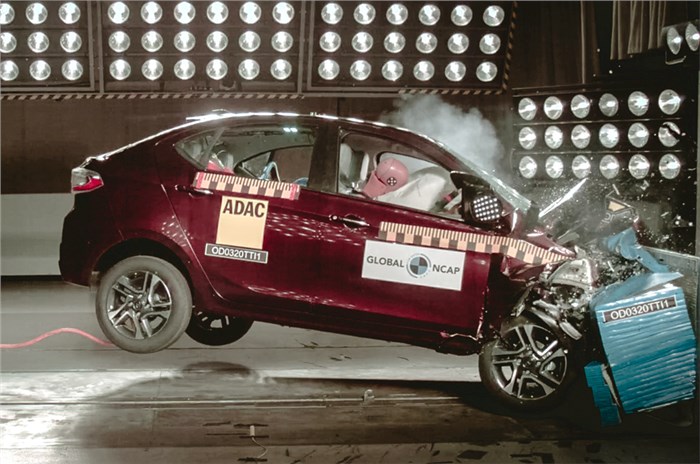 Safety watchdog Global NCAP has announced the crash-test results of the facelifted Tata Tiago hatchback and Tigor compact sedan. The Tata duo fared well with a 4-star rating for adult occupancy and a 3-star rating for child occupancy. The results were announced on the day the Tiago and Tigor facelifts went on sale.

In terms of adult occupant protection, the Tiago and Tigor scored 12.52 out of a maximum 17. The models’ body shell integrity was rated unstable and not capable of withstanding further loading – with a particular mention of the footwell area – though protection for the front passengers’ head and neck was rated 'good'.

While neither the Tiago nor the Tigor get Isofix child seat mounts or three three-point seat belts at the rear, the models still earned a 3-star rating for child occupancy (34.15/49). Excessive forward movement was prevented for the forward-facing, three-year-old dummy, while protection for the 18-month-old dummy was considered good.