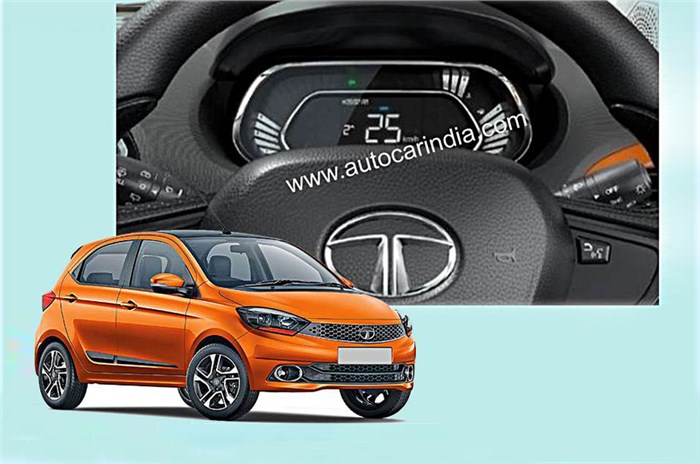 According to dealer sources, this upgrade will be available soon on both, manual as well as AMT variants of the Tiago and Tigor, which means the XZ+ and XZA+ variants will come equipped with this feature.

The digital instrument cluster will mimic the functions of the analogue unit - it will come with a large centrally-mounted digital speedometer, a tachometer, digital clock, door ajar and key reminder, distance to empty indicator among other functions.

The XZ+ variants of the two Tata cars come with features like larger 15-inch alloy wheels, projector headlamps, and a 7.0-inch touchscreen infotainment system, to name a few.Also, automatic climate control is standard on this variant, along with power-folding wing mirrors. These variants are available with either a 5-speed manual or AMT gearbox.

Currently, in the sub-Rs 10 lakh Indian passenger vehicle market, only the Renault Triber is available with a full-digital instrument cluster. The new Renault Kwid, which will be launched on October 1, will be the second such vehicle from the French brand and a first in its own segment.

Since the Tiago is a hatchback that is positioned above the Kwid, it will be the first car in its segment - which includes models like the Maruti Suzuki's Celerio and Wagon R, along with the Datsun Go and Hyundai Santro - to come with this feature. It’s the same with the Tigor, as there is no compact sedan currently on sale with a fully digital instrument cluster.

Additionally, Tata Motors is readying a special-edition Tiago Wizz that will hit the market this festive season.The company is also readying a major mid-cycle update to both the Tiago and Tigor that will include an all-new, crash test-compliantfront-end and BS6 petrol engines. The facelifted Tiago and Tigor will ditch the diesel engine and will be sold as petrol only models.

Key rivals to the Tigor includes the likes of the Hyundai Xcent, Maruti Suzuki Dzire, Ford Aspire and Honda Amaze.