Production-spec Renault Kiger to be revealed on January 28, 2021

Production Kiger will retain most of the show car’s design; to be available with two engine options. 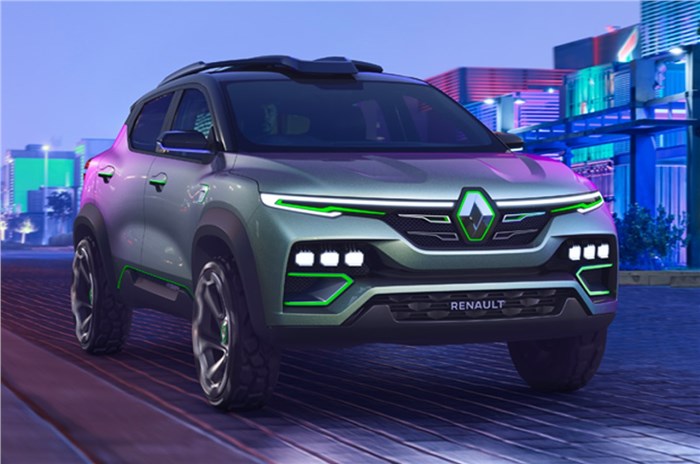 The Renault Kiger will make its debut in final production form on January 28, 2021. Renault’s compact SUV will go on sale shortly after and go up against its cousin from Nissan, the Magnite, the Kia Sonet, Hyundai Venue, Maruti Suzuki Vitara Brezza, Tata Nexon, Toyota Urban Cruiser, Ford EcoSport and Mahindra XUV300.

As Renault had revealed when they had taken the wraps off the Kiger show car, the final model will keep about 80 percent of the concept’s design. Elements such as the split headlight setup (LED DRLs above and the main headlight unit below), Renault’s winged front grille with two horizontal slats and C-shaped tail-lights are expected to be seen on the production-spec Kiger. However, the 19-inch alloy wheels, over-exaggerated front and rear bumpers and the double central exhaust system will be given a miss.

The show car was also finished in a special paint; it’s called either “California Dream” or “Aurora Borealis”. Depending on the angle and light, the hues appear to change as well. This paint finish is unlikely to be carried forward to the production Kiger.

Although Renault has not officially revealed details of the Kiger’s interior, spy shots have shown that some of the switchgear, the dual glovebox, the steering wheel unit and the digital instrument cluster will be shared with the Renault Triber seven-seater. Expect features such as automatic climate control, keyless entry and go, a free-standing touchscreen infotainment system, steering-mounted audio and telephony controls and more on the top-spec versions of the Kiger.

While Renault Kiger prices are unknown, expect the French brand to price its compact SUV slightly higher than the Nissan Magnite. Nissan’s compact SUV was priced very aggressively between Rs 4.99-9.45 lakh at launch, though the company has revised prices from January 1, 2021; they now start at Rs 5.49 lakh.

With this in mind, the entry-level and the top-spec Kiger’s prices are expected to undercut other compact SUV rivals’ by a significant enough margin.