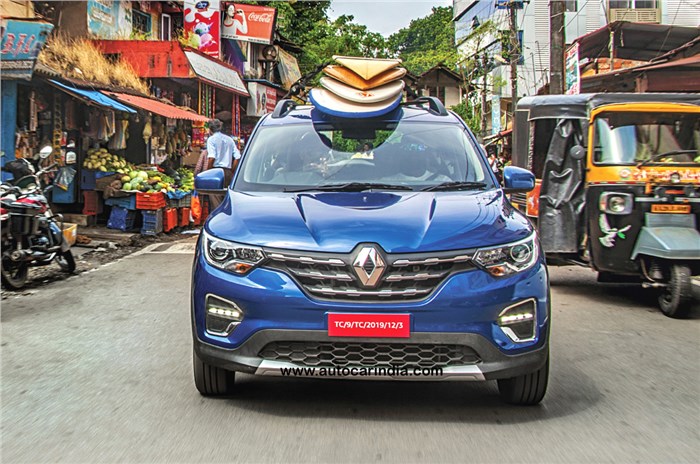 With strong sales of the Triber MPV, and the Kiger compact SUV arriving in early 2021, Renault is aiming to expand its footprint in Tier II-IV cities next year.

Renault is gearing up to bolster its rural market penetration in 2021. With the launch of its Kiger compact SUV lined up for early next year, and the Triber MPV continuing to perform well on the sales charts, the French carmaker is poised to expand its network in Tier II-IV cities. “I will focus on the rural market in 2021 and I am confident there will be potential for the Triber and the new SUV,” Venkatram Mamillapalle, Country CEO and Managing Director, Renault India Operations, told our sister publication Autocar Professional.

After vehicle sales came to a standstill earlier this year, the automotive industry has mounted a significant comeback, with the rural sector also posting strong results. Commenting on Renault’s performance, Mamillapalle said, “I have a jump of 30 percent in rural market sales over the last six months.” Consequently, the carmaker is eager to grow the brand in emerging markets.

In August this year, Renault announced the addition of 17 new sales and service touchpoints to its pan-India network since the beginning of the COVID-19 lockdown in April. The company is said to have more than 390 sales and 470 service outlets, including over 200 'Workshop on Wheels' facilities, across the country.

The automaker is in the process of priming its retail network for the imminent launch of the Kiger, and for leveraging the sales momentum of its 7-seat Triber MPV.

With the economy opening up, the Triber has registered an average of over 4,200 units of monthly sales since July 2020. “I believe the Triber can do very well, as evident by the recent surge (in demand),” commented Mamillapalle. He revealed that the MPV has found particular favour among people in smaller cities for its load lugging capabilities. “They remove the third row and fold the second one”, expanding its boot capacity from 84 litres to a cavernous 625 litres, and essentially using the MPV for transporting goods.

Furthermore, the company head also has high expectations from the upcoming SUV (Kiger) which is set to become the brand’s most affordable SUV model in the country. And though it will be priced at a bit of a premium compared to its sibling, the Nissan Magnite (Rs 4.99-9.45 lakh, introductory price, ex-showroom, Delhi), the upcoming model is still expected to be positioned near the lower end of the compact SUV segment on the price ladder, giving it a distinct advantage compared to rivals.

Previewed by the Kiger concept recently, the production-spec SUV will share its 1.0-litre naturally aspirated petrol mill with the Triber. It will also debut with a 1.0-litre turbocharged petrol engine that will make its way to the Renault MPV soon enough. Both manual and automatic transmission options will be on offer as well.

Going into 2021, Mamillapalle expects the market “to be tough and competitive”. He said, “Today, the car market is doing well because of the fear of public transport and social distancing. Once people are vaccinated, they should feel confident and get back to normal life.” Though the return to normalcy might reduce the urgent requirement of personal mobility, the Renault chief still foresees the demand for passenger vehicles to continue, with the rural sector playing a key role.

Expecting the current crop of car buyers to act as the market “catalysts”, he said, “Customers who are buying cars now, their neighbours are our next customers. I am looking at those potential buyers for developing the rural market.” As such, the company plans to expand its customer base by tapping into people’s aspirations, especially those of first time car buyers in smaller cities. "Social elevation is a big deal in rural India," he added.