Does the addition of an AMT hurt or help the Renault Triber’s 1.0-litre engine? We find out. 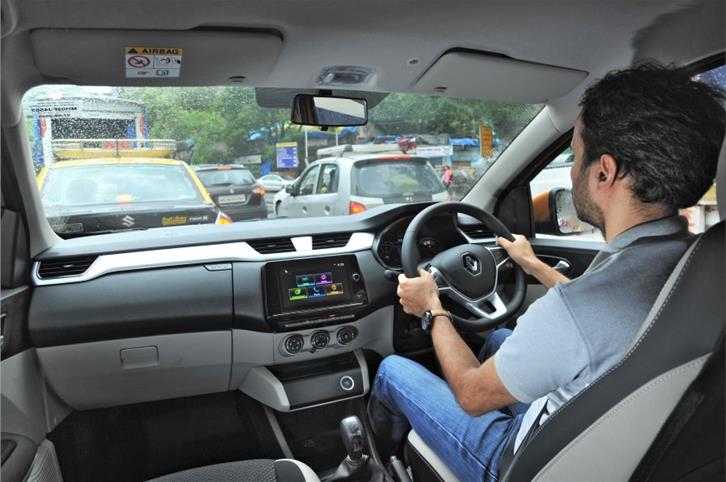 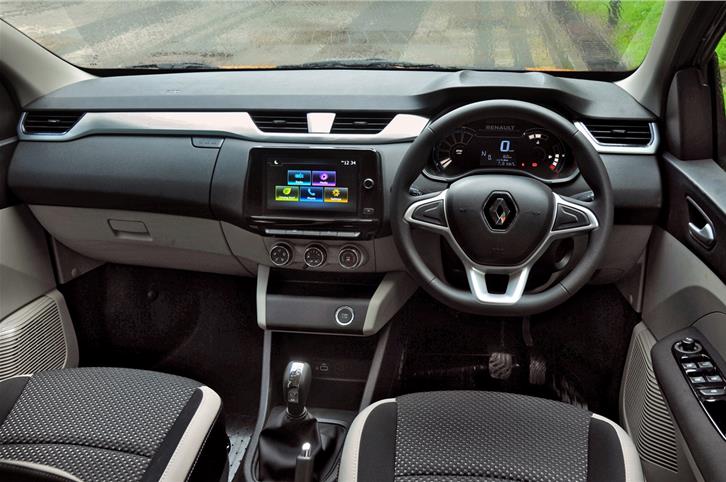 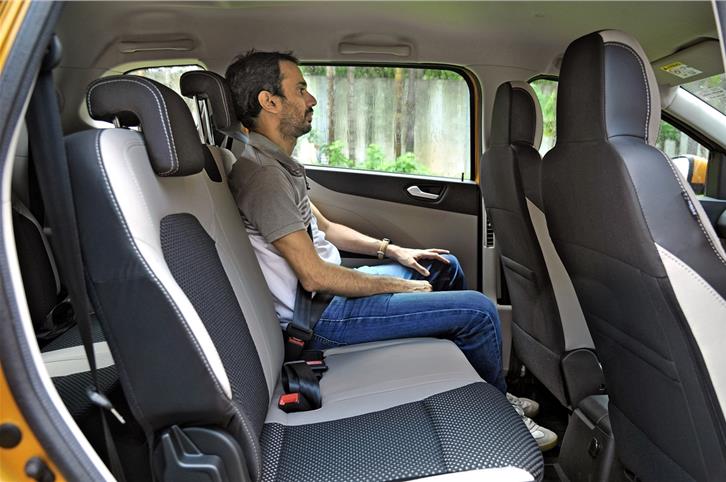 The Renault Triber has been quite a hit; the combination of its excellent packaging, handsome looks and value-for-money proposition has enabled Renault to clock over 40,000 units sold since its launch last August. And at a time when nearly every car on sale has multiple powertrains on offer, the Triber has managed this with just one engine and gearbox combination – a 1.0-litre petrol with a 5-speed manual gearbox. There are, of course, more to come, the first of which is this AMT. It’s paired to the same 1.0 engine as the manual, it’s offered in three of the four current variants, and there are no differences in features between the manual and the auto. Strapping an AMT – gearboxes not known for their smoothness – to a small, 72hp, 1.0-litre, 3-cylinder, naturally aspirated engine doesn’t sound very exciting, but as we found out, there is a small surprise in store as far as driveability is concerned.

The first thing I liked was the fact that the Triber AMT has a traditional gear lever that gives you the option of manual shifting, should you need it. The Kwid AMT, on the other hand, uses a rotary dial and has no possibility of manual intervention. The gearbox also has a creep function, so lift off the brake pedal in D, and the car will begin to move. AMTs, by virtue of having to engage a regular mechanical clutch, need the creep function to be built into the control software, so it’s nice to see Renault has engineered this into the car right from the start; the Kwid AMT, at launch, didn’t have this. The engagement itself is nice and smooth, but it’s slow, and that’s pretty much the tone for the gearshifts too. 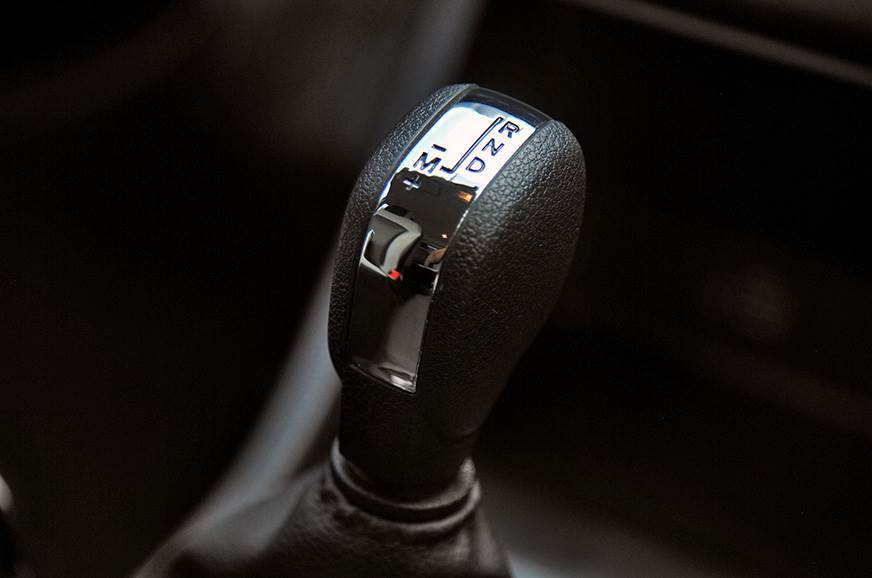 The Triber AMT gets a traditional gear lever that gives you the option of shifting manually as well, unlike the Kwid AMT.

In a bid to dampen that typical AMT jerkiness, Renault has slowed things down and the gearshifts sort of roll into one other. This is nice when you’re driving around at a gingerly pace, but not great when you’re in a hurry. This also shows up in the performance times. In our 0-100kph test, the Triber AMT took a leisurely 22.14 seconds (albeit on a wet track) against the manual's 17.35 seconds. You can shift to manual mode, and though the speed of the shifts remains slow, the ’box lets you rev all the way to the redline. In the Triber’s case, this is a very good thing, as the engine does have some power at the top.

*Tested in the wet 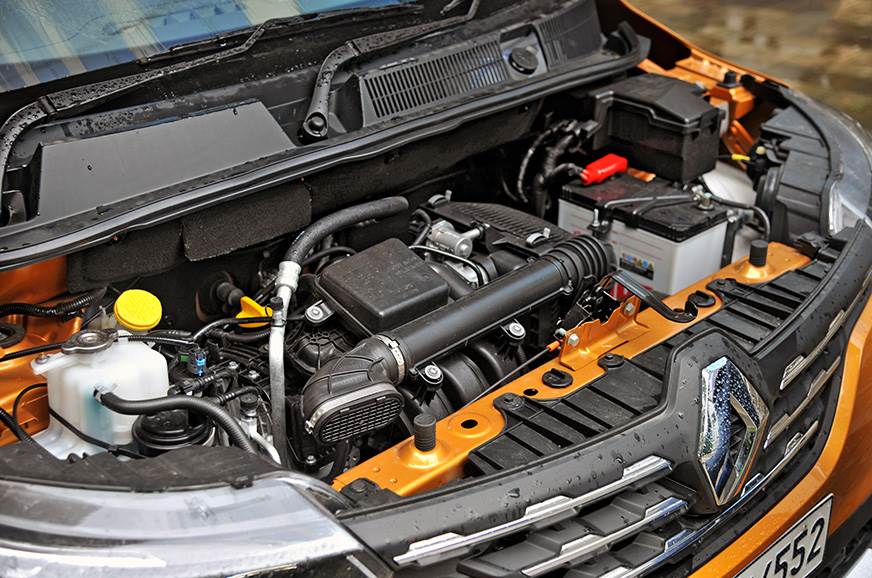 At 72hp and 96Nm, power and torque figures of the Triber’s 1.0-litre, 3-cylinder, naturally aspirated engine are identical in the manual and AMT auto versions.

Beyond the convenience, of course, there are other benefits over the manual car. Thanks to the weak low and mid ranges, you find yourself faced with a lot of shifting to do in the manual, and as a result, you sometimes get lazy and just stick with a higher gear and try and ride out the inevitable delay. In comparison, in the AMT with software control, you don’t have to worry about how often shifts happen, and so you’re more or less always in the power band, relatively speaking. 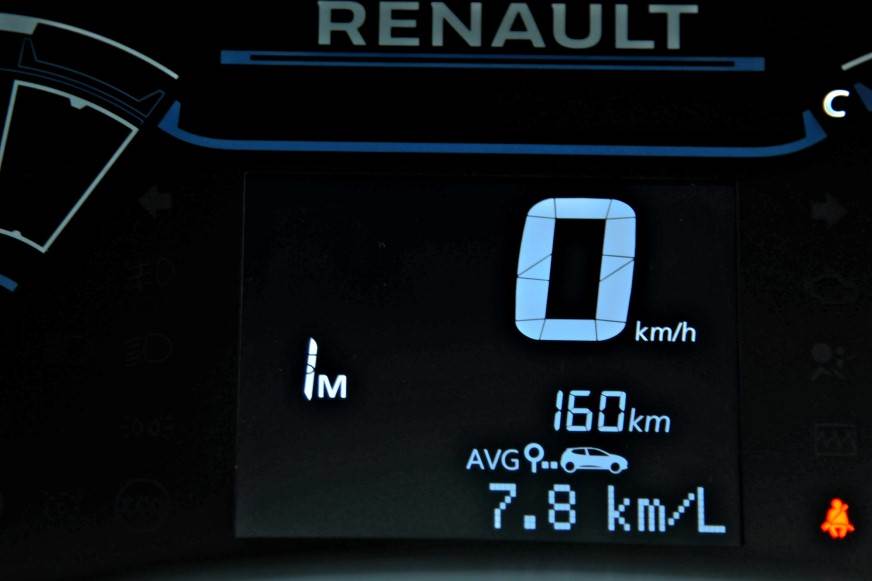 The AMT's selected gear is also shown on the MID.

The surprise, however, is in the engine tuning. While power and torque figures are identical in both gearbox iterations, the AMT has a slightly different state of tune with a stronger mid range. That has really improved the everyday driveability of the Triber, and at around 3,000rpm there’s a nice, slightly stronger push. 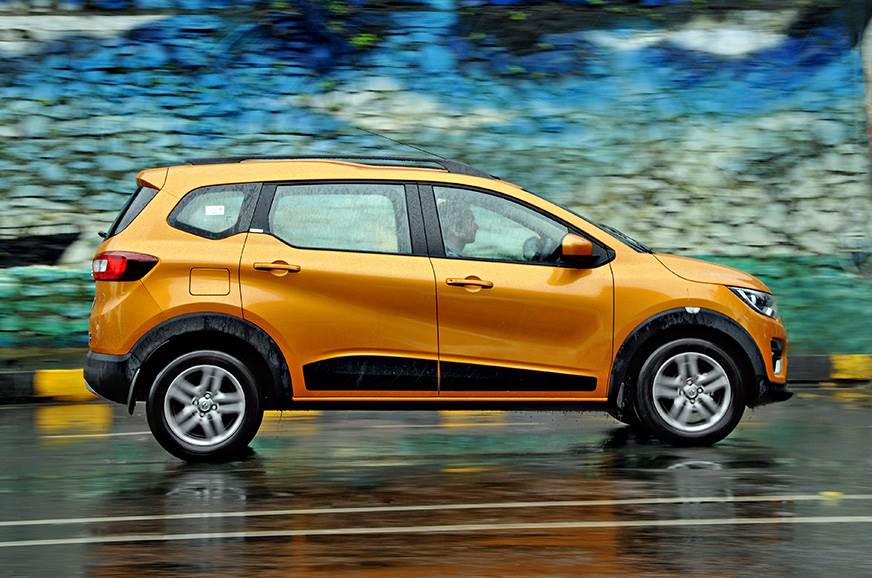 A slightly altered state of tune of the engine has improved the everyday driveability of the Triber in the AMT version, compared to the manual.

This has come at a small cost to fuel efficiency. Most AMTs return the same mileage as their manual counterparts, or in some cases a slightly higher figure, thanks to the computer-controlled shifts. However, going by the published ARAI figures of the Triber – 19kpl for the manual versus 18.29kpl for the AMT – the small drop in fuel economy is a price worth paying for the more effortless driving experience. 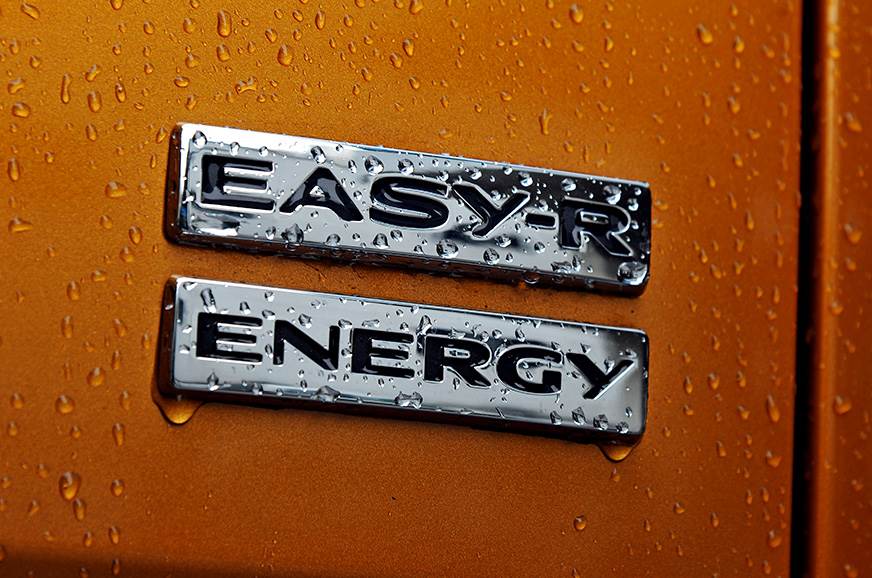 As with the styling, features and packaging, the ride and handling experience too remains the same as the regular manual version and that’s a good thing. Bump absorption is good and the Triber is easily able soak up the nasty bits that our roads can throw up.

Since the Triber AMT is available in the same top three variants as the manual, you don’t compromise on features. Additionally, priced from Rs 6.25 to Rs 7.29 lakh (ex-showroom), the AMT versions are Rs 40,000 more than the regular manuals and that’s pretty much par for the course with this type of gearbox. You don’t get extra features, but in addition to the convenience of not having to change gears, you surprisingly also get a better mid range. 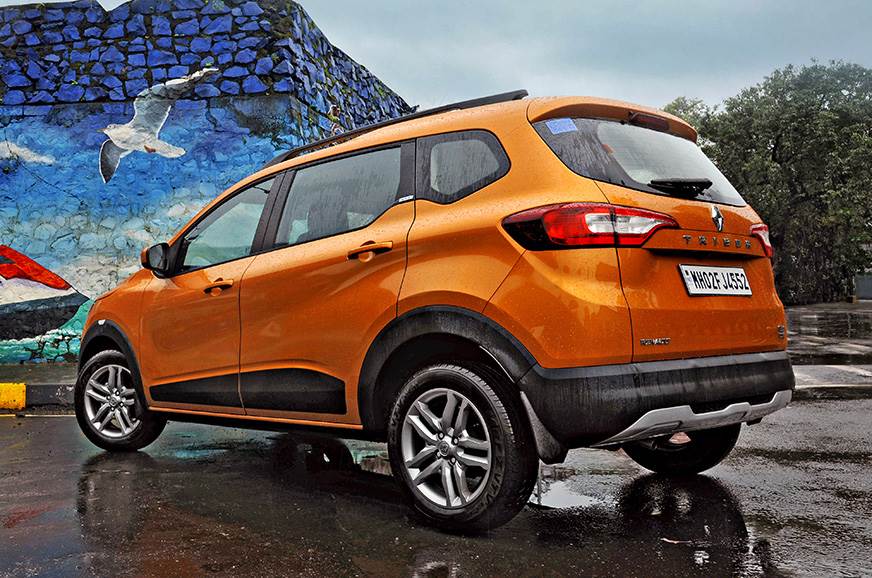 Triber AMT is Rs 40,000 dearer than the manual version; gets the same set of features though.

Of course, in absolute terms, power and performance aren’t strong, and if that’s something you can’t live without, you’ll have to hope the turbocharged version – due to launch next year – will remedy this. Or else you’ll just have to look at a higher segment. At this price point, there’s simply nothing else that can offer you the space, comfort and features, along with the flexibility of a seven seater.