The new turbo-petrol engine will make the Renault Duster one of the most powerful mid-size SUVs in India. 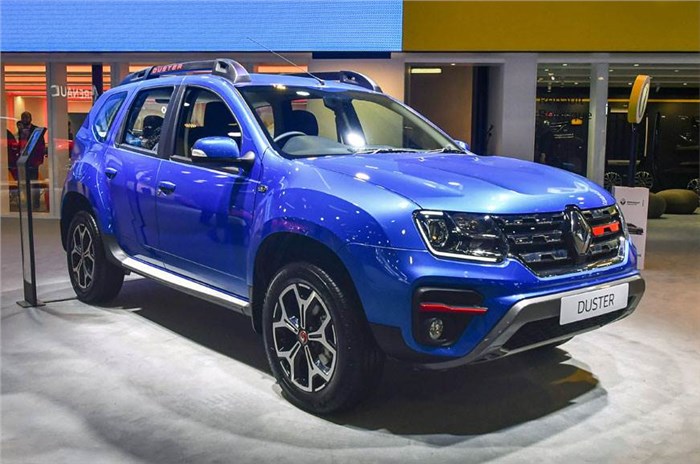 The Renault Duster turbo petrol, after making its India debut at the 2020 Auto Expo, is all set to be launched in India this month. We tell you what you can expect.

What all will be new on the Renault Duster turbo-petrol?

In terms of styling, there won’t be any major changes made to either the exterior or interior of the Duster turbo-petrol over the standard model.

That being said, it will get more features on the top-spec RXZ trim, such as fuel-saving engine stop-start, cabin pre-cooling via remote, automatic climate control, cruise control, hill-start assist, an 8-inch touchscreen, and more. It will even get a new set of 17-inch alloy wheels.

What engine will the Renault Duster Turbo use?

The engine in question will be a new 1.3-litre, turbocharged petrol unit (codenamed HR13) with direct-injection. It produces 156hp and 250Nm of torque, making it one of the most powerful petrol offerings in the mid-size SUV segment. It will be offered with both a 6-speed manual and a CVT automatic gearbox. The same engine is also offered in the recently launched Nissan Kicks turbo petrol.

It is also worth mentioning that the BS6 Renault Duster’s 106hp, 1.5-litre, naturally aspirated petrol engine will continue to be offered, though it will only be available in lower trims and with a manual gearbox option.

What will the Renault Duster turbo-petrol’s price be, and what will it rival?

Considering many engine components will be imported for now, prices for the Duster 1.3 turbo-petrol are expected to be a step above the 1.5 petrol version. Though we will know more closer to its launch, the Duster is still expected to offer good value for money compared to its rivals.

As for those rivals, the Duster Turbo will to take on the likes of the Hyundai Creta, Kia Seltos and the Nissan Kicks.

What else is Renault India going to launch?

Renault India is also working on the new Kiger compact SUV, which is slated to be launched in India later this year in October.

Renault Kwid gets a variant rejig and a price hike