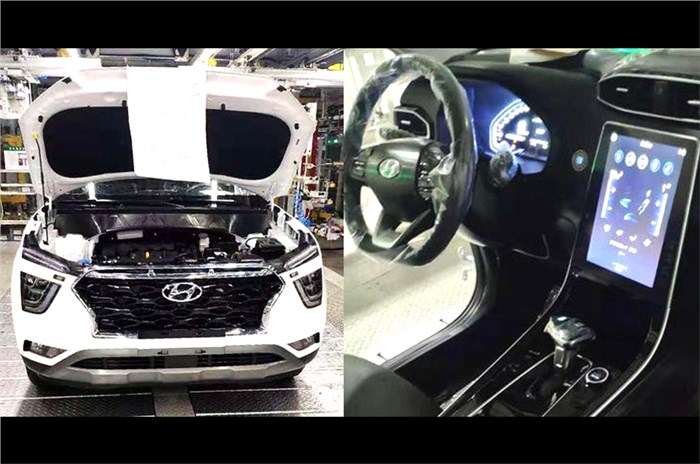 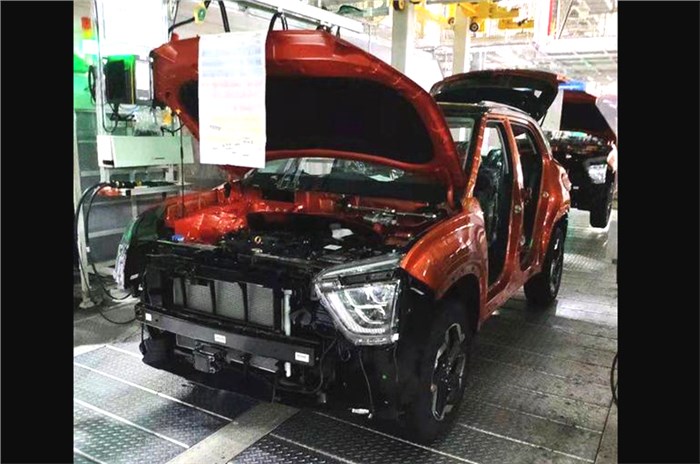 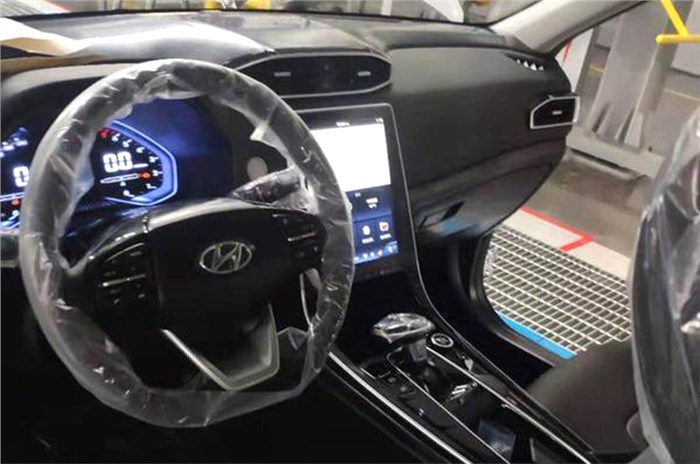 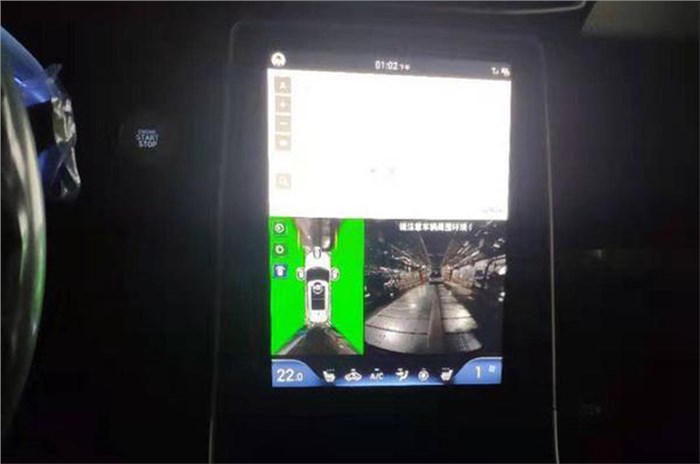 Hyundai unveiled the second-gen Creta earlier this year in China, where the model is sold as Hyundai ix25. The model has been since then been spied more than once in that market and, more recently, in India as well.  Now, a new set of images showing the new ix25’s interior have surfaced online from Beijing Hyundai’s plant, where production of the new model has commenced ahead of its launch in China around October this year.

This new set of images of the Hyundai ix25’s interior shows the model with an all-black interior layout – as opposed to the beige and black dual-tone combination that the show car at Auto China 2019 had. This could mean that the Creta will be sold in multiple interior layouts depending on the variant selected, just like the recently launched Kia Seltos. The all-black layout gets subtle doses of a piano black finish as well. The layout is quite simple with two large hexagonal shaped AC vents bang in the centre. However, the main party piece of the new Creta’s interior is the massive touchscreen infotainment system that is mounted below the AC vents. The new Creta’s infotainment system – which is Apple CarPlay and Android Auto-compatible and comes with SIM-based connectivity features – will also house controls for the AC and function as the display for the 360-degree camera.  Additionally, the model will also feature cooled seats, a fully-digital instrument cluster and more goodies like a panoramic sunroof, at least on the higher variants.

As far as dimensions go, the new Hyundai ix25 (Creta) has a 4,300mm length, which makes it around 30mm longer than its predecessor. At 1,790mm, the SUV is 10mm wider as well; but it's 1,622mm high, which actually makes it 8mm lower than the taller outgoing model that stands at 1,630mm (without roof rails). As these measurements are for the China-spec model, the Creta for India could get more ground clearance when it launches here. As reported by us earlier, the next-gen ix25 will share the same BS6-compliant 1.5-litre engine options as the Kia Seltos. In the Chinese market, the new 1.5-litre petrol replaces the old 1.6-litre unit; while for India, the new Creta will come with the 1.5-litre petrol motor as well as an the 1.5-litre diesel engine option. However, the big news is that the next-gen Creta for India could also come with a BS6-compliant 1.4-litre turbo-petrol motor, just like the unit under the bonnet of the Seltos GT Line variants.