New car and SUV launches in the coming months 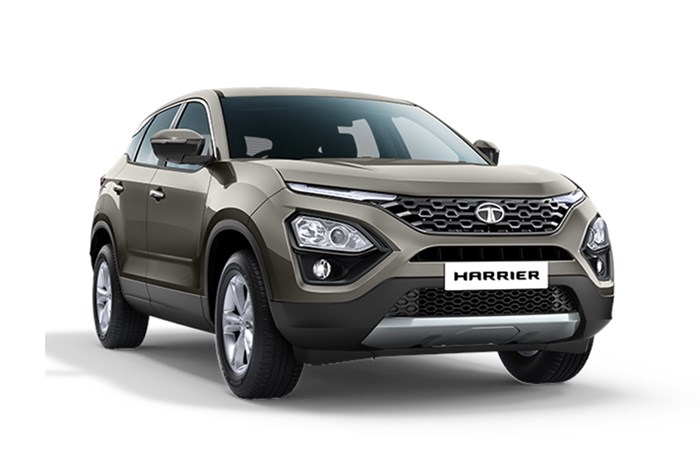 The Tata Harrier, Honda Civic, the Mahindra production-spec S201, Maruti Suzuki’s new WagonR and plenty of more cars and SUVs to look forward to in 2019.

This year saw mass market and premium carmakers try and make a greater impression in the Indian market by introducing a large number of facelifts and all-new models. 2019 is expected to see the same trend continue. Tata’s much anticipated Harrier is scheduled to arrive along with Mahindra’s proper competitor to the Maruti Suzuki Vitara Brezza and Tata Nexon. Luxury brands such as Audi, BMW and Porsche are also expected to launch a few new models during the first three months of next year.

Here’s our list of the cars and SUVs you can expect to be brought to showrooms from January to March 2019:

While it may be larger outside and inside than its international-spec counterpart (thanks to shared underpinnings with Renault’s Captur), the India-spec Nissan Kicks looks quite similar, if one discounts a few minor cosmetic changes. Nissan is expected to equip the Kicks with a 7.0-inch ‘floating’ touchscreen infotainment system with Apple CarPlay and Android Auto and segment-firsts like a 360-degree camera and a telematics-enabled smartwatch. Expect the Kicks to share the 106hp, 1.5-litre petrol and the 110hp, 1.5-litre diesel with the Renault Captur. In order to rival the Hyundai Creta, Nissan is expected to price the Kicks between Rs 9.4 lakh and Rs 15 lakh (ex-showroom).
Also see:
NissanKicksto be showcased at Autocar Performance Show 2018
NissanKicksto get segment-first features
2019NissanKicksvs rivals: Specifications comparison
2019 India-specNissanKicksfirst look video

The new Harrier is expected to make quite a statement, thanks to its attractive styling, large dimensions (in part due to sharing the Discovery Sport’s platform) and spacious interiors. While it will only launch in front-wheel drive format with a single diesel-manual powertrain option (the 140hp, 2.0-litre engine and 6-speed gearbox have been sourced from Fiat), it will come with a terrain select mode, similar to what its rival, the Jeep Compass gets. The Harrier will also be well equipped for its class and be priced competitively for what it is – an on-road price tag of between Rs 16 lakh and Rs 21 lakh is expected.
Also see:
TataHarriervs rivals: Feature comparison
TataHarrierfirst look video
TataHarriervariant breakup revealed
TataHarrierofficial details revealed
TataHarrier: 5 development secrets
2018TataHarrierimage gallery

The new Camry shares its all-new front-wheel-drive platform with the Lexus ES 300h that launched recently in India, which means its wheelbase has increased, thereby liberating more room inside. Probably the sportiest looking Camry yet, the cabin now gets a dashboard with a sweeping design, and an 8-inch touchscreen infotainment system incorporated in the centre console. The new Camry is expected to come in petrol and hybrid forms – the former is a 176hp, 2.5-litre engine while the latter combines the same petrol motor with a 118hp (88kW) electric motor, taking total output to 208hp.
Also see:
India-bound ASEAN-spec ToyotaCamryunveiled
Next-gen ToyotaCamryspied in India
New ToyotaCamryIndia-bound in 2019

While the India didn’t get the latest-gen Civic, it will finally arrive in facelift form with a 140hp, 1.8-litre petrol engine and the CR-V’s 120hp, 1.6-litre diesel motor. The former will come mated to either a 6-speed manual or an automatic transmission while the latter will come with a a 6-speed manual only. The rival to the Hyundai Elantra, Skoda Octavia and Toyota Corolla Altis looks far more stylish and is much better equipped than the previous model that was discontinued a few years ago in India. This should help Honda make a bigger dent in the segment this time around.
Also see:
2019HondaCivicspied in India
2018HondaCivicdiesel review, test drive

The refreshed Macan may not look all that different compared to the outgoing mode, but there are minor styling tweaks along with changes on the inside that include an updated infotainment system. Like its larger sibling, the Cayenne, the new Macan will not come with a diesel option, and only have a petrol engine lineup.
Also see:
PorscheMacanfacelift India launch in February 2019
2019PorscheMacanfacelift image gallery

Codenamed the QXi, the new Hyundai compact SUV will have plenty of design cues from the current range of Hyundai cars such as the cascading grille and the Kona-like split headlamp units. From the side, the Nexon rival is expected to look like its larger stable-mate, the Hyundai Creta. Engine options are expected to include a 118hp, 1.0-litre turbo-petrol and a 115hp, 1.5-litre diesel engine that is BS-VI-compliant.
Also see:
Every newHyundaifor the next five years
HyundaiQXicompactSUVto sport latest family design elements
HyundaiCarlino-basedcompactSUVspied in India

Mahindra hasn’t had much success in the compact SUV segment. As the brand’s TUV300 and NuvoSport did not set sales charts on fire, Mahindra will introduce a proper, monocoque-bodied rival to the Maruti Suzuki Vitara Brezza and Tata Nexon. However, it is expected to be priced at a bit of a premium compared to its rivals as Mahindra will endow it with segment-first kit in the form of a sunroof, a large touchscreen, cruise control and dual-zone climate control. Essentially a modified version of the SsangYong Tivoli, the production-spec S201 is expected to be powered by the Marazzo’s 1.5-litre diesel engine and a new 1.2-litre turbo-petrol motor.
Also see:
ElectricMahindraS201to launch in first half of 2020
MahindraS201to get multiple segment-first features
MahindraS201SUV interior spied

Like the current model, the new A8 will come in long-wheelbase guise and get a clean, contemporary dashboard, a restyled multi-function steering wheel and touchscreen controls similar to those seen on the Prologue concept car. The cabin will also feature a high-definition digital instrument display and a new MMI (Multimedia Interface) system with two separate displays on the centre console – a 10.1-inch unit and an 8.6-inch curved one. The India-spec A8 L is likely to be powered by a 250hp, 3.0-litre, six-cylinder diesel engine.
Also see:
2018AudiA8video review
2018AudiA8review, test drive
All-newAudiA8L spied in India

The all-new A6 has been given significant updates to keep up with competition like the BMW 5-series and Mercedes-Benz E-class. Expected to come with mild-hybrid petrol and diesel powertrains , the cabin gets three large screens – a 12.3-inch digital instrument panel, a 10.1-inch screen on top of the central console, and another 8.6-inch screen below it. The new model is also claimed to be more spacious on the inside.
Also see:
All-newAudiA6 spied in India
2019AudiA6 video review
2018AudiA6 review, test drive

The new WagonR continues with its traditional tall-boy design, which maximises inside space. While the latest-gen model is already on sale in Japan, the India-spec hatchback will sport a different look. The 1.0-litre petrol engine will continue with 5-speed manual and MAT options though an all-electric version is also expected at a later date. The Hyundai Santro and Tata Tiago rival will not be based on Suzuki’s new Heartect platform, in order to help keep costs in check.
Also see:
MarutiSuzukiWagonREV launch in April 2020
MarutiSuzukiWagonR-based EV prototypes begin road testing
Next-genMarutiSuzukiWagonRlaunch in early 2019

As the next-gen A-class is based on a modified version of the outgoing model’s MFA platform and features a 30mm longer wheelbase. The added length has increased the baby Merc’s partiality and provides more space in the cabin. Inside, the highlight of the new A-class is the widescreen cockpit display, which features twin 10.3-inch screens with digital instrumentation and touchscreen infotainment.
Also see:
Buying Used:Mercedes-BenzA-class
NewMercedes-AMG A 35 revealed
All-newMercedes-BenzA-classsedan revealed

The refreshed Figo won’t be all that different from the Aspire facelift that arrived earlier this year. The hatchback is expected to get the same 96hp, 1.2-litre petrol, 123hp, 1.5-litre petrol and 100hp, 1.5-litre diesel engine options, along with a 5-speed manual for the 1.2 petrol and 1.5 diesel and a , 6-speed torque convertor automatic for the 1.5 petrol. The outsides and insides will also be similar, down to the new 6.5-inch touchscreen infotainment system with Ford’s Sync3.
Also see:
Buying used: (2015-2018)FordFigodiesel
FordFigofacelift (Ka) gets three-star Latin NCAP rating
2018FordAspirefacelift: 5 things to know

The second-gen BMW X4 is noticeably larger than the X3, on which it is based. At launch, expect two powertrain options – a 252hp, 2.0-litre, four-cylinder petrol in the X4 xDrive30i and a 265hp, 3.0-litre, six-cylinder diesel in the xDrive30d. The interiors and equipment is shared with the new X3, which includes the latest iDrive infotainment system with a 6.5-inch display as standard or a 10.3-inch unit available as an option.
Also see:
2018BMWX4review, test drive
BMWX4spied in India
Next-genBMWX3 M andX4M take shape