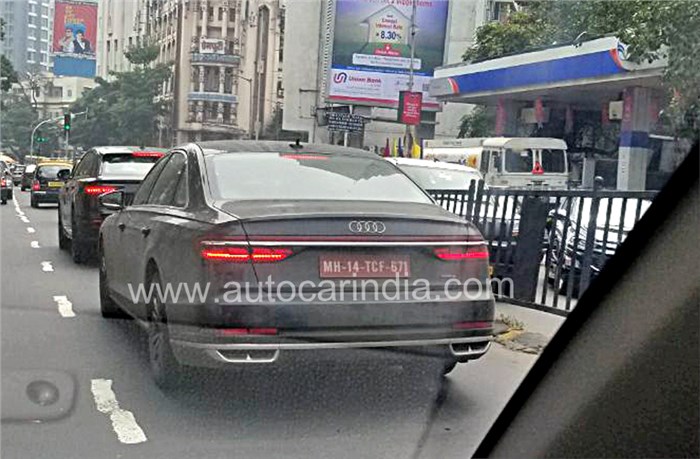 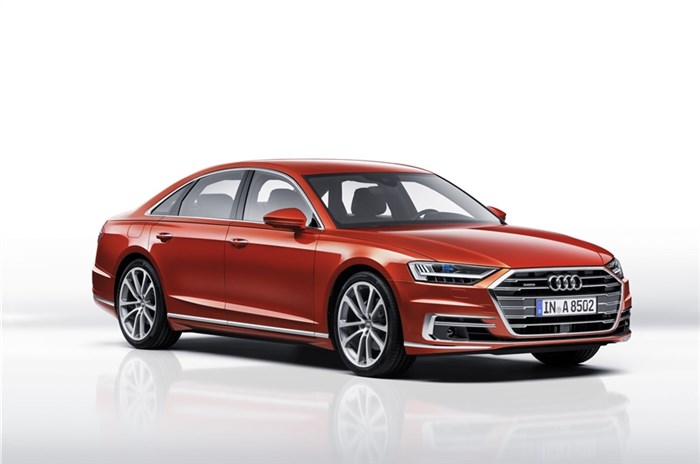 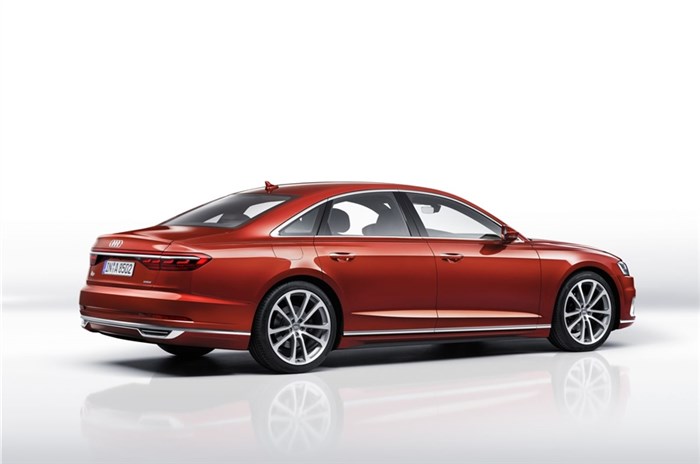 The next-gen Audi A8 sedan will be offered in the long-wheelbase guise and is scheduled to launch in late 2018.

Audi is all set to bring the next-gen A8 to India in the latter half of 2018. Like the outgoing model, the sedan will be available in the long-wheelbase guise. The new A8 is underpinned by Audi’s MLB platform and uses the same 48V electrical architecture as the SQ7 SUV.

The body structure makes use of aluminium, steel magnesium and carbon fibre to keep weight in check. The long-wheelbase version is5,302mm long,1,945mm wide, 1,488mm tall, with a wheelbase that is 3,128mm long.

On the inside, the luxury sedan gets a clean, contemporary dashboard, a restyled multifunction steering wheel and touchscreen controls that are similar to those seen on the Prologue concept car. The A8L’s cabin also features new front seats that are 4kg lighter than the outgoing car's, high-definition digital instrument graphics and a new MMI (Multimedia Interface) system with two separate displays – a 10.1-inch unit and an 8.6-inch curved one.

In international markets, the A8 comes with a very high level of autonomous technology including the optional Traffic Jam Pilot system that can take over driving duties in slow-moving traffic up to a speed of 50kph. However, it is not known whether this feature will make it to India.

The engine option for the Indian market at launch is likely to be the 3.0-litre, six-cylinder diesel engine that develops 250hp and 500Nm of peak torque.

The A8L will rival the likes of the Mercedes-Benz S-class and BMW 7-series. The test-mule was seen alongside the upcoming Audi Q8 SUV which was spotted for the first time on Indian soil.