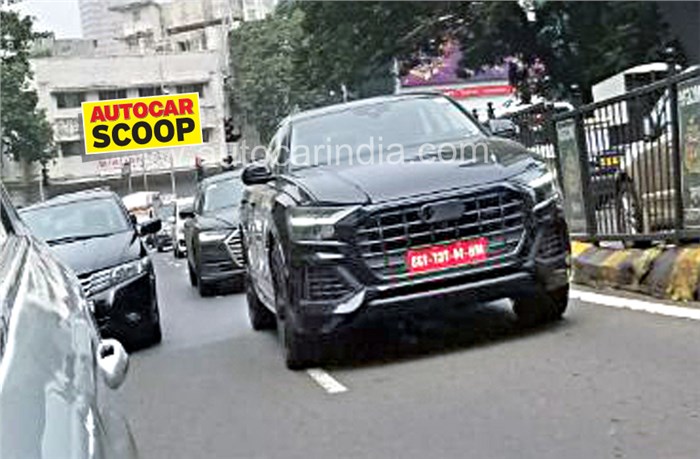 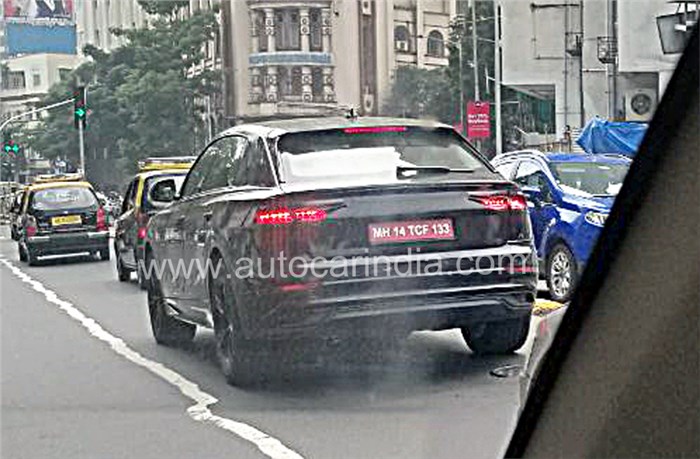 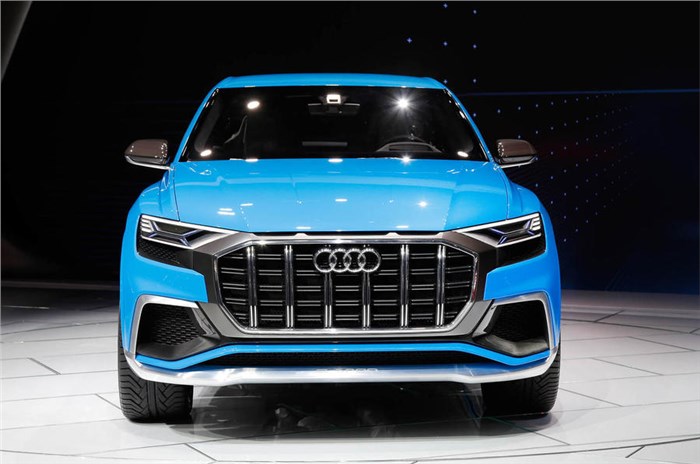 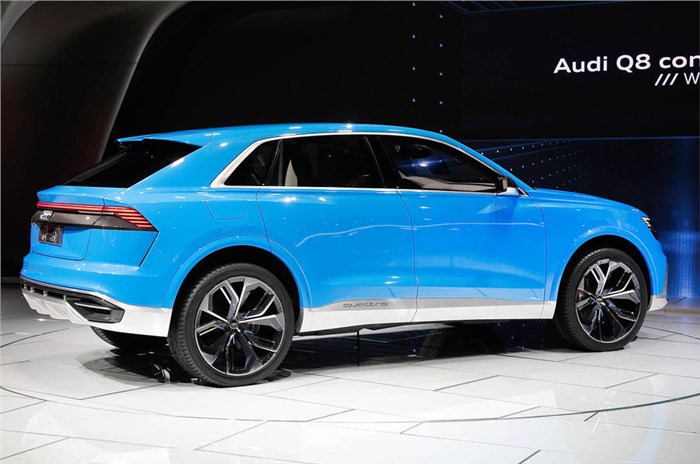 All-new SUV from Audi to be positioned above the Q7; production version yet to be revealed in full.

It is no surprise that Audi has been working on a four-door SUV-coupe based on its Q7 flagship SUV. The company showcased a Q8 concept way back in January at the 2017 Detroit motor show confirming its intentions.

Audi has been road-testing production versions of the Q8 for a few months, internationally. Now, in a first, a test-mule of this upcoming SUV has been seen on Indian soil. Audi is yet to reveal a production-spec Q8 globally with an official unveil slated to take place only next year. This is not the first time the company has brought in test-mules of its future models to India. Earlier, pre-production test cars of the now-revealed Q7, SQ7, S5 Sportback (recently launched in India) and a few other models were also seen in India ahead of its international launch.

As seen from the spy shots of the future Audi flagship SUV being tested in Mumbai, the vehicle more or less carries forward the concept’s exterior styling with a striking design that combines the large SUV footprint with a rakish coupe-like roofline tapering at the back.

Up front, the huge octagonal grille is carried over too. It arguably is larger than any fitted to a current production Audi. The grille itself tapers down and extends on to the front bumper. The Q8 will use the latest Matrix laser tech along with the familiar Audi LED daytime running lights doubling up as dynamic turn indicators.

The Q8’s cabin will strictly feature a five-seat layout or even a four-seat configuration for the higher-spec models. Inside, the Q8 will receive a reworked version of the Q7’s excellent cockpit, featuring a more driver-oriented centre console.

It is not known whether this Q8 mule is powered by just a conventional petrol or a diesel motor or has a combination of plug-in hybrid powertrain made up of a 3.0 TFSI petrol motor along with a lithium-ion battery mated to an eight-speed auto and Audi’s signature Quattro four-wheel drive tech. The Q8 is likely to feature electric turbocharging, supported by the Q8’s 48V electrical system which may also be introduced at a later date.

The test-mule seen in India features large alloy wheels finished in gloss-black, which look similar to the Q8 Sport concept that was revealed at the Geneva motor show earlier this year. This could mean this mule could be the SQ8 as well.

Expect Audi to unveil the production-spec Q8 globally sometime next year. The Q8’s direct rivals, the X6 and GLE Coupe are already on sale in our market, which could prompt the company to bring in the Q8 to our shores as well in the future.