Maruti begins road tests of its made-in-India electric vehicles in the country. All-new WagonR petrol likely to launch in early 2019. 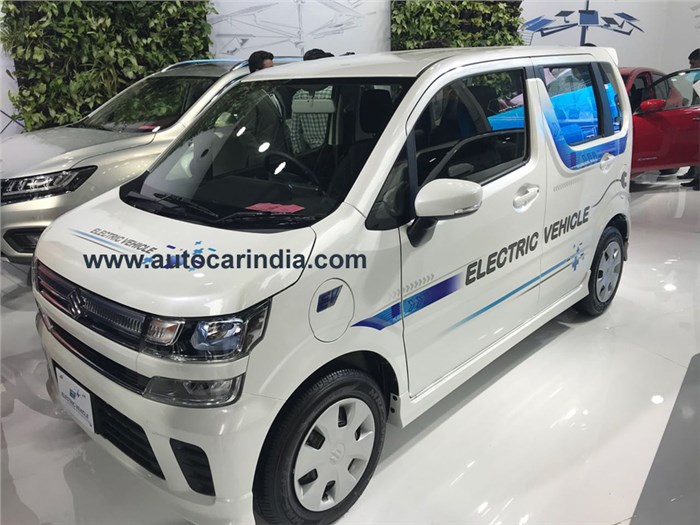 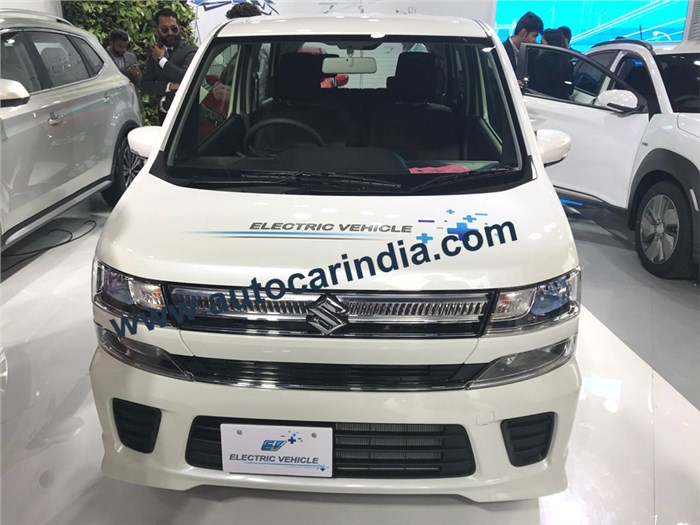 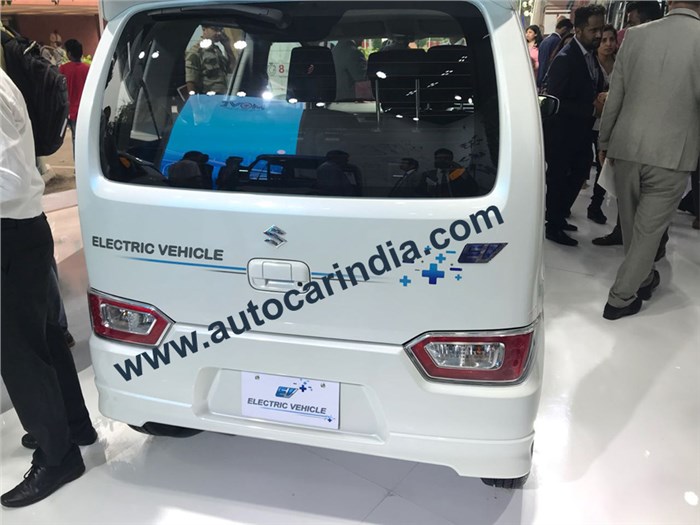 Maruti Suzuki has just unveiled a prototype electric vehicle at the ongoing MOVE Summit in New Delhi. While the company has not revealed any model name, only calling it only a prototype EV, the model showcased has similar styling to the Japanese-spec WagonR and it is safe to expect the production version to bear quite a few similarities.

The model showcased at the event has design cues that are shared with standard WagonR sold in the Japanese domestic market, which has been on sale since January 2017. The WagonR EV gets split headlamps and, despite being an EV, it also features a huge two-part grille. The front bumper also gets a huge grille section. At the sides is one of the boldest design elements of the new WagonR; a body coloured B-pillar that stylistically divides the car into distinct front and rear passenger sections. The pillar is thicker, especially at the base, and this is achieved by cutting into the rear-side glass at the bottom. The wing mirror is now placed on the door and not on the pillar.  Moving to the back, the new WagonR EV gets a clean tailgate with the sunken tail-lamps mounted just above the rear bumper.

Maruti will launch the WagonR EV in the Indian market in April 2020. The company has not yet revealed specifications of the India-bound model, or where the components have been sourced from. However, the vehicle shown at the event stood on MRF tyres. Maruti had stated earlier that the WagonR EV is likely to cost more than twice the price of the standard car at launch and this still remains the same. These road tests will help the company find a balance between the car’s range, charging time and pricing.

According to a statement released by Maruti, this will be the vehicle that will be used for real word road-testing in India. These prototype electric vehicles have been developed on an existing model by Suzuki Motor Corporation, Japan and manufactured at Maruti Suzuki Gurugram Plant in India, exclusively for the India testing.

Maruti has also stated that testing of these 50 electric vehicles will help gather critical input based on customer perspectives. This extensive real-life usage of the vehicles will help to validate and develop the new technology. The company says that this exercise will help to create a reliable and suitable EV for India.

The next-gen WagonR powered by a petrol engine is expected to launch in early 2019.