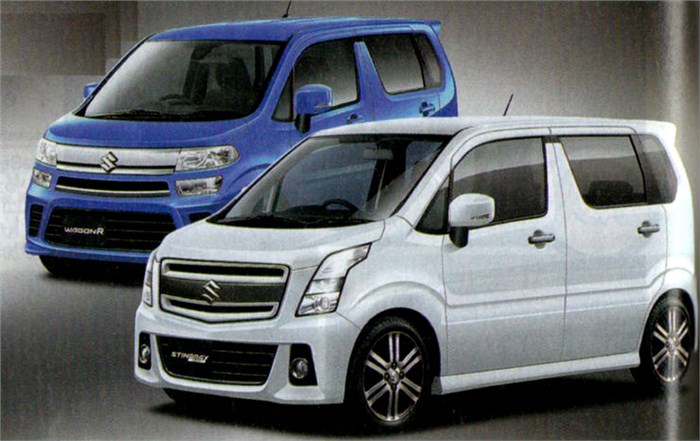 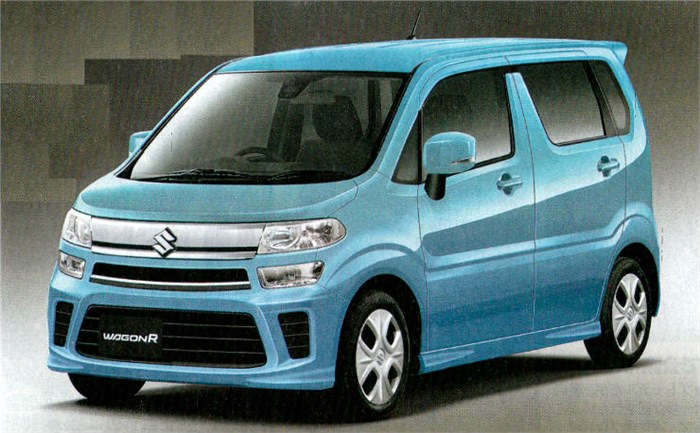 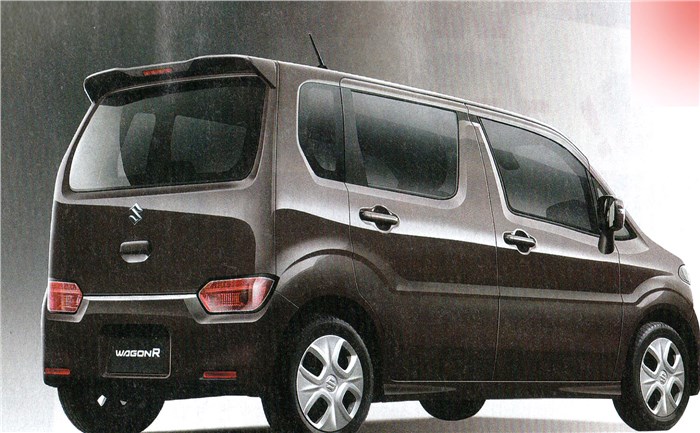 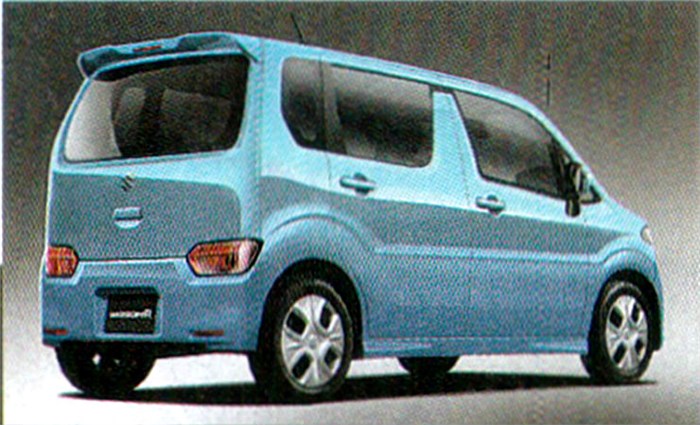 The first set of pictures of the next-gen Suzuki WagonR and WagonR Stingray have surfaced in the Japanese online media, ahead of the car's official unveil this month. The 2017 Suzuki WagonR's styling sees a clear departure from the current model. The current car’s simple and understated styling has been replaced by a more quirky one with bolder design details.

Suzuki’s designers seem to be inspired by the styling of big American SUVs. The standard WagonR now comes with split headlamps along with a huge two-part grille, reminiscent of the Chevrolet Tahoe SUV sold in international markets. The front bumper also gets a huge grille section which adds to the car's bold look. At the sides is one of the boldest design elements of the new WagonR; a body coloured B pillar that stylistically divides the car into distinct front and rear passenger sections. The pillar is thicker, especially at the base, and this is achieved by cutting into the rear side glass at the bottom. The wing mirror is now placed on the door and not on the pillar. The WagonR gets mild fender flares and a prominent body line that runs across its length towards the lower edge.  Moving on to the back, the new Suzuki WagonR gets rear styling similar to the Japanese Alto with a clean tailgate with the tail-lamps sunken low down just above the rear bumper.

The Stingray gets a wider one-piece grille than the standard car and vertical headlamps stacked on either corners, just like the ones seen on Cadillac SUVs. The bumpers are slightly different than the standard car but continue the bold look. There are no images of the interior or news on the engine front, but one can expect the new WagonR to share engines with the Japanese-spec Alto, which will include the popular 660cc petrol motor.

There is no word on the India launch. But if the car does make its way to our shores, expect Maruti to tweak the styling as the typically quirky small Japanese car styling would not go down well in our market. A lengthened front end could also be needed for a larger engine bay to house the 1.0-litre engine.

More details on the new WagonR will be updated here as we get them.