S201 compact SUV could be the most powerful and feature-packed compact SUV in the segment; launch in late 2018. 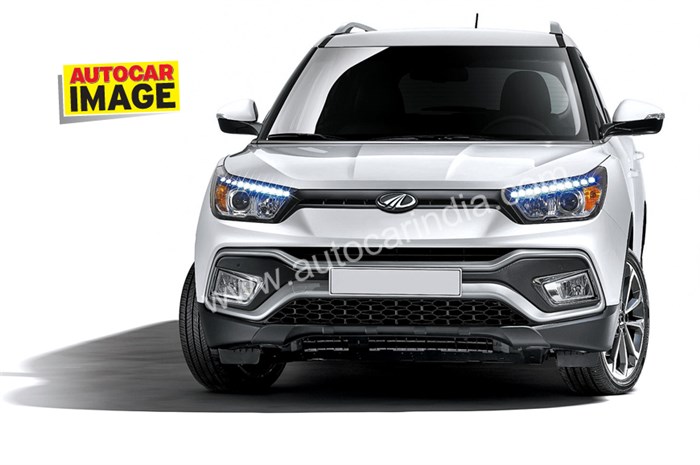 Mahindra will have a busy second half of 2018. It has recently launched the Marazzo MPV and will be bringing the Y400 SUV, its version of the SsangYong Rexton, in the run up to the festive season. Its third launch in the remainder of 2018 will be its compact SUV, known by its codename S201. The compact SUV segment is becoming increasingly crowded but it seems like Mahindra will have some aces up its sleeve to distance the S201 from popular models like the Maruti Suzuki Vitara Brezza and Tata Nexon.

First up, the Mahindra is expected to have an edge in terms of power. The S201 compact SUV will come powered by the same 1.5-litre four-cylinder diesel engine that was recently introduced in the Marazzo MPV. This engine delivers a healthy 123hp and 300Nm in the MPV, if Mahindra sticks to the same state of tune, these would make the S201 the most powerful compact SUV. In comparison, the Maruti Suzuki Vitara Brezza comes with a 1.3-litre diesel good for 90hp/200Nm, the Tata Nexon comes with a 1.5-litre diesel that churns out 110hp and 260Nm of torque, while the Ford EcoSport’s 1.5-litre diesel produces 100hp and 205Nm.

While the output figures should help give the S201 strong performance, the Mahindra will also be the first compact SUV to offer four-wheel disc brakes. Also, top-spec S201s are expected to come with stylish 17-inch alloy wheels, currently only offered on the Ford EcoSport Signature and S trims. The Maruti Suzuki Vitara Brezza and Tata Nexon come with 16-inch alloy wheels.

Mahindra will also equip the SUV with multiple features that are not yet available in this category. First, the top-spec S201 is likely to come with a panoramic sunroof. This feature is something that has become more and more sought after these days for many mass-market vehicle buyers. While this may not be a deal breaker for many, this feature only adds to the appeal. The S201's key rivals like the Vitara Brezza and the Nexon are not available with factory-fit sunroofs though top-spec variants of the Ford Ecosport do come with a standard-size sunroof in our market.

On the inside, while the S201's dashboard will draw heavily from the SsangYong Tivoli’s (the model which it is based on), which means premium quality bits are likely to be carried over. Features like a large touchscreen with various functions, cruise control and the works are expected to be available at least on the top-spec trim. However, we can confirm that the model will come with dual-zone automatic climate control, again, unique to the segment.

Lastly, there is buzz of Mahindra equipping the S201 SUVs with full-LED headlamps along with LED daytime running lights. A few sightings have also indicated that it will come with full-LED tail-lamps as well.

On the safety front, the S201 is likely to come with seven airbags (another segment first), ABS, ESP and rear parking sensors too. The monocoque-bodied S201 SUV will resemble the SsangYong Tivoli in terms of looks but with unique front and rear styling.

Mahindra has not yet managed to crack the compact SUV segment with ladder frame models like the Quanto, NuvoSport and TUV300 that are unable to take on established rivals. In the S201, Mahindra could just have the model with the right ingredients.

Would the power and features make the Mahindra S201 a compact SUV you’d consider? Let us know in the comments section below.