The Ford Aspire has finally got a makeover. It gets a new look, new engines, new gearboxes and, of course, additional kit. But how much has that improved the compact sedan? We drive the new 1.2 petrol and the 1.5 diesel versions to find out. 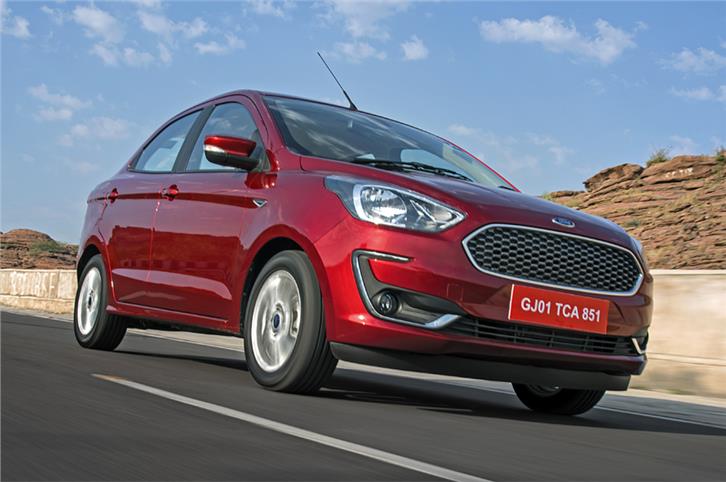 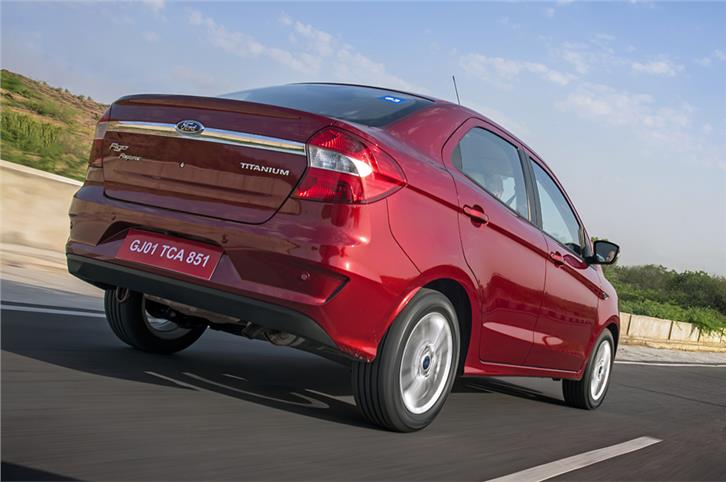 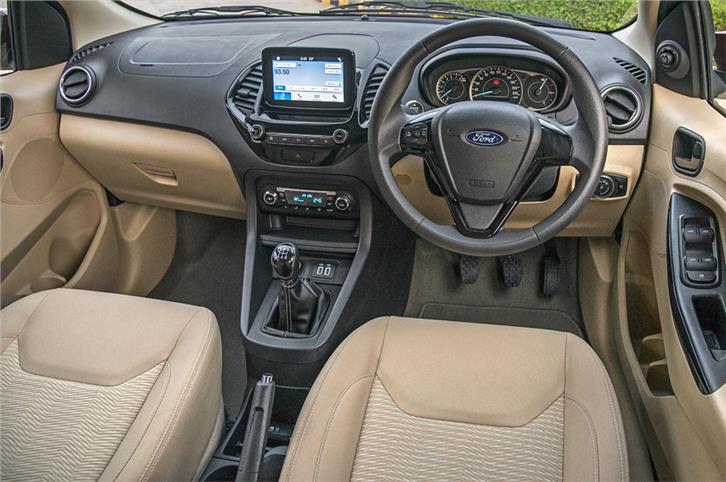 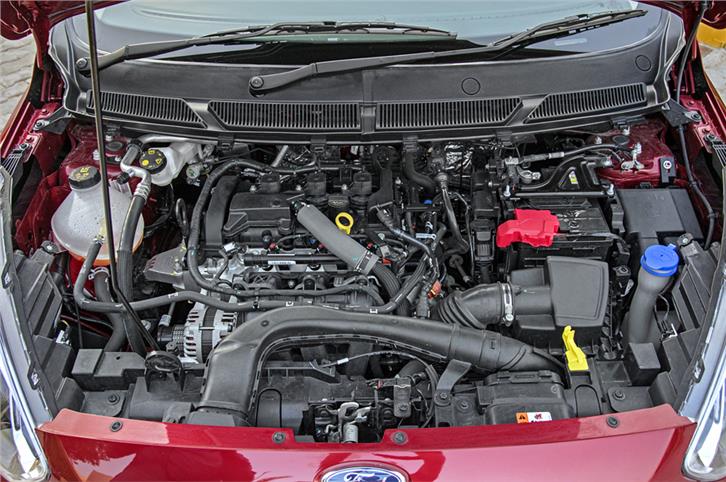 Ford has taken its time to update its compact sedan, the Aspire. The good news, however, is that it has done a pretty thorough job. It looks more grown up now, what with its more sophisticated headlight and grille combo. Ford has used a lot more bling in the nose, and with the lower part of the chin finished in black, the new Aspire looks sportier too. There aren’t many changes to the rear except for the redesigned bumper, but what Ford has done is upped the wheel size; top-spec Aspires now run on 15-inch alloy wheels shod with 195/55 R15 tyres. The bigger multi-spoke alloys have a simple yet classy design and the wheels now look more proportionate to the body.

Also new are the petrol engines and gearbox options. The previous 88hp, 1.2-litre, four-cylinder petrol engine has been replaced with the new 96hp, 1.2-litre, three-cylinder 'Dragon' petrol engine; first seen on the Freestyle. While this engine packs more power, Ford also claims it is more efficient by 2.24kpl; a considerable amount. In addition, the 110hp, 1.5-litre petrol engine has also been replaced by a more powerful 123hp, 1.5-litre petrol unit (the same three-cylinder Dragon engine that powers the EcoSport). And this time, it gets the same auto 'box as the Ecosport as well; a 6-speed torque converter unit (used in place of the earlier twin-clutch gearbox). What carries on unchanged, however, is Ford's very tractable and strong 100hp, 1.5 diesel (codenamed Tiger). If it ain't broke, why fix it, right? 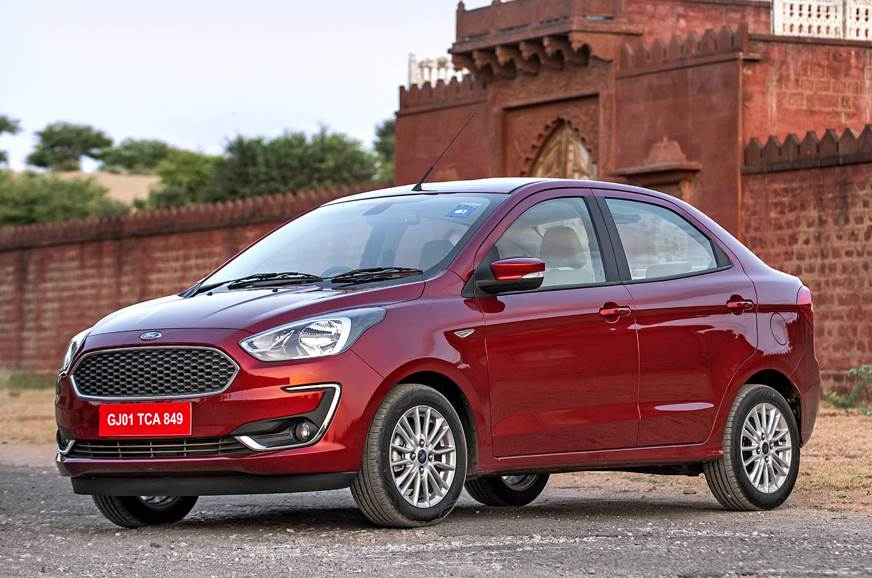 Apart from the cosmetic updates and new engines, there are also many changes to the equipment list. Important additions include a 6.5-inch touchscreen with Ford’s Sync 3 infotainment system (finally), two USB ports, an auto-dimming inside rear-view mirror (IRVM), auto headlamps and wipers, and a rear parking camera with sensors.

Get into the car and you are greeted by the familiar two-tone black and beige dashboard. The major change on the inside is the addition of the 6.5-inch touchscreen with the Ford Sync 3 system on the top-of-the-line Titanium+ cars. The unit is seamless in operation, very responsive and offers a level of slickness similar to that of most smartphones. The interface is intuitive and easy to understand, the display goes bright enough for even drives across a desert and what enhances the experience manifold, is the presence of Apple CarPlay and Android Auto. Even connectivity has been enhanced with an improved Bluetooth system and an extra USB slot (Titanium+ only). And if you look closely, the dials have been upgraded too. They now get a carbon fibre-like texture; much nicer than the plain looking earlier dials. 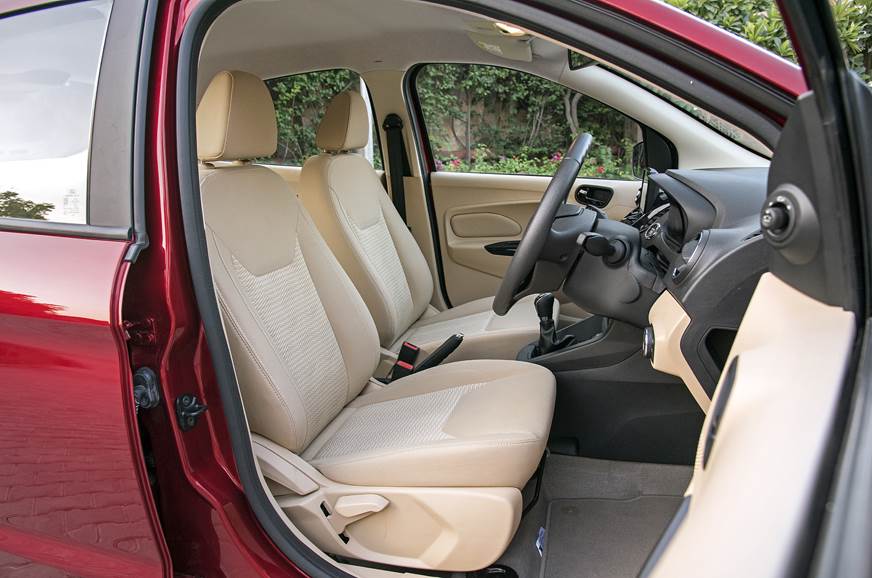 With its new rubberised screen control knobs and additional chrome, the cabin has been given a bit of a lift too. The piano black surfaces, carried over from the earlier car, add to the premium feel, there are no badly built bits and most of the plastic bits feel hard-wearing. Quality levels, however, are a step down from those seen in the Dzire, and what the Ford also lacks is that sense of space the Maruti cabin delivers.

The Aspire's cabin is as practical as ever, especially up front. The door pockets are very accommodating and are smartly designed to hold bottles of all sizes; the glovebox is massive and there's even a nicely executed stowage area between the seats where you can keep all sorts of odds and ends.

Overall visibility from the driver’s seat is good. Even tall drivers can find a comfortable driving position quite easily, and the wide front seats provide good under-thigh and shoulder support as well. More importantly, the seats cushioning is just right.

Legroom in the rear is good as well due to the Aspire's long wheelbase (the longest in its class), and the seat, though not as good as some rivals, offers good support and a nicely reclined backrest. Shoulder room is tight though, as is the headroom, especially for passengers taller 6ft. 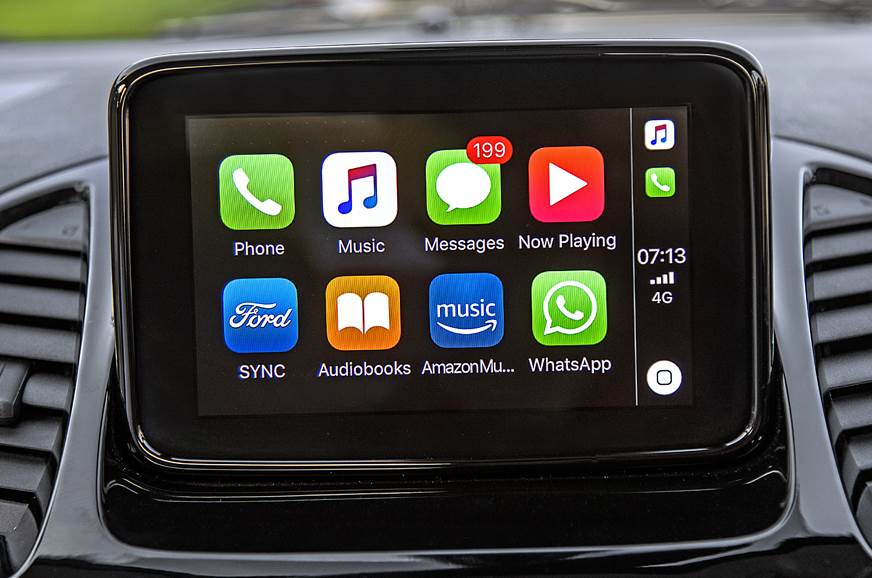 The new 1.2-litre, three-cylinder, naturally aspirated Dragon engine made its debut in the Freestyle, and, on the Aspire, it is mated to a new 5-speed manual transmission. Producing a very strong 96hp – the highest among petrol-manual compact sedans – the engine is surprisingly smooth and silent for a three-cylinder unit at low revs. In fact, it feels as smooth as four-cylinder unit.

Low-engine speed performance still is a bit lacklustre. Yes, it does feel marginally better than the earlier 1.2 at low speeds, and that is important, but it still isn't as responsive as it should be below 2,000 or 2,500rpm. And what makes it worse is that low-speed pulling power isn't great either. This means you either stay in a low gear or be prepared to shift up and down the 'box often in traffic. Luckily, the new gearbox has short throws and is easy to slot into gear, while the clutch is light too.

Things get much better past the 2,500rpm mark. The flow of power is much stronger; the Aspire accelerates harder past 3,000rpm and the engine even has a sporty snarl to it, which is nice. In fact from 3,000 to around 6,000rpm, the engine feels so well up to the task, it is quite enjoyable to drive. If only it had a stronger bottom end though. 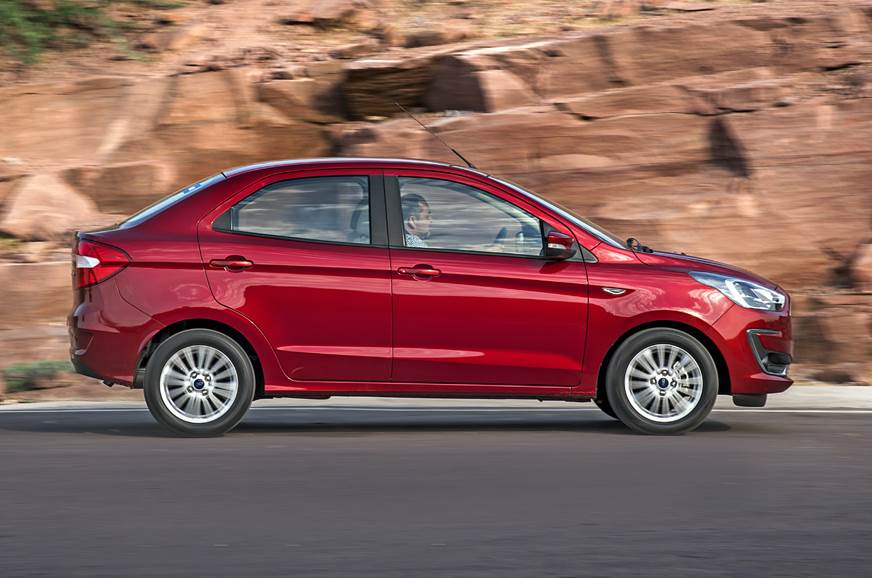 The 100hp, 1.5-litre diesel engine has been carried forward from the previous Aspire. No major changes have been made to the engine, and as a result, it continues to deliver strong acceleration from just 1,500 or 1,700rpm. Yes, there is a hint of turbo lag, but if you have your foot down, the turbo spools up so fast and delivers such a strong and sustained surge of power, it feels a lot more thrilling to drive than the petrol. What's nice is that it pulls hard all the way to the redline. Even the clutch is well weighted and the new gearbox is light, precise and a real delight to use.

At higher engine speeds it gets a bit noisy, and for the most part, it's clear this is a diesel. Still, the taller gearing on the diesel Aspire does manage to make it a better cruiser and feel more relaxed at highway speeds.

Where the Aspire also leads the class is in the areas of ride and handling. Ford's beautifully tuned suspension handles bad roads extremely well with very few broken patches of road transferred through to the cabin. What’s more, the suspension is fairly silent while going over bad roads; only sharp and deep potholes are heard and felt inside the cabin. Our only complaint is that there's a hint of bobbing if the surface of the road is less than perfect. 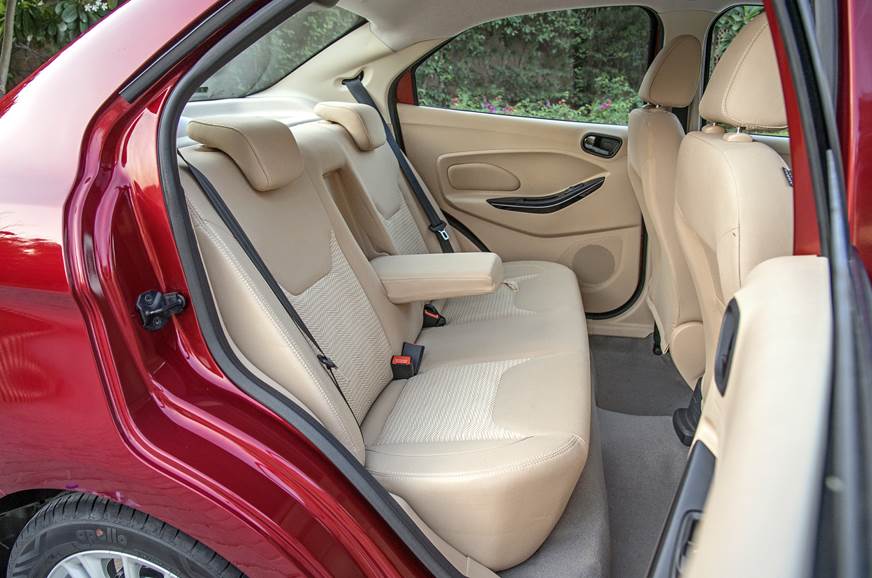 High-speed stability is also good. There is a bit of body roll and steering feel when you get into a corner, it isn't great, but apart from that, the Aspire feels so on the ball. Even when you up the speed, it is easily the most entertaining car to drive in its class. Tight corners, long bends, poorly surfaced roads, the Ford can take whatever you throw at it. The electric power steering is light enough to make driving in bumper-to-bumper traffic not feel like a chore, and it is well weighted and feels nicely connected to the road in corners. The only fly in the ointment is that the ABS kicks in a little early, especially on bumpy sections. In general, the brakes are so sharp and beautifully set-up, they add considerably to the overall driving experience.

With its new engines, upgraded equipment and more aggressive pricing, the new Aspire has a lot more to offer now. A proper step up from the one it replaces, this is a car that now feels like it is back in the game. The facelift makes it look fresh, the cabin is now nicely updated, its new gearboxes make it light and easy to drive, and with its new price, the Aspire now undercuts most of its rivals. The new petrol engine may feel a bit lethargic at low engine speeds, some rivals may feel larger inside and out, and others may be better equipped too. But, if you are looking for a car that's practical as well as entertaining and enjoyable to drive, no other car in this class delivers a stronger performance. Make sure you drive the diesel before you sign on the dotted line; it sure does hit the spot.