Every new Hyundai for the next five years

We take an exclusive deep dive into Hyundai’s upcoming range of cars for India. 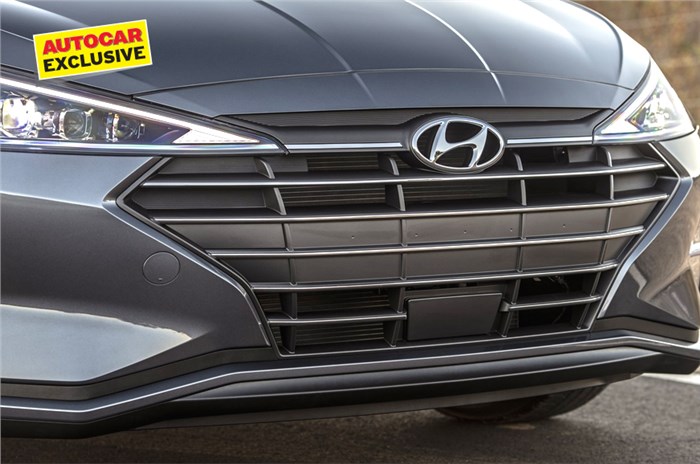 Hyundai Elantra facelift is likely to come to India by end-2019.

Korean car giant Hyundai made its India entry in 1998 and has since marched steadily forward in our highly-competitive market. In the coming years, its Indian line-up will feature a model in just about every segment possible. Although this time, SUVs are the major focus. Most of this has been kept tightly under wraps, but we’ve managed to get hold of details that illustrate just how serious Hyundai is about closing the gap to market leader Maruti over the next five years. 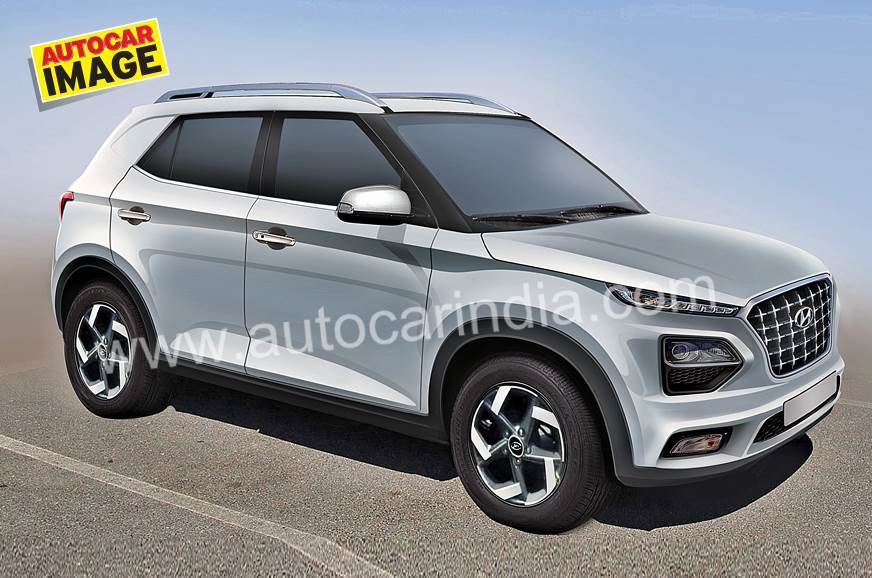 Around March 2019, Hyundai will launch its sub-Creta SUV, which is known internally as the QXi, but could be called ‘Styx’. It will have a classic, upright SUV shape and resemble the Creta in profile. Its wide grille, square wheel arches, tight skinning and modern headlight and grille combo follow Hyundai’s latest SUV design language. The QXi will be powered by a 1.0-litre, three-cylinder, turbo-petrol engine with around 118hp, and the reason for choosing this instead of the naturally aspirated 1.2 Kappa is because Hyundai believes the “strong mid-range torque of the turbo will be essential for the compact SUV.” The SUV will also come with a new, BS-VI-certified 1.5-litre diesel engine with 115hp and 250Nm which will also power the refreshed Verna. 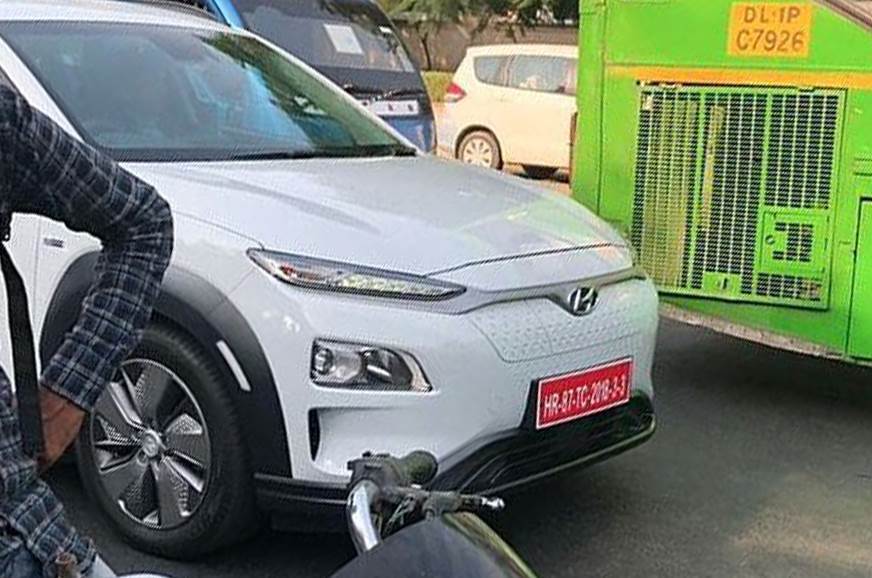 The Kona crossover will be Hyundai’s first EV in India, when it arrives in June 2019. It uses a 39.2kWH battery pack that allows it a range of 300km. The e-motor churns out 134hp and a healthy 395Nm of torque, which propels the Kona EV to 100kph in 9.7sec and on to a top speed of 155kph. The lithium-ion battery pack can be charged in as little as 54 minutes to 80 percent capacity from a 100kW fast charger, or in 6 hours and 10 minutes from a standard AC source. The best part is, Hyundai is planning to locally assemble the Kona EV, which should make for a competitive price of close to Rs 25 lakh. 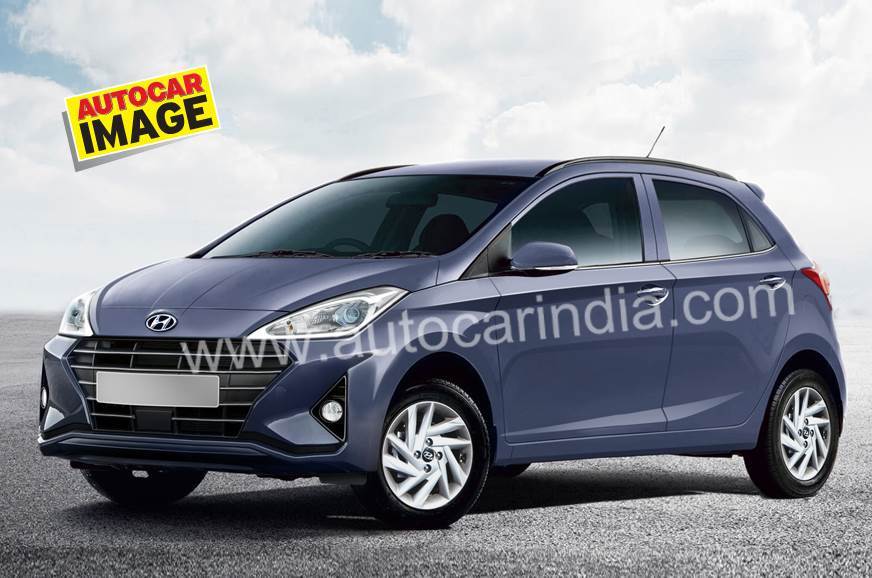 Testing for the next-gen Grand i10 is well underway and the car is expected to make its global debut early next year; an India launch can be expected in the second half of 2019. The new Grand i10 gets sharper styling with the signature cascade grille that now merges with the headlamps, as on the refreshed Elantra. It’s aimed squarely at the new Swift, including its dimensions, and it will feature a wider stance with less of a ‘tall boy’ profile. Expect improved cabin space along with better equipment, like a larger touchscreen and even a sunroof. It will, however, likely use the same set of engines, a 1.2 petrol and diesel. An AMT gearbox, however, will replace the outdated torque converter unit seen in the current car.

New Xcent sedan
The second-gen Xcent compact sedan will follow the new Grand i10’s launch and, as expected, will share its underpinnings with its hatchback sibling along with some exterior bits. But the new Xcent will get a unique identity and a ‘bigger’ look this time. It could get longer rear doors, more legroom at the back and proper sedan-like proportions. Expect rear AC vents with 12V and USB charging ports at the rear and even a sunroof. Like the new Grand i10, expect the same engines to return, but for the auto gearbox to be an AMT.

Next-gen Hyundai i20 (PI3)
The third-gen i20 is expected to hit showrooms in 2020 and will enter the market to compete with not only the Baleno and Jazz, but also Tata’s upcoming 45X hatchback. Expect a feature-laden cabin with a larger touchscreen and a sunroof. The same engine options, a 1.2-litre petrol and a 1.4-litre diesel are likely to continue, and so is the CVT petrol-automatic variant.

New Hyundai Creta
The sequel to Hyundai’s blockbuster SUV will see improvements in its dimensions and features list, and will get the brand’s latest styling theme too. A new set of 1.5-litre, BS-VI-compliant petrol and diesel engines will power the new SUV, which will be available in five- and seven-seat configurations. Yes, that’s right, in its next iteration, Hyundai will introduce a slightly larger 5+2-seat version of the Creta sometime in 2021. 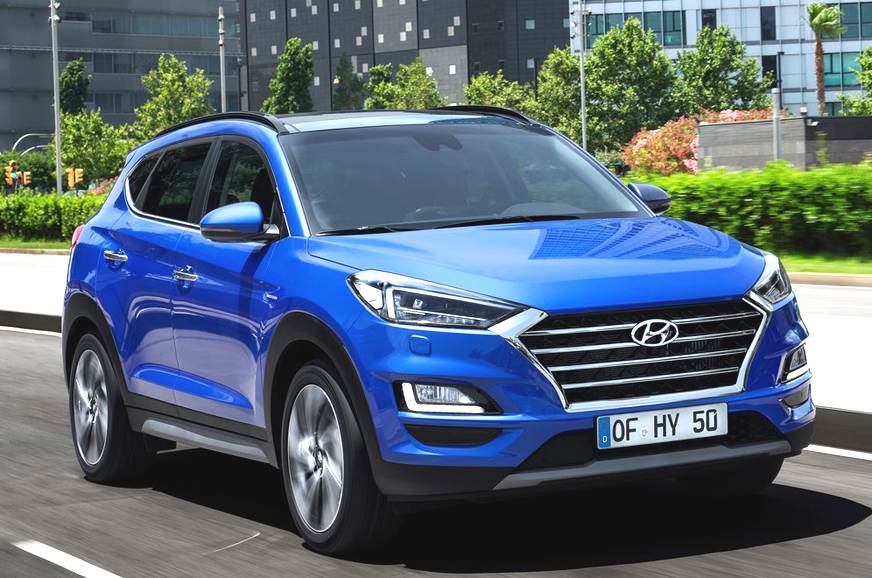 Hyundai will launch the facelift of the current-gen Tucson first, but it is already at a fairly advanced stage in the design and development of the next generation of the SUV. For India, the Tucson will be sold in a seven-seat layout only, with a pair of plush ‘captain’ seats for the middle row and features such as a head-up display, wireless charging and advanced telematics. It will also come with the latest diesel and petrol powertrains that will comply with not just BS-VI emission norms but also the tougher RDE (Real Driving Emissions) cycle that is expected to come into effect in 2023.

Hyundai Micro SUV
Hyundai’s smallest offering in the booming SUV market will be a new micro-SUV. This model will be a direct rival to the likes of the Renault Kwid and the production version of Maruti’s Future S concept. A 1.2-litre petrol is likely to power this tiny SUV, with no diesel option on offer.