All-new Creta to get five- and seven-seat variants; will be powered by a new set of BS-VI-compliant engines. 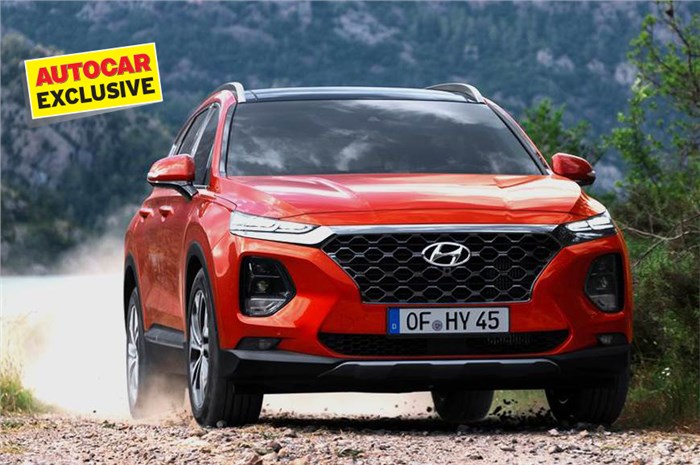 Next-gen Creta could get styling similar to the latest Santa Fe (pictured).

Hyundai has started work on the second generation of its blockbuster SUV, the Creta. While it is understood that the new Creta will see improvements to its dimensions and feature list, it will also get Hyundai’s latest styling too.

A new set of 1.5-litre petrol and diesel BS-VI-complaint engines will replace the current set of powerplants. These engines will be similar to the ones seen on the Verna facelift. However, the big news is, Hyundai will sell the next-gen Creta in two seating configurations. Initially, a five-seat model will be launched towards the end of 2020, and a seven-seat Creta will be introduced in 2021.

The next-gen Creta will see competition from the Nissan Kicks, new SUVs from Volkswagen and Skoda and five-and seven-seat variants of the Tata Harrier to name a few.

Pricing-wise, the seven-seater is likely to replace the current-gen Tucson’s position in Hyundai’s line-up, pushing the next-gen Tucson even higher.

The next-gen Tucson will also be a seven-seat model and will get features like a heads-up display. Read more on that here.

Hyundai Tucson facelift coming in May 2019