The Brezza and the Venue are newest of the lot. We compare all compact SUVs to see how they stack up on paper.

The compact SUV segment recently saw the launch of the all-new Maruti Suzuki Brezza and the Hyundai Venue facelift. This body style and size continue to be a favourite among car buyers, and with numerous offerings still in contention, the new Brezza, as well as the updated Venue, have their work cut out. We compare the new Maruti Suzuki Brezza against all its rivals on paper to see how they stack up in terms of size, engine options, specifications and price.

The new Maruti Suzuki Brezza measures 3,995mm in length, 1,790mm in width, 1,685mm in height, and has a wheelbase of 2,500mm. While the length, width and wheelbase remain the same as the previous model, the height has increased by 45mm, primarily due to the addition of a shark fin antenna on the roof.

At 1,685mm, the new Brezza is the tallest SUV of the lot and measures 38mm more than the second-place Sonet. As for the wheelbase, at 2,500mm, it is at par with most other SUVs, but 100mm shorter than the XUV300, which has the longest wheelbase in the class.

The Brezza’s 328-litre boot is one of the smallest in the segment and only larger than the XUV300’s by 71 litres. The Maruti, however, has one of the largest fuel tanks, at 48 litres. All SUVs ride on 16-inch wheels.

In essence, the 1.5-litre engine does not make for a direct comparison with either the smaller displacement naturally aspirated engines or the turbocharged ones. Still, the Brezza and the Urban Cruiser are more powerful than all other naturally aspirated offerings in the segment. Conversely, its also less powerful than its turbocharged rivals with the exception of the Magnite turbo and Kiger turbo.

Maruti has paired the Brezza's 1.5-litre NA engine with a 5-speed manual gearbox, which is a similar engine-gearbox combination to its rivals' naturally aspirated offerings. For the automatic gearbox, the Brezza and the Urban Cruiser are the only ones with a torque converter unit, with the former using a new 6-speed gearbox as opposed to the latter’s dated 4-speed unit. All other compact SUVs offer a mix of iMT, AMT, CVT or DCT gearboxes.

The Brezza may be low in terms of powertrain options or overall output figures, but it more than makes up for it on the fuel-efficiency front. Aided by mild-hybrid technology, the new Brezza is the most fuel-efficient SUV in this segment, in both manual and automatic guises. The Urban Cruiser is the only other model to get mild-hybrid tech (only in AT guise), but the new Brezza marks an improvement even over that.

It's worth highlighting that the Venue, Sonet, Nexon and XUV300 are also available with a diesel engine option, but have been left out of this comparison as the Brezza is a petrol-only model.

The new Brezza has considerably moved up the price ladder when compared to its predecessor. While the starting price of the Brezza has gone up by just Rs 15,000, the top-spec ZXi+ AT variant costs over Rs 2.5 lakh more than the outgoing model.

The starting price of the Brezza petrol-manual is one of the highest, only lesser than the XUV300 and the Urban Cruiser. It’s also the most expensive at the top-end among all the compact SUVs. Automatic versions of the Brezza are pricier still, with the highest starting and top-end price. In fact, the top-spec Brezza automatic is even costlier than top-end diesel-automatic variants of the Sonet, XUV300 and the Nexon.

This is primarily due to the fact that the Brezza uses the largest engine of all (1.5 litre), which means it does not qualify for excise duty benefits that petrol cars with engine displacement of 1.2 litres or lower enjoy. Other than the Urban Cruiser, every other compact SUV enjoys a lower excise duty, due to their smaller capacity engines. The Brezza’s mild-hybrid tech and the accompanying battery also add to the cost.

Would you pick the new Maruti Suzuki Brezza over any of its rivals? Let us know in the comments below. 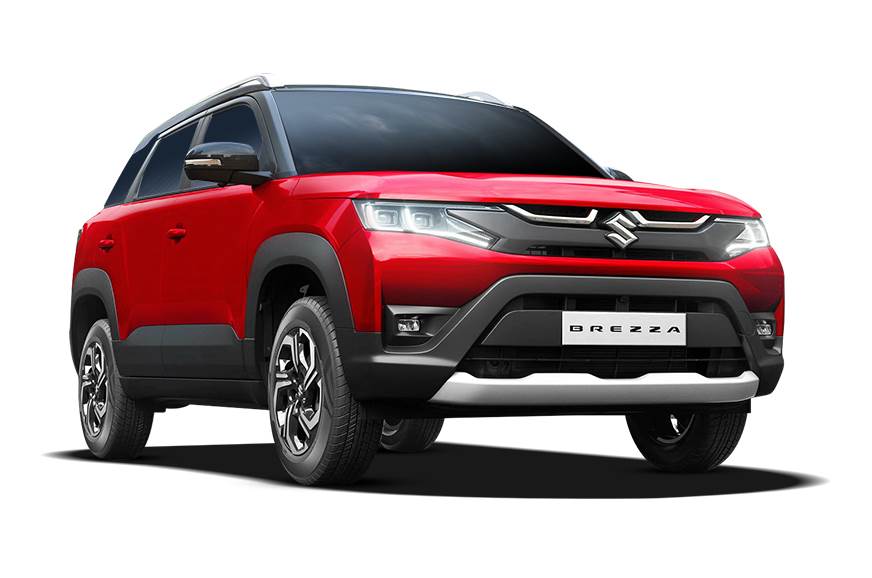 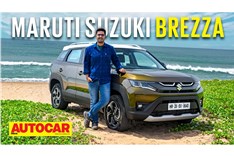 Urban cruiser with 328 lit fuel capacity. The boot is converted to tank.

Urban cruiser with 328 lit fuel capacity. The boot is converted to tank.