Based on our real world tests, here’s a look at the Kia Sonet’s mileage figures. 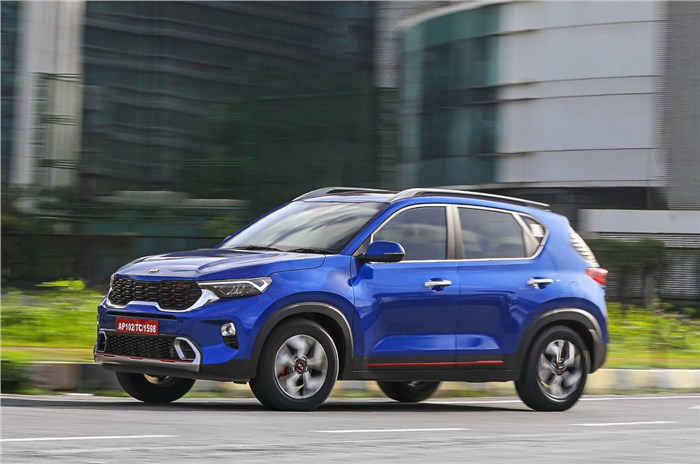 The Kia Sonet has made quite an impression in the densely populated compact SUV segment in India. It’s been a strong seller for the brand due to its sophisticated, well-appointed packaging, and for the same reason, it is our Compact SUV of the Year. We now put all but the entry-level 1.2-litre naturally aspirated petrol engine to test and take a closer look at its real-world fuel efficiency.

What is the real-world fuel efficiency of Kia Sonet? 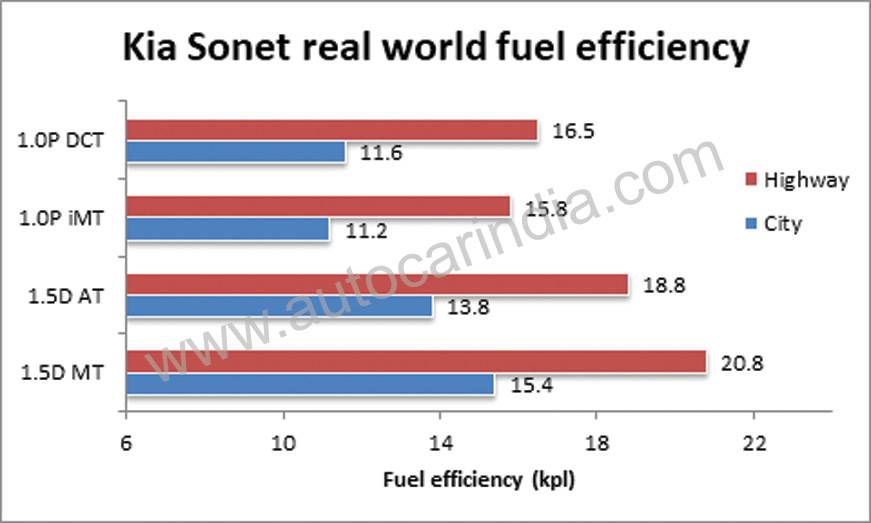 The Sonet shares its diesel engine with the larger Seltos, however, in the manual guise, it uses a wastegate turbocharger, so its power and torque are lower than the automatic version, which gets a variable geometry turbocharger like the Seltos. The manual version is tuned towards the lower and mid-range, which makes it feel responsive, and due to its taller gearing it is extremely efficient. To put its tall gearing into perspective, it cruises at 100kph at merely 1,800 revs in the sixth gear (200 revs lower than the auto). The automatic feels even better to drive, owing to its higher output coupled with clever gearing; what’s more is that it weighs just 33kg more, is extremely convenient to drive, and it still returns excellent fuel economy. Having an Eco mode in the auto certainly helps its case, which alters the engine’s performance to an extent while driving with a light foot.

The iMT or intelligent manual transmission paired to the turbo-petrol engine has taller gear ratios to aid efficiency. In this configuration, the Sonet offers respectable performance, however, the turbo lag below 2,000rpm warrants heavier throttle inputs or frequent gearshifts to make quick progress, which takes a toll on fuel efficiency. The dual-clutch (DCT) automatic does a better job of masking the turbo lag; it gets an Eco driving mode, as well as an extra gear ratio, which aids efficiency out on the open road. As a result, the DCT is a bit more efficient than the iMT. For reference, the DCT cruises at 100kph in seventh gear at 2,300rpm, 100revs lesser than the iMT in sixth gear.