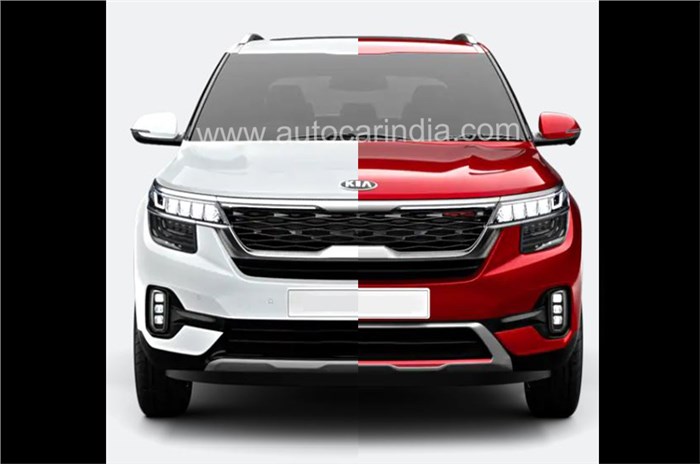 The Seltos will be launched in two styles - GT Line and Tech Line - that vary in looks, features and powertrains. Read on as we detail the differences between the two.

On August 22, 2019, Kia will commence its India journey in earnest with the launch of the Seltos midsize SUV. In what is one of the most hotly contested automotive segment in India, the Seltos will not only go toe-to-toe with other like-sized SUVs like the Hyundai Creta, Renault Captur and Nissan Kicks, but also compete against the larger Tata Harrier, MG Hector and the Mahindra XUV500.

So, how does the newcomer plan to make its maiden product stand out? A handsome design, extensive features list and a range of engine-gearbox options are a good starting point. Kia will go a step further by launching the Seltos in two distinct styles – a sporty GT Line and an upmarket Tech Line. This could effectively allow the Korean carmaker to cater to a large section of midsize SUV buyers with varying tastes.

So, what can you expect on Seltos variants in the GT Line and Tech Line, and what are the differences between the two style lines? Read on as we take a closer look.

At first glance, it can be a task to tell the two models apart. In their top variants, both are equipped with LED headlamps, DRLs, a knurled chrome grille up front, LED tail-lamps at the back, and body cladding all around. However, take a keener look and the differences are soon evident. 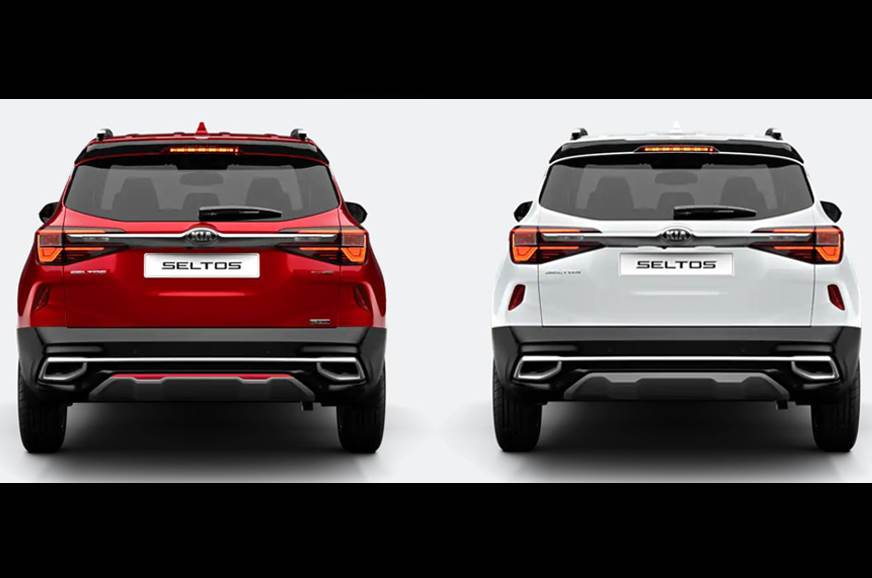 Highlighting the GT Line’s sporty pretensions are red accents in the skid plates and door sills, along with the front brake calipers painted in red. A fancier set of alloy wheels and GT Line badging on the front grille and rear tailgate help in driving the point home. 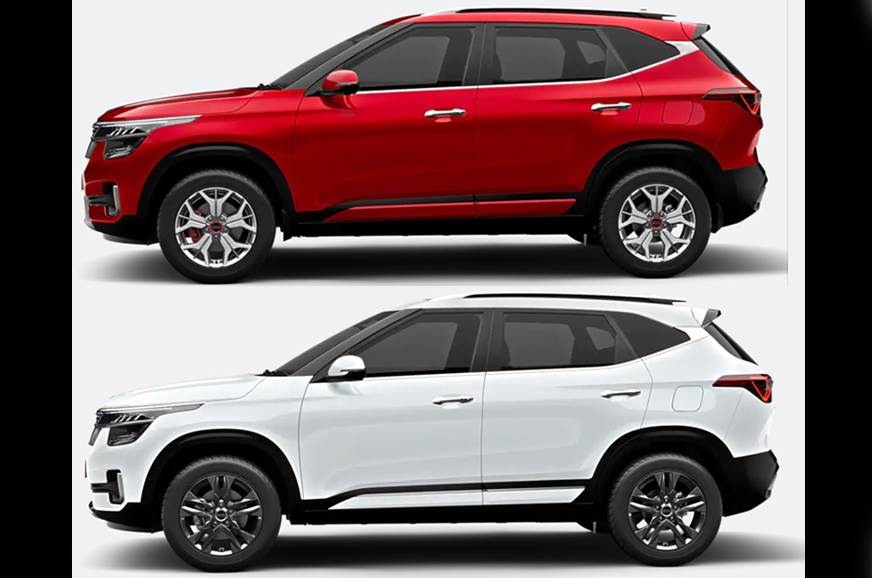 Continuing its sporty theme on the inside, the GT Line gets an all-black colour scheme, replete with contrast red stitching on the seats, gear lever and steering wheel. A set of sporty alloy pedals further add to the look. In contrast, the Tech Line gets a sophisticated dual-tone cabin with beige upholstery. Irrespective of the model, the use of high-quality materials remains a highlight of both cabins. 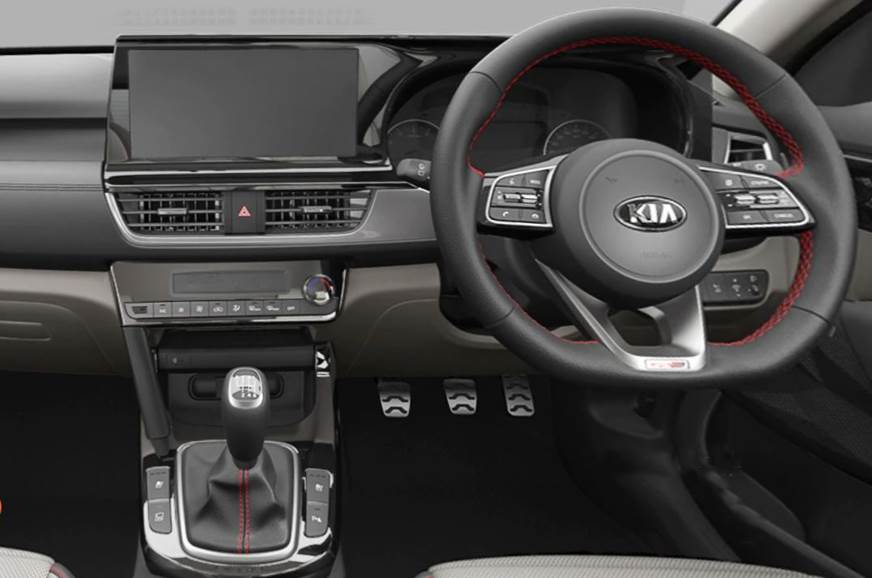 The Seltos GT Line gets a sportier theme and more equipment.

Before we get into the nitty-gritties of the features and equipment on offer, it's important to note that the style lines are not available across all variants. While the Tech Line is available on the 1.5 litre engines – a 115hp, naturally aspirated petrol and a 115hp, turbo-diesel – the GT Line is only offered with the racier 140hp, 1.4-litre turbo-petrol motor. A 6-speed manual gearbox is standard across the range, but each of the three BS6-compliant engines gets its own choice of automatic transmissions. This includes a CVT (on the 1.5 petrol), a 6-speed torque converter (on the 1.5-diesel) and a 7-speed dual-clutch unit (on the 1.4 turbo-petrol).

Moving on to the variant line-up, the Tech Line offers a wider spread of choice, starting from the base HTE trim to the top-end HTX+, compared to the GT Line that starts only from the mid-spec GTK trim. 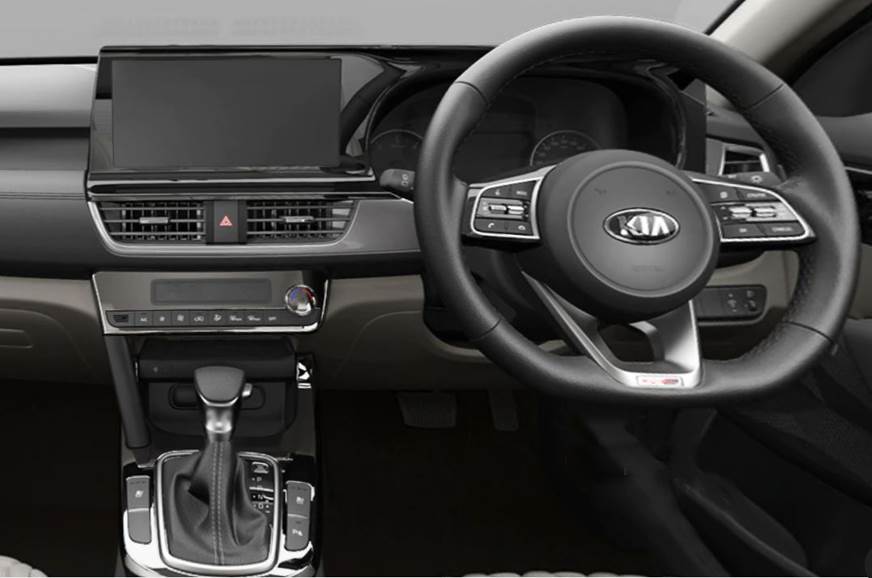 The Seltos Tech Line misses out on features like a 360-degree camera, rain-sensing wipers and head-up display.

Kia, however, has decided to reserve a few features exclusively for the GT Line range. These include six airbags, ESC, hill hold control, 360-degree camera, rain-sensing wipers, and the segment-first head-up display; all-round disc brakes are also standard on the GT Line but are also offered on the diesel Tech Line trims.

Moreover, all GT Line variants are not created equal. While drive and traction modes are exclusive to the automatic GT trims, manual versions of the sportier variant line-up are the only ones to boast of a blind-view monitor.

With the launch of the Seltos only a few days away, estimates suggest a sticker price of Rs 11-17 lakh (ex-showroom) for the midsize SUV. It will be interesting to see how the Korean automaker positions its maiden offering in the highly competitive Indian market. Watch this space for more news on the Kia Seltos.