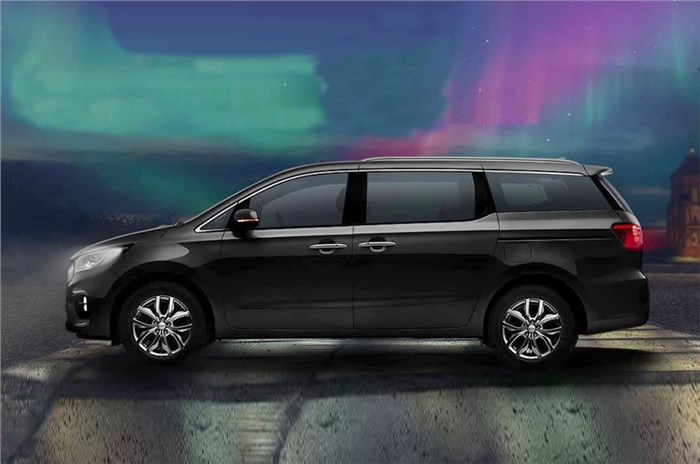 Kia Motors India will soon introduce its second product for our market – the Carnival MPV – and position it around the Innova Crysta. A few Kia dealers we spoke to have confirmed that bookings for the Carnival have commenced unofficially at most locations, with the booking amount ranging between Rs 51,000 to Rs 1 lakh, depending on the dealership. While there is no official news from the manufacturer, dealers are promising deliveries of the Carnival MPV in the second-half of next month.

As reported by us earlier, the Carnival MPV will be sold in India in multiple seating layouts. The model will most likely be offered with a long list of features, like captain seats with extendable leg rests, rear-seat entertainment packages with 10.1-inch screens, a large sunroof and power adjustable seats. Kia will also offer its UVO connectivity suite on the Carnival.

The Carnival is expected to come with a BS6-compliant 2.2-litre diesel engine that’s good for 202hp and is mated to a 6-speed automatic gearbox. There are also talks of a 6-speed manual version, as the gearbox is available on the MPV sold abroad.

The Carnival will be locally assembled via CKD kits at the brand’s facility in Andhra Pradesh, which could see it competitively priced at an estimated Rs 30 lakh (ex-showroom). Kia Motors India has already begun releasing teasers for the Carnival and an official announcement for commencement of bookings is expected in the coming days.