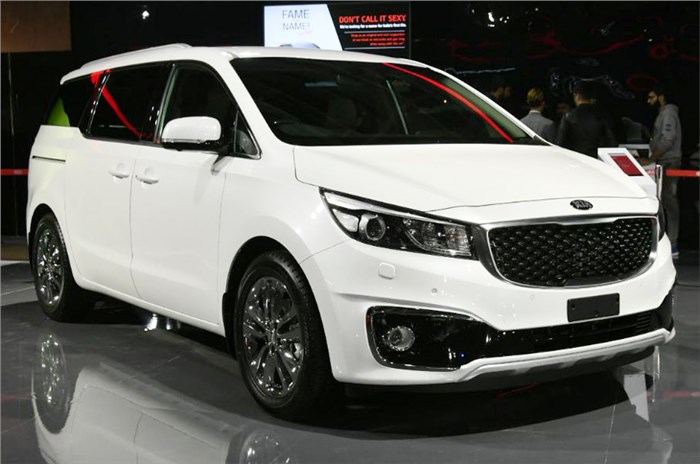 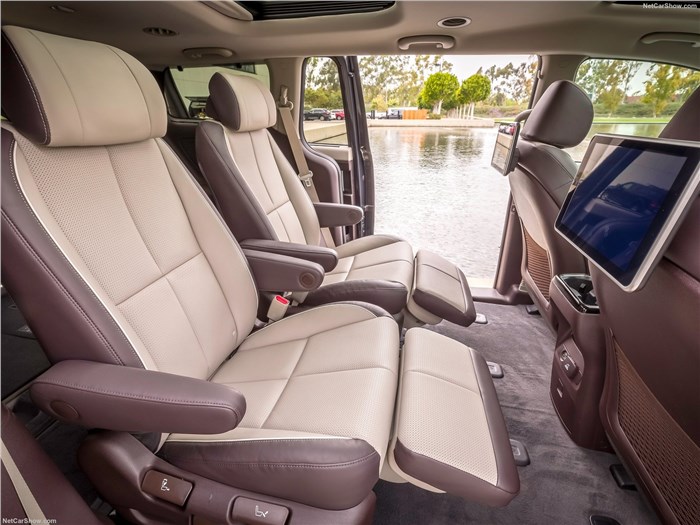 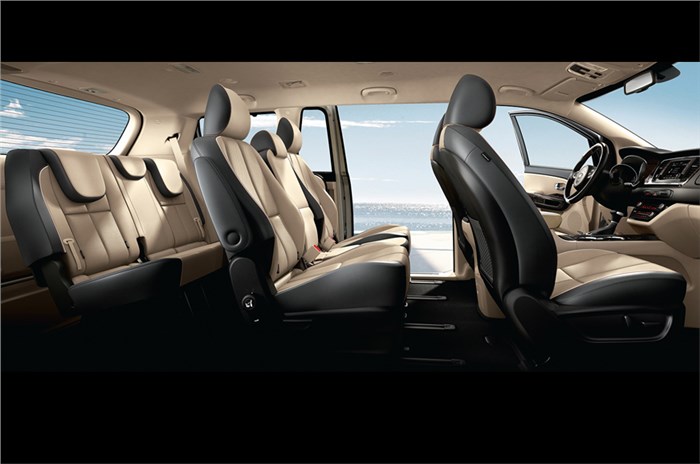 Kia is looking to expand its footprint in India and has a robust product offensive planned for the market, with the next model set to be a premium MPV. As we reported earlier, the Kia Carnival will be launched at the Auto Expo 2020 which will be held at the India Expo Mart, Greater Noida, Uttar Pradesh from February 7-12, 2019.

For the uninitiated, the Carnival is a renowned model worldwide and is sold under the Sedona nameplate in certain markets like the US. Available globally as a 7-, 8- and an 11-seater, we can now confirm that the India-bound Carnival MPV will be offered in 7-, 8- and 9-seat configurations, and with multiple variants as well.

Kia will position the Carnival as a more luxurious alternative to the current crop of people-movers from the mass-market players in the country. Consequently, higher trims can be expected to get captain seats with extendable leg rests and armrests, rear-seat entertainment package with 10.1-inch screens, Kia's UVO connectivity suite, a large touchscreen infotainment system, two sunroofs, three-zone climate control, a power adjustable driver's seat with memory function and a bevy of safety tech. Power sliding rear doors will also be one of the cool features on the Carnival.

Interestingly, the Carnival MPV was showcased at the previous Auto Expo as part of Kia's expansive setup. Come 2020, the MPV that will hit the showrooms will be a mildly reworked version of the model that was displayed. Moreover, Kia doesn't plan to introduce the Carnival to its India line-up in an attempt to push its numbers, but instead, is an effort to establish itself as a premium vehicle manufacturer. Positioning it as a luxury people-mover will also mean that Kia will have a greater focus on private buyers than on the fleet segment.

In addition to being a plusher offering, the Carnival will also certainly play the size card to its advantage. Measuring 5,115mm in length, 1,985mm in width and 1,740mm in height, and with a wheelbase of 3,060mm, the international-spec model is 380mm longer and 155mm wider than the Innova Crysta.

The India-spec Kia Carnival is expected to be powered by a BS6-compliant, 2.2-litre, four-cylinder, turbo-diesel engine producing out 202hp and 441Nm of torque to the front wheels. Transmission duties will be handled by a 6-speed automatic gearbox; it remains to be seen if a 6-speed manual will be offered.

The Carnival will be assembled at the company's facilities in Anantapur, Andhra Pradesh. While the 7- and 8-seat versions will be positioned a segment above the Innova Crysta – and be a viable upgrade to the Toyota – the more premium 6-seat Carnival is expected to draw buyers away from more expensive MPVs like the Toyota Vellfire and the Mercedes-Benz V-class. The Kia Carnival luxury MPV is expected to be priced around Rs 30 lakh (estimated, ex-showroom).