When it launches at the 2020 Auto Expo, the Carnival MPV will get plenty of premium equipment; to be powered by a 200hp, 2.2-litre diesel engine in India. 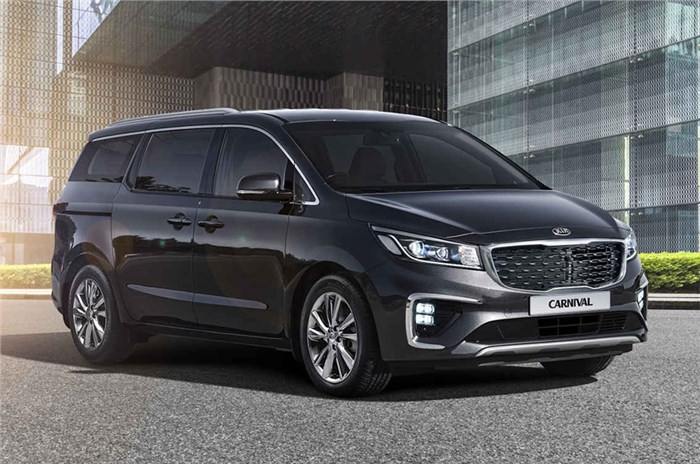 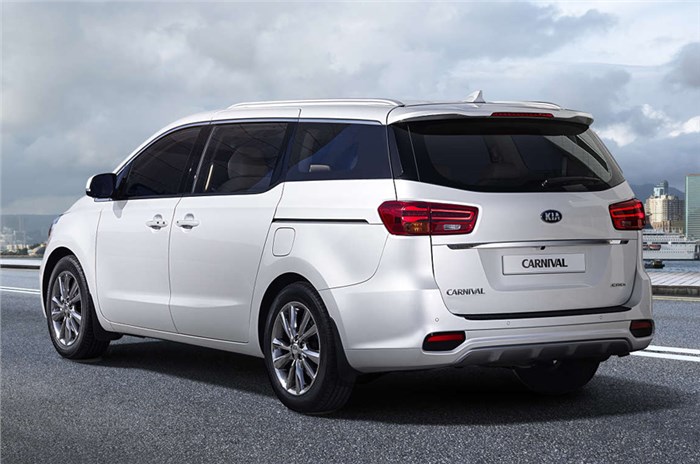 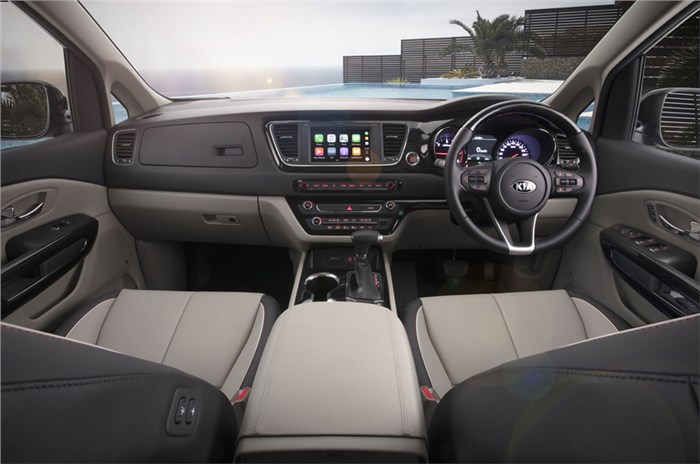 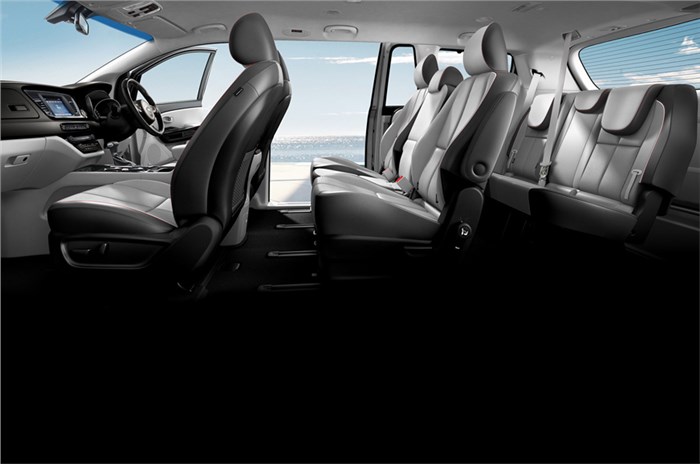 In the run-up to the MPV’s launch at the 2020 Auto Expo, we’ve got fresh details of the Kia Carnival. It seems like at its estimated Rs 30 lakh ex-showroom price, the Carnival will definitely be a cut above the current Toyota Innova Crysta – the closest rival to Kia’s MPV.

Beginning with the powertrain, we previously reported that the Carnival for India will get a 2.2-litre, four-cylinder turbo-diesel engine. We can now confirm that this unit will produce 200hp at 3,800rpm and 440Nm of torque at 1,750-2,750rpm. Our information also confirms that an 8-speed automatic gearbox will be standard.

We previously stated that the Carnival will be offered in seven-, eight- and nine-seat configurations, which should help to make the MPV available across multiple price points. The entry-level Carnival – likely to be the eight-seater – should be a decently well-kitted model, though the top-spec version – likely to be the six-seater – will be decidedly more premium.

On the outside, the range-topping Carnival will get Kia’s signature ‘Tiger Nose’ grille, 18-inch alloy wheels, a floating-roof design, a rear spoiler, LED headlights, fog lights and tail-lights, along with front and rear skid plates.

Like the only other Kia on sale in India, the Seltos, the Carnival will also come with UVO Connect – Kia's in-car connectivity suite. The 8.0-inch touchscreen infotainment system is situated dead-centre in the dashboard and will come with an eSIM to enable all the connectivity features, and be paired to a Harman Kardon sound system. The two 10.1-inch screens (mounted at the back of the front seats for the rear passengers) will also be standard on higher trims.

The information we’ve got also reveals that the Carnival gets 540 litres of luggage-carrying capacity with all three rows up, which expands to 1,624 litres with the third row down and a whopping 2,759 litres with the second row folded away as well.

Bookings for the Kia Carnival have unofficially begun, and more details will trickle out before its launch in February 2020, so watch this space.

Do you think the features available on the Kia Carnival will make it a better buy than its main rival, the Toyota Innova Crysta? Let us know in the comments below.