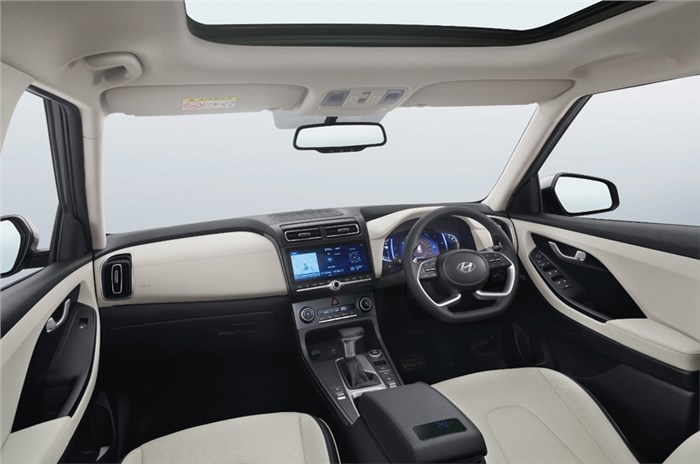 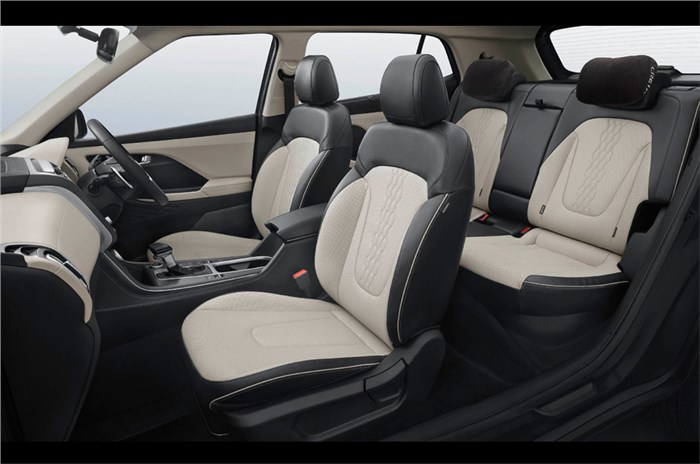 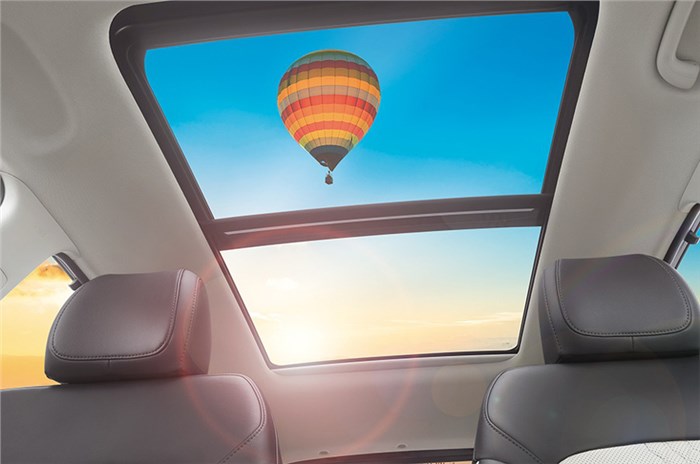 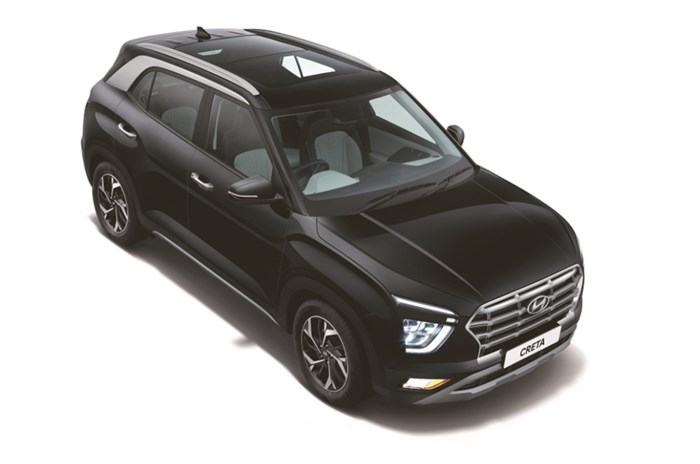 Hyundai India has officially released a first set of images and new details of the second-gen Creta for our market – prices for the midsize SUV will be revealed on March 17,2020. Bookings have also officially commenced online and via Hyundai dealers, for an amount of Rs 25,000.

The new Hyundai Creta for India was first shown at the Auto Expo 2020 last month, though interior details had only been teased before this.  As reported by us a few weeks ago, the India-spec Creta gets a completely new interior layout when compared to the Chinese version of the same SUV that is sold as the ix25 – it’s harder to spot the differences between exteriors of the two India-spec Creta and Chinese-spec ix25.

The new Creta’s black and beige interior theme is seen not only on the dash, but also on its seats, which are perforated and have a criss-cross, diamond-stitch design that’s similar to the ix25. The SUV gets a steering wheel that looks quite similar to the latest-Hyundai Sonata sedan and comes with controls for audio, telephony and the cruise control system. It features a full-digital instrument cluster that is expected to see duty at least in higher variants. This 7.0-inch instrument cluster is likely to be shared with the refreshed Verna and the next-gen i20 – both of which will launch in India in the coming months.

Comfort features on the Creta also include a rear window sunshade, additional cushion on the rear headrest, leatherette upholstery, a reclining feature for the rear seats, front and rear USB charging sockets, LED reading lamps and a cooled glovebox.

The new Creta’s dashboard and AC vent layout are unique – it features a 10.25-inch infotainment screen that is landscape-orientated unlike the portrait-layout seen on the ix25. Hyundai’s BlueLink connected car tech that first debuted on the Venue compact SUV will be seen on the new Creta, as will along the Smartwatch App. It will also come with a 7.0-inch digital instrument cluster, ambient lighting, an 8-speaker Bose sound system and a tyre pressure monitor.

Automatic climate control, as well as an electronic parking brake will be standard on higher variants, along with cooled seats, wireless charging and a panoramic sunroof, to name few segment-leading features. We recently revealed the complete variant-wise features list for the new Creta.

The 2020 Creta gets a large cascading grille that’s also seen on all newer Hyundai Hyndai Hyundai models, along with a split headlight arrangement has the LED DRLs on top, with the LED headlights and new-look fog lamps below – Hyundai calls it Trio Beam LED headlamps. The midsize SUV features squared-out wheel arches that add muscle to its looks. However, the glasshouse looks similar to the first-gen SUV. Higher variants will get dual-tone paint schemes and 17-inch alloy wheels. At the back, it gets split LED tail-lamps and a low-set number plate. Hyundai India will offer the new Creta in a total of eight colour options - Polar White, Typhoon Silver, Phantom Black, Lava Orange, Titan Grey, Galaxy Blue, Red Mulberry and Deep Forest (available on the Turbo model only). There are two dual-tone exterior options as well - Polar White with Phantom Black and Lava Orange with Phantom Black.

A handful of Hyundai dealers had already begun accepting bookings unofficially in February. At the time, they had promised deliveries to its prospective customers by end of March 2020. With new Creta, Hyundai hopes to regain dominance in the segment, against the likes of Kia Seltos, MG Hector and the Tata Harrier in the Indian market.