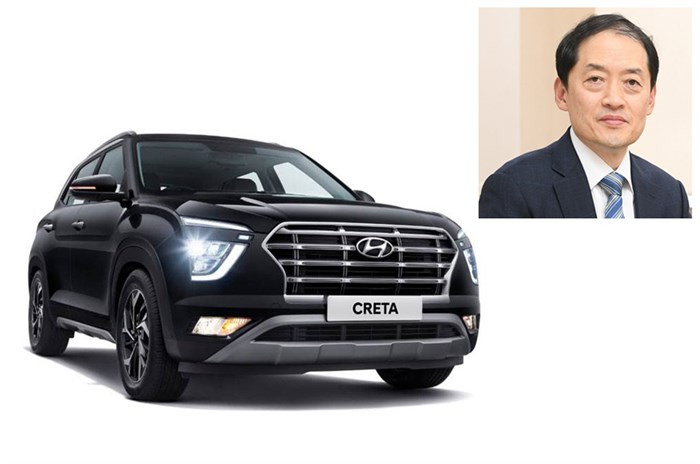 Bold design, extra features and a stronger dealer network are what Hyundai feels will give the all-new Creta an advantage over the Seltos to snatch back the mantle of the best-selling midsize SUV.

Stung by the phenomenal response to the Kia Seltos, which toppled the invincible Creta from the top slot in the SUV segment in terms of sales, Hyundai is planning a strong counter offensive with the all-new Creta. The second-gen SUV was unveiled at this month’s Auto Expo and is set to go on sale on March 17.

Adding salt to Hyundai’s wounds is the fact that it has been beaten by its younger sibling – Kia – which had a dream launch in a tough Indian market. The Seltos also arrived at the end of the Creta’s lifecycle, which no doubt made the Kia SUV’s debut a lot easier. “The last few months of the Creta’s lifecycle has seen the sales numbers go down,” concedes SS Kim, MD and CEO, Hyundai Motor India. However, he is confident that with the next-gen Creta, the company will claw back the strong lead held by the Creta since 2015 in the midsize SUV segment. “We don’t always pursue volumes but for position and perception, and of course to show the response from customer, we want to become the number one player in the segment with the new model,” he said.

The grand unveiling of the new-gen Creta, by none other than Shah Rukh Khan himself, in front of a thronging crowd is just the sort of launch Hyundai wanted for what it considers the ‘king’ among SUVs. “With the Creta, we created a segment and now that segment has many other players and might be the fastest growing in terms of demand. With the new Creta, I think we can do even better than we had done in the past,” says Kim who is confident of eclipsing the sales performance of the previous Creta and even outselling its main competitor, the Seltos, which is effortlessly finding over 10,000 customers on average every month.

Hyundai has thrown everything it possibly can into the new Creta, including several class-leading features like an electronic parking brake, panoramic sunroof and the latest connected tech. It does miss out on the option of a head-up display (HUD), which is available on the higher-spec Seltos GTX and GTX+ variants. “An HUD is too expensive and customers don’t really see the value in it so it’s better to use the money elsewhere,” said a Hyundai source. And that money has been used in enhancing the cabin ambience. Hyundai has revealed some teaser sketches of the interiors, which reveal quilted textures and a nicely finished dashboard with flush surfaces for an upmarket look. The 10.25-inch screen is similar in size to the Seltos’. Under the skin, the new Creta will use the same running gear as the Seltos, including the identical engine and gearbox combinations. However, the suspension system “has been retuned and slightly softened for Indian roads,” said a Hyundai engineer.

Kim is hoping the market will bounce back in the second half of the year. “We are seeing a downward or more or less a flat trend now because the economy is not in recovery mode yet and there is a negative consumer sentiment. There’s also the transition from BS4 to BS6 which is impacting the market. I am hopeful that the market will pick up in the second half of this year. So with a bit of a recovery, I expect overalls sales this year to be better than last year.”

Given Hyundai’s strong desire to snatch back the Creta’s no. 1 status, company insiders have indicated that the new Creta will be launched with a particularly aggressive price that could even undercut the Seltos. “The price will rock the market,” said a Hyundai official. The fierce rivalry between Hyundai and Kia could trigger a fresh price war, the reverberations of which will be felt throughout the SUV segment and compel manufacturers to rethink their pricing strategies. The battle between Hyundai and Kia is just starting and that can only spell good news for SUV buyers.