New Creta is expected to share powertrain options with the Kia Seltos. Will be sold in multiple variants. 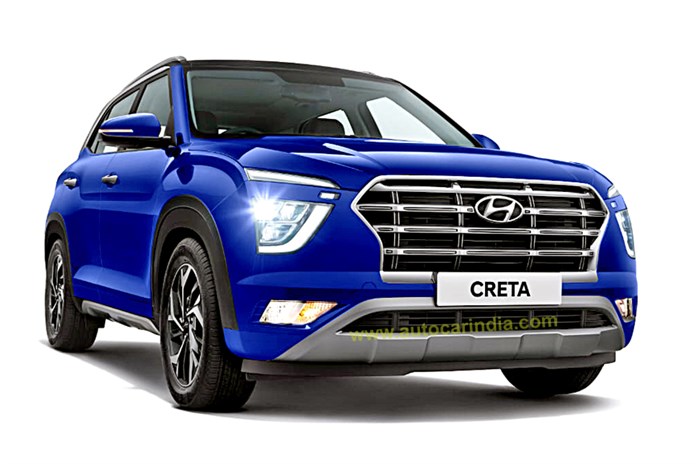 Following its debut at Auto Expo 2020, Hyundai India will launch the all-new Creta in India on March 17. The second-generation SUV gets revamped exteriors and interiors, along with BS6-compliant engine options.

Hyundai has gone bold with the new Creta’s exterior design. It gets the brand’s ‘cascading’ front grille, along with a split-headlamp setup that features LED light clusters and DRLs. The bumper is all-new and so is the faux skid plate. At the side, the slightly squared-out wheel arches lend it a muscular stance and dual-tone alloys look attractive too. The split-light setup has also been carried over to the tail-lights, a design feature that is sure to divide opinion. A faux skid plate is also present at the back.

While Hyundai hasn’t revealed any details about the cabin, a peek into the car at the Expo confirmed that the India-spec Creta gets a different cabin layout, compared to its Chinese counterpart – the iX25. The touchscreen will be landscape-oriented (the iX25 has a portrait layout), and, as a result, the central air-con vents have been repositioned. It’s expected to get features like BlueLink connected-car tech, a panoramic sunroof, wireless charging, automatic climate control and cooled seats.

The first-generation Creta was a huge sales success and dominated the midsize SUV segment for much of its lifespan. So, the new Creta has large shoes to fill and is up against some serious competition like the Kia Seltos, the MG Hector and the Tata Harrier. Expect prices for the new Creta to be in the range of Rs 10-16 lakh (estimated, ex-showroom).