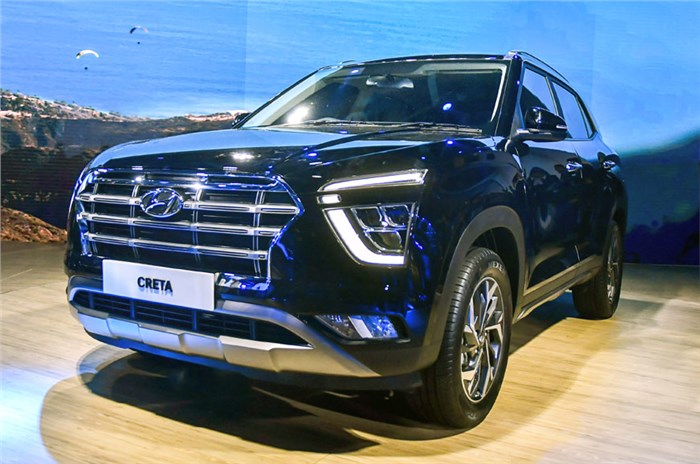 Though not official, Hyundai dealers have started accepting bookings for the second-gen Hyundai Creta. The new SUV made its India debut at the ongoing Auto Expo, and is said to launch in India around March 2020.

While Hyundai is yet to officially open bookings for its SUV, dealers we spoke to in Mumbai, Delhi and Bengaluru informed us customers can pre-book the upcoming SUV for an amount between Rs 10,000 and Rs 25,000, depending on the showroom.

What we know so far is that the new Creta is larger than its predecessor and is a big departure in terms of styling. More in line with Hyundai latest design language, the next-gen Creta gets a split-headlight design, squared-out wheel arches, and a split tail-light setup round the back. Overall, the look is very familiar to the iX25 SUV on sale in China.

While Hyundai hasn’t given any details about the cabin, a peek into the car at the Expo revealed a different cabin layout compared to its Chinese counterpart. The touchscreen is now a landscape unit (the iX25 has a portrait layout), and, as a result, the central air-con vents have been repositioned.

On the equipment front, the new Creta will get the BlueLink connected car tech, LED headlights, and even a panoramic sunroof. More details are yet to be confirmed.

The second-gen Hyundai Creta is expected to share its engines with its cousin and main rival, the Kia Seltos. The line-up will include a 1.5-litre naturally aspirated petrol, a 1.4-litre turbo-petrol, and a 1.5-litre diesel engine. Gearbox options are expected to be carried over as well.

The new Hyundai Creta will also go up against the MG Hector, Tata Harrier, Nissan Kicks and the Renault Captur.