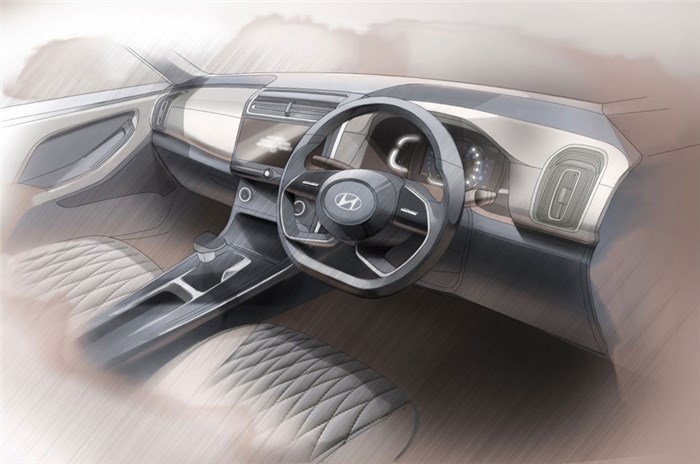 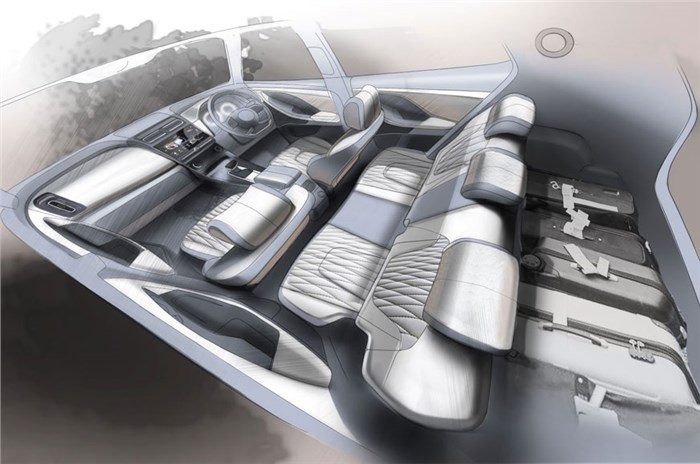 Hyundai has released interior sketches of the upcoming 2020 Creta SUV. The new Creta saw a world premiere at the Auto Expo 2020 but only the exterior was revealed, as it came with tinted windows.

We had reported earlier this month that the new Creta for India will get a unique interior layout and had posted pictures of the partially revealed cabin of the Auto Expo 2020 display car.  Hyundai India has now confirmed the same with the sketches. The company also confirmed that the new Creta’s exterior styling is based on the brand’s 'Sensuous Sportiness' design theme that will also be seen on the next-gen i20 hatchback that was unveiled internationally earlier today. The new i20 will come to India later this year.

The new Creta headed to India looks quite similar to the one on sale in China, except for its unique grille inserts and alloy wheel design. On the inside, the model for India gets a completely different dashboard design with a steering wheel that's quite similar to the one on the latest-gen Hyundai Sonata and the upcoming i20, and is loaded with controls for audio, Bluetooth telephony and cruise control. There will also be a fully digital instrument cluster that may also make its way to the refreshed Verna sedan and the i20. Hyundai has given the India-bound Creta a large 10.25-inch infotainment screen that's placed below the AC vents. A key point here is that the infotainment screen on the India-spec Creta has a landscape-oriented layout, unlike the large portrait setup on the China-spec car. Other features on offer include automatic climate control, and an electronic parking brake – a first for Creta. Cooled seats, wireless charging and a panoramic sunroof can also be expected, at least on the top-spec variants.

The black and beige interior theme of the dash is also seen on the perforated seats which get diamond stitching similar to those on the China-spec ix25.

Hyundai is expected to open bookings for the Creta soon, ahead of its market launch on March 17, 2020.