Ahead of the launch of the Venue facelift; prices for the current-gen model have been hiked. 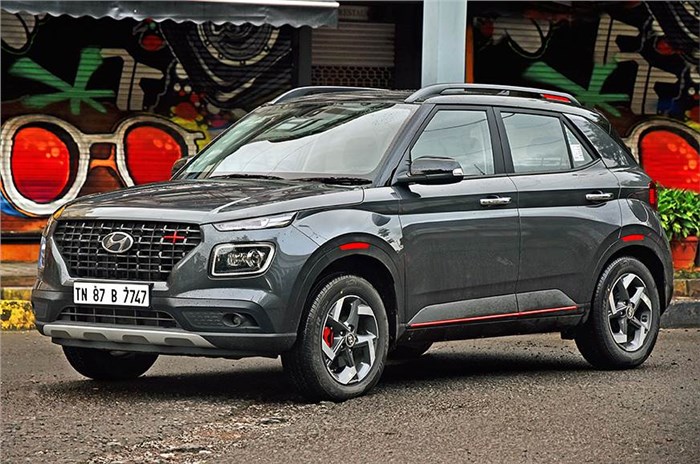 Hyundai India has increased the prices of its compact SUV, the Venue, for the second time this year. The Korean automaker has cited rising operational and input costs for the hike. A major update to the Venue compact SUV is due in the coming months.

The previous price increase was announced in January. The base price of the Venue E variant has been hiked to Rs 7.11 lakh, and other petrol-powered variants have seen a Rs 12,000 increase. This includes the variants which feature the 1.2-litre naturally aspirated engine and the 1.0-litre turbo-petrol, respectively. Therefore, the Venue petrol now ranges from Rs 7.11 lakh-11.82 lakh.

Meanwhile, diesel versions of the Venue have witnessed a hike in price of Rs 12,100, except for the diesel SX trim. The diesel, which uses the 100hp, 1.5-litre engine, now starts at Rs 9.99 lakh and goes up to Rs 11.83 lakh. Sources tell us that Hyundai has discontinued some variants of the Venue compact SUV like the S (O) IMT, Venue S (O) DCT, SX (O) IMT and Venue Diesel S (O).

The Venue rivals the likes of the Kia Sonet, Tata Nexon, Mahindra XUV300, Nissan Magnite, Renault Kiger and the Maruti Suzuki Vitara Brezza (also due for a full model change soon) in our market (all prices ex-showroom, India). Apart from the mid-cycle facelift, the Venue will also get a sportier N-Line variant, similar to the i20 N-Line.

Hyundai Ioniq 5 confirmed for India; launch in second half of 2022