BS6 Grand i10 and i20 are petrol-only models; Venue diesel gains a new 1.5-litre engine. 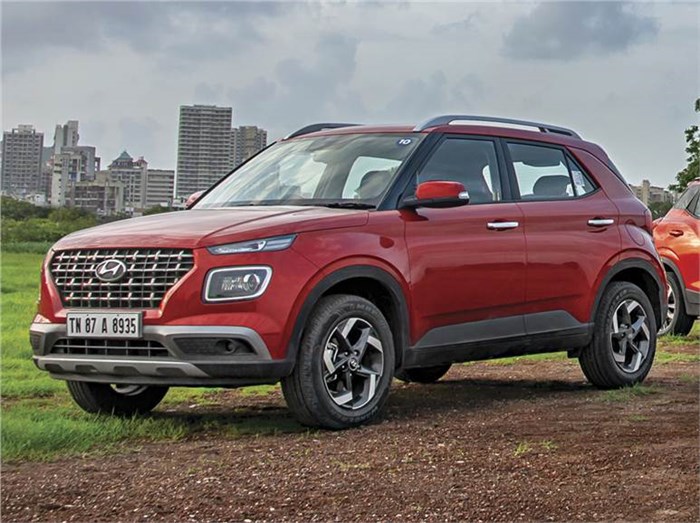 Hyundai India has announced that bookings for BS6-compliant versions of its Venue compact SUV, and the Elite i20 and Grand i10 hatchbacks are now open. Buyers can book the models at all Hyundai dealerships across the country. The three models join the Grand i10 Nios petrol, the Santro, the Elantra and the new Aura in Hyundai’s BS6 range.

The major talking point of the BS6 Venue is the inclusion of a new 1.5-litre turbo-diesel engine that will replace the older 90hp, 1.4-litre unit. The new engine is from the Kia Seltos but the Venue will get a detuned version that's likely to make around 90hp. Meanwhile, the Venue’s 1.2-litre petrol engine (shared with the Grand i10 and Elite i20) is now BS6-compliant, and so is the compact SUV’s other petrol engine option, the 120hp, 1.0-litre three-cylinder, turbocharged unit.

However, the current Hyundai Elite i20 diesel won’t be upgraded to BS6 standards. Hyundai had earlier confirmed that the Grand i10 would soldier on as a petrol-only model following the launch of the i10 Nios, and now even the i20 will be sold as a petrol-only model. This will be until the new-generation i20 is launched in June, where it will regain a diesel engine option.

Hyundai’s BS6 line-up in India is also set to expand soon with the new-generation Creta and the Tucson facelift SUVs, both of which are slated to launch in March.