All new Hyundai i20 will come with a 1.5-litre diesel and a 1.2-litre petrol engine. 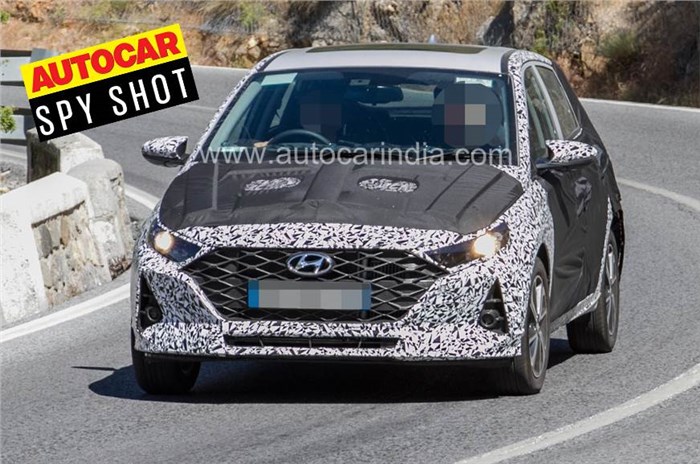 Hyundai India has lined-up a slew of model updates and fresh launches for this year. The company will kick start its new model offensive with the world premier of the second-gen Creta SUV at the Auto Expo 2020, followed by its market launch. Additionally, the company will also roll out BS6 versions of its current models, along with some facelifts. However, the second most important new car launch for the Korean brand will be the next-gen i20 hatchback, which we can confirm will launch in June 2020 in India.

Hyundai is expected to play safe with the next-gen i20’s styling, and while there will be many new details, the overall look will be similar to that of the outgoing car. It will get a fresher and wider iteration of Hyundai’s trademark cascading grille design, which will also see the upward-swooping headlamps merge with it.

The new i20 will stick to its under-four-metre length in order to get the required tax benefits in the Indian market. However, just like the Venue, it could sport a different bumper design for international markets. Expect the new i20 to come with a long list of creature comforts and equipment, along with the Hyundai BlueLink system.

The new Hyundai i20 will come with a BS6 compliant 1.2-litre petrol engine good for 83hp and 114Nm of torque. This is the same motor that also does duty in the Grand i10 Nios. There are talks of the model getting a 1.0-litre turbo-petrol too, similar to the Venue mated to a 7-speed DCT gearbox. On the diesel front, the new 1.5-litre BS6 diesel engine will find its way under the new i20’s hood. This engine will also see duty in the Hyundai Venue BS6 as well, and is expected to churn out around 90hp. This is the detuned version of the same 1.5-litre powerplant that is seen on the Kia Seltos and will be on duty on the next-gen Hyundai Creta and the facelifted Verna in India.

On the inside, it will have a digital instrument cluster as well as a sizeable high-set touchscreen infotainment system. The layout of the digital instrument cluster is somewhat similar to that on the ix25 (new Creta), with two dials – one for the speedo and one for the RPM – flanking a central area that displays various parameters of the hatchback. However, the unit is more rounded than the one on the ix25 and gets more conventional-looking dials with digital needles indicating speed and RPMs. It will also get a new multifunction steering, similar to those on other newer Hyundai models.

Internationally, the next-gen Hyundai i20 will also come with a performance-oriented N variant which will take on the sporty Fiesta ST in the global market. It will follow in the footsteps of the larger i30 N and feature both chassis and engine modifications – which means more power than the standard car – along with suitable lowering and stiffer suspension, performance brakes and a more direct-ratio steering setup. The new Hyundai i20 N is likely to come with a 1.6-litre turbo-petrol engine with an output of as much as 200hp, which will make it much more powerful than the standard car.