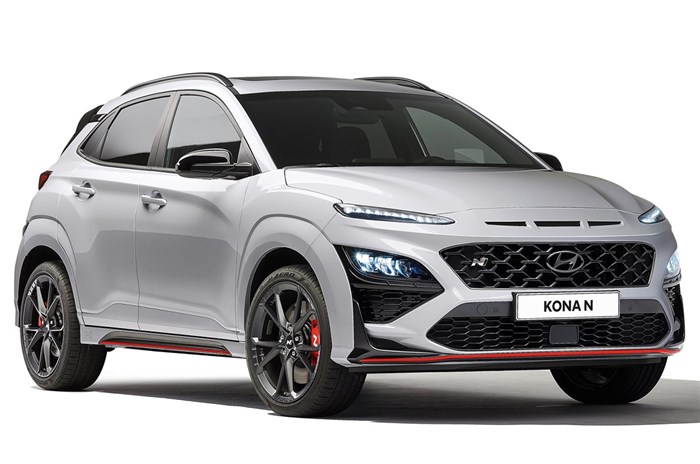 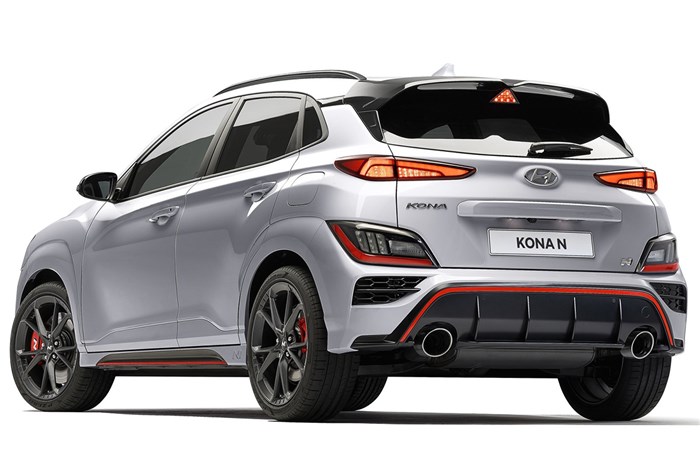 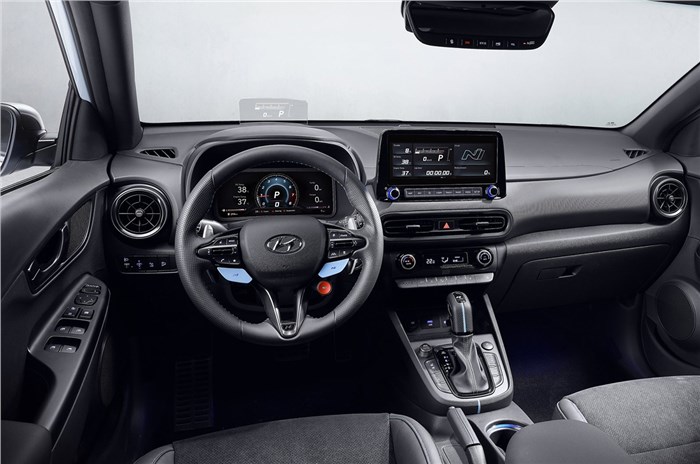 The new Hyundai Kona N has been revealed. It is a performance-oriented version of the standard Kona. The SUV is the fifth Hyundai to gain a sporty N-badged variant – after the i20, i30, i30 Fastback and Veloster hatchbacks – and arrives as the firm announces its plan to expand its N and N-Line range to 18 models by the end of 2022.

In international markets, the Kona N is aimed at the closely related Ford Puma ST performance crossover, which previously had no direct rivals.

The Kona N is marked out from standard Konas primarily by its prominent aero package, colour-coded bumpers and wide-track wheel designs. It’s available in an exclusive shade of Sonic Blue – inspired by the N sub-brand’s trademark Performance Blue – which is extended to accents throughout the interior.

The Kona’s infotainment system has been modified, too. When the driver selects N or Sport mode, the 10.25-inch touchscreen and digital displays shows lap times, circuit maps and other important information in a video game-style format.

Other features include a head-up display, an N-exclusive sport steering wheel with two customisable N buttons, Alcantara inserts throughout the cabin, and new sport seats, to name a few. There are also N logos dotted around the interior, like on the gear shift, hand brake, door scuff, and seats.

This gearbox offers three performance modes. The first, N Power Shift, is engaged when accelerator input exceeds 90 percent. It works to mitigate any loss of torque during upshifts to provide a smoother acceleration curve, accompanied by a backfire from the exhaust. Next is the N Grin Shift, which provides a 20sec burst of maximum performance by instantly shifting down to the appropriate gear. Hyundai says this mode (which can only be used every 40sec) will be especially useful on track and will help on the road with merging and overtaking. The final mode, N Track Sense Shift, is geared towards circuit driving, optimising gearchanges based on driver behaviour for quick lap times.

Of particular note is the addition of an electronically controlled limited-slip differential (eLSD). By reducing understeer and wheelslip, it enables the driver to corner at higher speeds.

The electrically assisted steering is tuned for accuracy, directness and feedback, while the electronically adjustable suspension can be stiffened at the touch of a button.

Hyundai Kona N: will it come to India?

The Korean brand has made no official announcement regarding its plans to bring the performance-focused Kona N to India. However, Hyundai will introduce its N-line sub-brand in Indiawith the launch of the i20 N-Line in mid-2021. Also being considered for launch is the full-blowni20 N hot hatchback.

Hyundai offers the pre-facelift Kona Electric in India, with prices ranging from Rs 23.76-23.95 lakh (ex-showroom, Delhi).Though it is worth mentioning that the standard Kona receiveda comprehensive mid-cycle faceliftin September 2020, and even the facelifted Kona Electricwas revealed in November last year.

HyundaiAlcazar launch postponed to late May 2021