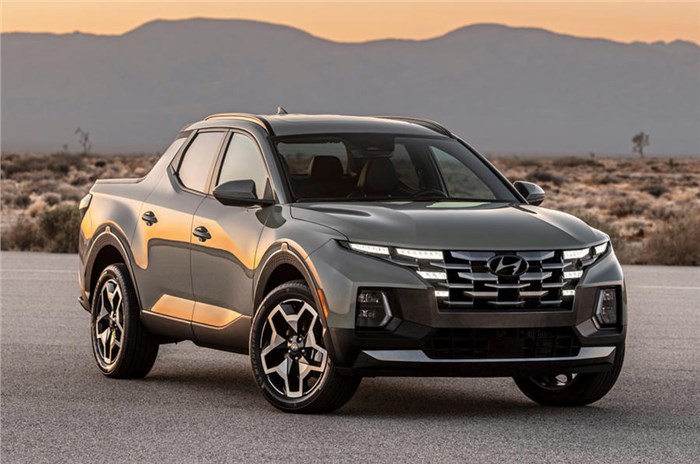 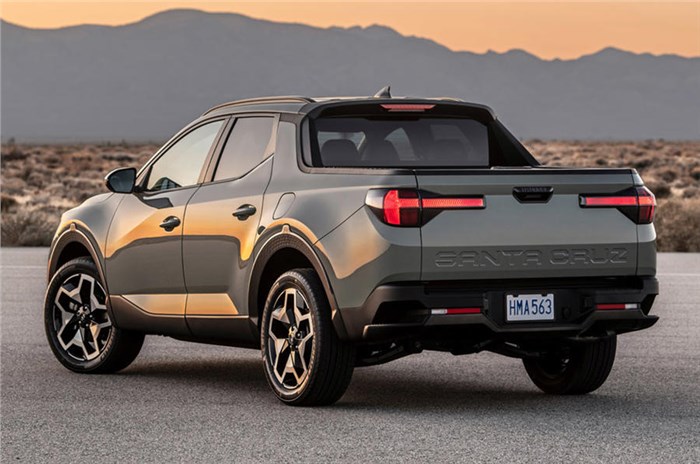 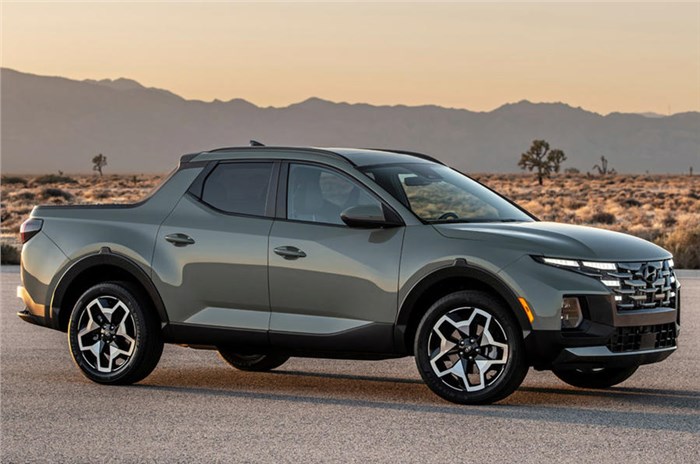 Hyundai has finally taken the wraps off its first pickup truck, the Santa Cruz. The new Hyundai Santa Cruz will first go on sale in the North American market followed by other regions.

The Santa Cruz was showcased in concept form back in 2015 and contrary to its pickup-like looks, Hyundai calls it a Sport Adventure Vehicle. The model's front styling is quite similar to the recently unveiled latest-gen Hyundai Tucson SUV (yet to come to India) that includes daytime running lamps that are integrated into the grille. The vehicle gets a raked A-pillar which gives it a sleek look coupled with an angled C-pillar design. It comes with a prominent skid plate upfront while extended wheel arches and chunky 20-inch alloy wheels lend a degree of ruggedness. The Santa Cruz also shares most of its underpinnings with the 2022 Tucson and has a monocoque construction, contrary to the ladder-frame setup of most other pickup trucks sold globally.

The Santa Cruz gets multiple tricks with its bed layout with one of it being where a portion of the bed lifts up to reveal a hidden storage compartment.Additionally, the vehicle will come with added bed extension accessories as well.

A naturally aspirated 2.5-litre four-cylinder engine powers the Hyundai Santa Cruz. According to Hyundai, it makes more than 190hp and 244Nm of torque. Gearbox duties are carried out by an eight-speed automatic with all-wheel drive, and this setup can tow up to 1,588 kg.A more powerful engine will also be on offer with the same displacement but delivering close to 275hp, thanks to turbo charging.

An eight-inch infotainment screen is standard on the Santa Cruz. It supports Apple CarPlay and Android Auto. A 10-inch display is available as an option. Customers can also opt for a digital instrument cluster. The vehicle also comes with foldable rear seats with storage compartments below them.

Hyundai Santa Cruz: will it come to India?

As mentioned above, the Santa Cruz will first go on sale in the North American market where it will rival the Honda Ridgeline, followed by other regions. There is no news on whether Hyundai will build a right-hand drive version of the Santa Cruz as of now. As far as India goes, the Korean brand will launch the Alcazar three-row SUV in the coming weeks and there is also an all-new micro-SUV (code: AX1) expected to come to India in the near future.