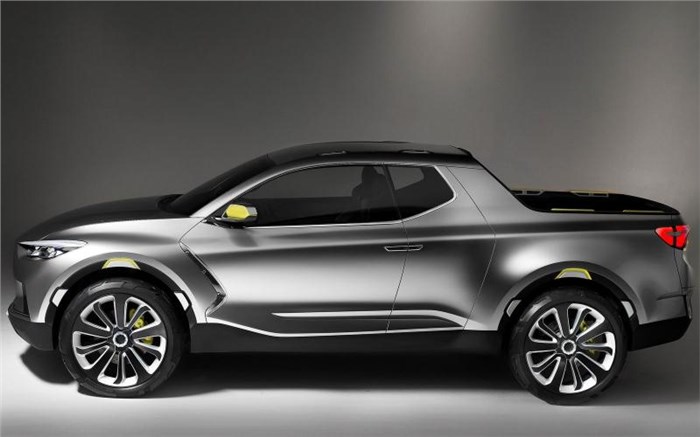 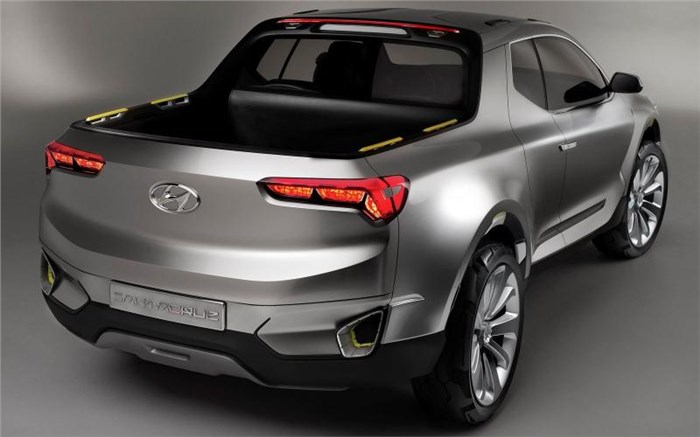 The Santa Cruz is a crossover truck, targeted at the 'Crossover Utility Vehicles' (CUVs) segment.

Hyundai has unveiled a crossover truck called the Santa Cruz at the ongoing Detroit motor show 2015. The Santa Cruz concept gives us a peek at a potential production model that could cash in on the 'Crossover Utility Vehicles' (CUVs) segment.

Hyundai Motor America chief executive Dave Zuchowski said, “We must secure a greater share for our existing crossover products and develop new products for emerging truck markets”. Hyundai intends the five-seat Santa Cruz to appeal to 'millennialists'. Mark Dipko, director of corporate planning said, “They are the second-biggest group of car buyers. They live in (urban) areas but don't have space for a traditional pick-up. They have tighter parking on streets and generally more congestion. We call these buyers 'urban adventurers' and this car satisfies their need for urban expression”.

The Santa Cruz is powered by a 190bhp 2.0-litre turbo diesel motor with an all-wheel-drive system.

For ease of access to the rear seats, the concept features suicide rear doors. The wheel arches, roof, and bed rails offer tie-down cleats for securing cargo. The cargo bed can expand or be reconfigured to accommodate longer cargo. An integrated, rigid tonneau cover that retracts when not-needed can be used to securely stow items in the rear bed area.