There are six lakh Creta owners that Hyundai hopes would want to upgrade to the Alcazar. 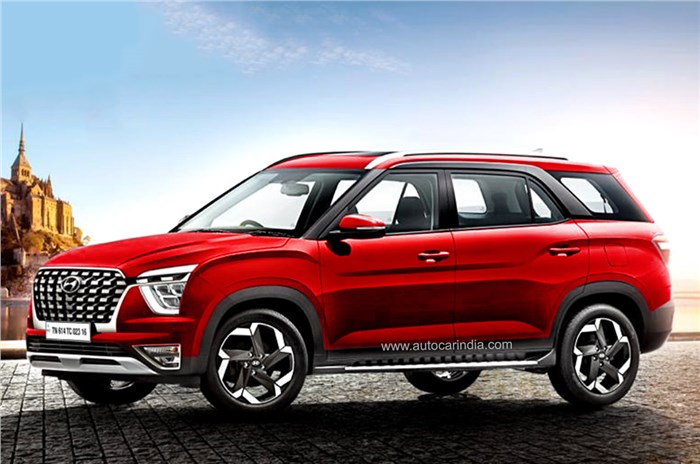 With Hyundai Alcazar prices set to be announced at the end of this month, the Korean brand is drip-feeding more details about its upcoming three-row SUV. Speaking to Autocar India, Tarun Garg, director – sales, marketing and service, Hyundai Motor India, revealed details on the Alcazar’s target buyer.

Hyundai Alcazar considered an upgrade from a Creta

Since the Creta first arrived in India in 2015, Hyundai says over 6 lakh units have been sold. Garg revealed that many of these customers are looking for an upgrade.

“To be frank, we had market research where we could clearly see that we have sold over 6 lakh Cretas and many of these customers are looking for an upgrade. They feel that they have now reached a notch higher in their life and they want to travel in luxury, they want to have premium-ness in their car, and they want a little more versatility,” said Garg.

Hyundai Alcazar for the family

Expounding on the Alcazar’s target buyer, Garg says that, in a way, the COVID-19 pandemic has influenced buyers to spend more time with their families. “What has happened with this pandemic is – and this is a good thing – all of us have realised the importance of families. And we want to spend maximum time with them. The Alcazar, or any 7-seater SUV, gives us that opportunity to not only spend time on a vacation with your family, but also travel together.”

Other buyers that Hyundai hopes to draw to the Alcazar are those who actively pursue outdoor activities and those who are chauffeur-driven. Thanks to the arrangement and flexibility of the second and third row of seats, the Alcazar can be loaded with enough luggage to take a long road trip or with equipment for a shorter camping trip.

Garg reiterated that those who are primarily chauffeur-driven will find the second row of seats inviting, especially in 6-seat form with captain’s chairs. “They want to go for weekend drives, they want to do outdoor activities and need the space for the equipment, or they travel with a chauffeur and want a very comfortable second row seating arrangement. So, I think all those needs will be fulfilled by the Alcazar.”

Beyond the utilitarian aspects, there’s also an aspiration aspect of buying the Alcazar, says Garg. “I believe there’s much more to it [than family size] and as we go along, we will see that a different segment of customers is looking at this segment with much more aspiration. So, it’s not just the utility aspect [of the Alcazar that will draw buyers], but the aspirational one too.”