VW’s mid-size SUV is expected to arrive a few months after the recently teased Skoda Kushaq. 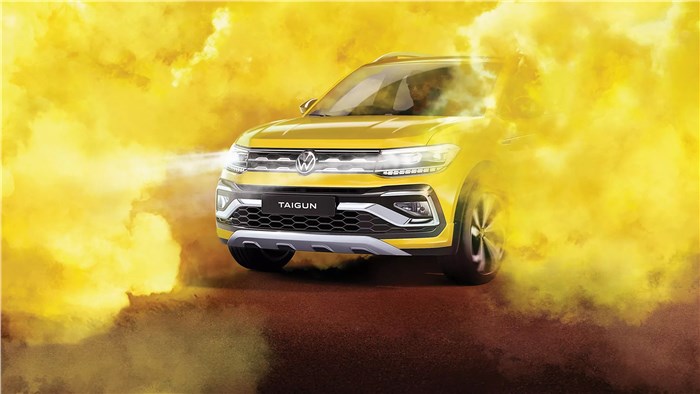 The Volkswagen Taigun, essentially the German brand’s answer to the likes of the Hyundai Creta and Kia Seltos, has been officially teased before its launch in the second half of this year. The Taigun is arguably one of Volkswagen India’s most important launches of the year, seeing as it’s going to be competing in the highly lucrative mid-size SUV segment. Here’s what you need to know about the VW’s upcoming SUV.

The Volkswagen Taigun concept that was revealed just before the Auto Expo 2020 is so near-production that we expect minimal changes when it goes on sale in production form. Unmistakable for anything other than the Volkswagen – in that understated but smart way – the Taigun will get generous amounts of chrome between and below the LED headlights, a distinct-looking LED light bar connecting the LED tail-lights, neat character lines and stylish two-tone alloy wheels.

The concept’s insides too are expected to be carried forward to the production Taigun with minimal changes, which is no bad thing. At the centre of the multi-layered dashboard sits a large infotainment system (likely to be an 8.0-inch ‘Play’ unit that’ll have connected car tech). A full-digital instrument cluster is situated behind a chunky, flat-bottomed steering with controls for the infotainment and other functions.

Initial impressions of the Taigun’s interiors are good. Space at the rear is reasonable, fit and finish levels are high and the switches and buttons – like those on the automatic climate control – feel like they are built to last. However, the concept’s cabin was on the narrow side, which means sitting three abreast may be a bit of a squeeze.

Volkswagen has confirmed that a turbo-petrol engine from its TSI family will be on offer – a 1.5-litre four-cylinder unit. Power will be sent to the front wheels via a 7-speed dual-clutch gearbox, though a manual gearbox option is also expected.

While there won’t be an all-wheel drive or a diesel version of the Taigun, VW is evaluating offering a factory-fit CNG option.

One of the Volkswagen Taigun’s main rivals will be sister brand Skoda’s Kushaq. Both will be underpinned by the heavily localised MQB A0 IN platform and share the 1.5-litre TSI engine. As Skoda Auto Volkswagen India Pvt Ltd's (SAVWIPL) has instituted a widespread cost-rationalisation programme and is focused on heavy localisation of parts, this should help keep prices in check. Expect the Taigun to be priced competitively against the likes of the Kia Seltos (Rs 9.89-17.45 lakh), Hyundai Creta (Rs 9.82-17.32 lakh*) and the Nissan Kicks (Rs 9.50-14.15 lakh).

Our January 2021 issue has more a far more in-depth look at and new details regarding the Volkswagen Taigun. Click here to subscribe, or here for a single copy, and stay up to date. 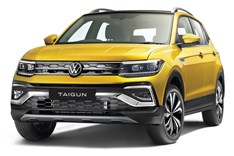 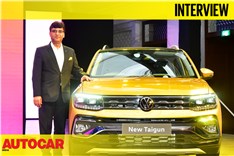 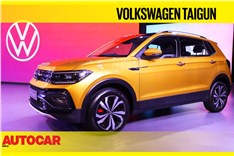