The all-new Kushaq SUV will be Skoda's first made-in-India model under its India 2.0 plan. 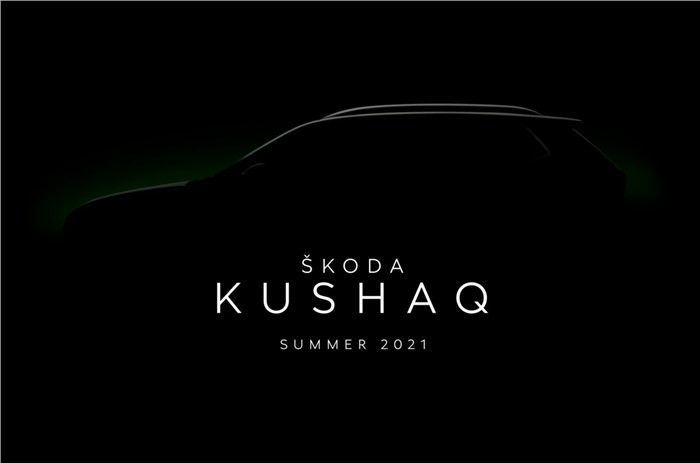 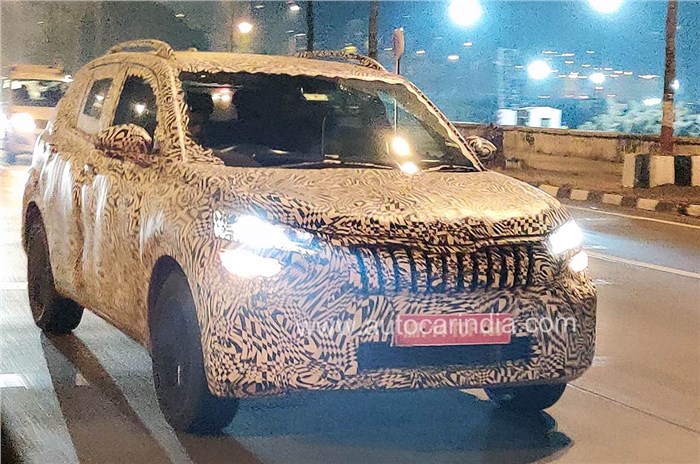 Skoda Kushaq is the name the Czech carmaker has given to the production-spec version of the Vision IN concept that was first showcased at the 2020 Auto Expo. This will be Skoda's first made-in-India model under Skoda Auto Volkswagen India Pvt Ltd's (SAVWIPL) India 2.0 plan.

According to Skoda, the mid-size SUV’s name has been derived from the Sanskrit word ‘Kushak’, which in English translates to ‘King’ or “Emperor’. The Kushaq name is also very much in line with the brand’s SUV nomenclature – Kodiaq, Karoq and Kamiq (with 'K' at the start and 'Q' at the end). 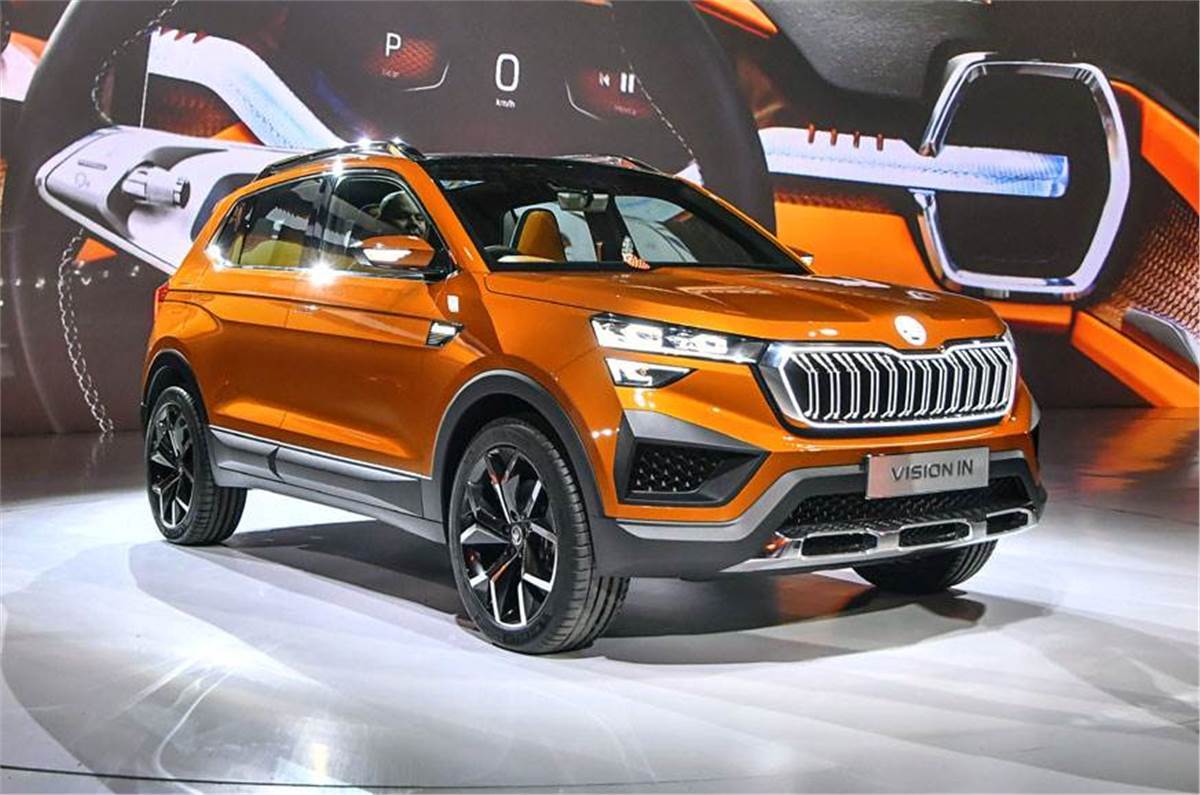 The Skoda Vision IN concept showcased at Auto Expo 2020

Although Skoda has only revealed a teaser image of the Kushaq that highlights the upcoming SUV’s silhouette, the model has been caught testing on our roads before. What we can see from the teaser and test mule is that the Vision IN Concept’s sharp lines and modern styling appear to have been carried over to the production model. 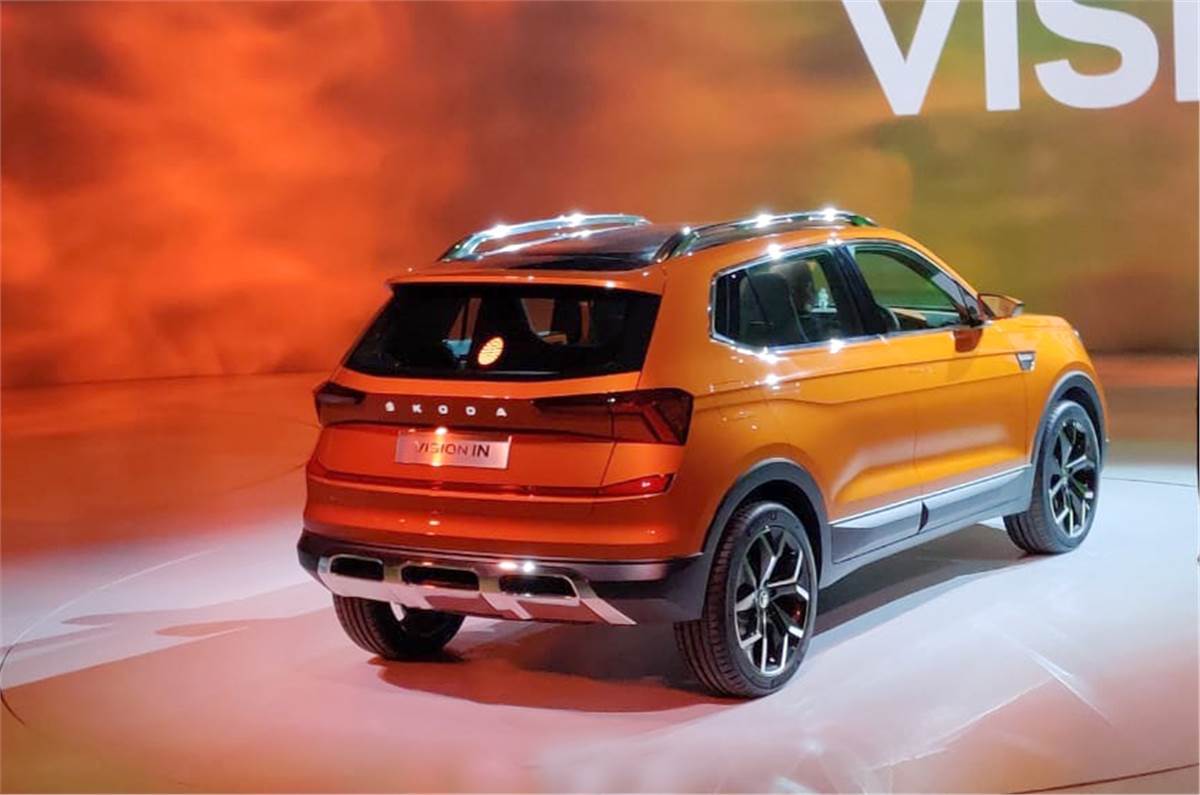 In terms of platform, the Skoda Kushaq will be based on the India-specific MQB A0 IN platform, and will be similar in size to its mid-size SUV rivals. However, it will feature a longer 2,671mm wheelbase, which could definitely benefit the amount of interior space on offer.

Under the hood, Skoda will offer a pair of turbo-petrol engines, with the lower variants getting the 110hp, 1.0-litre, three-cylinder turbo-petrol unit (used in the current Skoda Rapid). This engine will be available with either a manual or a torque converter automatic gearbox.

The other option for the Kushaq, offered on higher variants will be a more powerful 150hp, 1.5-litre turbo-petrol engine that is expected to come paired with a 7-speed DCT automatic gearbox.

Given that SAVWIPL has decided to move away from diesels, the Skoda Kushaq won’t be offered with any diesel powertrain.

Once launched, the Kushaq will be positioned in the fiercely competitive mid-size SUV segment, taking on the likes of the Hyundai Creta, Kia Seltos, Nissan Kicks, MG Hector, Tata Harrier and Mahindra XUV500. The competition will only increase, with the Volkswagen Taigun (based on the same platform as the Kushaq) slated to enter the segment later this year.

The all-new Skoda Kushaq is expected to make its world premiere in the latter half of the first quarter of 2021 (March), with deliveries set to begin by mid-2021.

Skoda is also aiming to heavily localise the mid-size SUV – about 95 percent – in order to ensure competitive pricing.