The board also confirmed that Lamborghini and Ducati will remain within the Group; Bentley to fall under Audi’s management from March 2021. 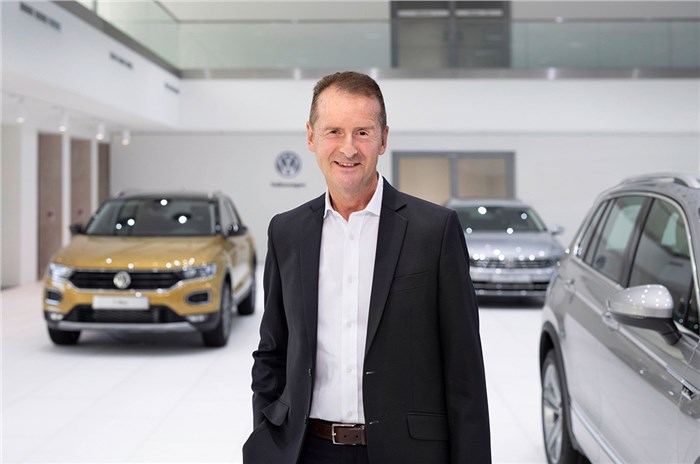 The Volkswagen Group board has backed the electrification reforms of CEO Herbert Diess, settling a potential boardroom bust up at Europe’s largest car maker.

Prior to the board’s announcement, Diess had effectively forced a vote of confidence in himself in order to extend his contract beyond 2023 and push through the Together 2025+ strategy. Although there was no announcement as to Diess’s contract, VW did concede some key points to Diess such as confirming Dr Arno Arlitz as the new chief financial officer. Diess was keen to get Arlitz into position, replacing the previous CFO, Frank Witter.

In addition, the Board “unanimously resolved to give its full support to the strategy [of Together 2025+] in particular the orientation of the company towards electro-mobility and digitalisation,” according to a statement from Volkswagen.

The Group will also be undertaking another round of cost cutting measures, with material costs being reduced by seven percent over the next two years. The separation of the procurement and component departments is confirmed, while VW’s HQ at Wolfsburg will become the electric factory hub for Volkswagen.

As a result, VW’s flagship electric car will be built at the headquarters in Wolfsburg. There is no word in the announcement as to what sort of car that could be, but development and production will be similar to the principles of Audi’s Artemis Project, in the hope of increasing efficiencies during the R&D stages.

The board also confirmed that both Lamborghini and Ducati will remain within the Group; both brands had been at risk of being sold off. However, there is no word on the fate of Bugatti, which has been linked to a potential sale to electric hypercar manufacturer Rimac.

The VW Group also revealed that as part of further restructuring within the Group, Bentley will, from 1st March 2021, sit under Audi. The VW Group said that the move will “allow for synergies to be achieved as part of the electrification strategy of the two premium brands.” The British manufacturer is in the process of switching to electrification and Audi’s Project Artemis is a key aspect of this.

Coming to the Indian market, the VW Group companies have a line-up of new launches planned from various brands. Starting with VW and Skoda both brands are set to debut all-new mid-size SUVs and mid-size sedans for the Indian market, next year. Additional launches from both brands include the facelifted VW Tiguan, the petrol Skoda Kodiaq and the new Skoda Octavia.

Higher in the price bracket, Audi is looking to bring its line-up back to full strength with launches of models like the facelifted A4, the new A3, the new Q3 and the Q5 and Q7 facelifts. The brand is also looking at niche products such as the e-Tron Quattro and the RS6 Avant for a market launch.

Porsche too will have some new products lined-up for the Indian market with models such as the all-electric Taycan and the updated Panamera.