Maruti Suzuki Baleno-based hatchback will be available in two trim levels; offered only with a petrol engine. 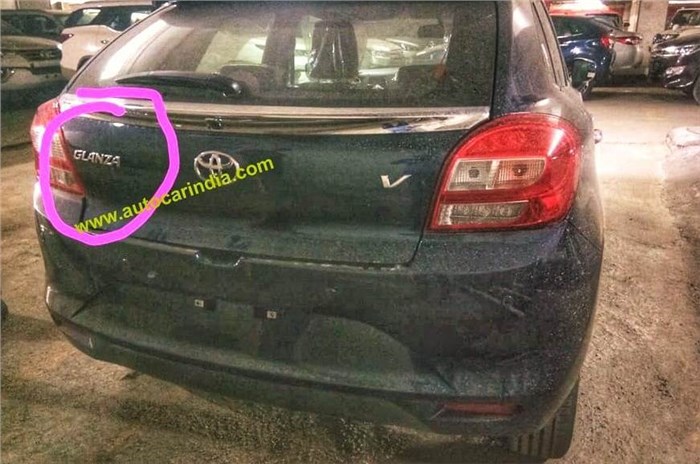 It has been known for a while now that Toyota’s first new product under its joint venture with Maruti Suzuki in India will be a badge re-engineered Baleno. This will be followed by the sharing of other cars.

Just last week, Toyota officially revealed the name of its new premium hatchback – the Glanza – accompanied by a teaser video of the car (or at least its right rear fender) ahead of its expected launch in June 2019.

Here are five things you should know about the upcoming hatchback:

Shares much of the Maruti Suzuki Baleno’s styling

As mentioned in our previous reports, the Glanza will look very similar to the Baleno, with Toyota expected to only make a few cosmetic changes.

Recent leaked images of the undisguised Glanza revealed that the only cosmetic changes include a revised two-slat chrome grille with Toyota badging and new nomenclature on the tailgate. The rest of the car – alloy wheels included as shown in the teaser – is exactly the same as the Baleno.

The cabin is expected to feature a few cosmetic changes, though, like with the exterior, they are likely to be minor as well.

Offered only with a petrol engine

Toyota will offer the Glanza with only a petrol engine, with gearbox options expected to be a 5-speed manual and a CVT unit. The engine will be a 1.2-litre unit – also sourced from Maruti – tuned to meet BS-VI regulations. However, we are not sure whether it will be the new Dualjet unit that made its debut on the Baleno in India, or the older 1.2-litre unit shared by the Baleno, Swift, Dzire and new Wagon R.

Prices to be on the higher end of the segment

The Toyota Glanza variants are expected to cost a fair bit more than the Baleno variants on which they are based. This means the entry-level Glanza G trim is likely to sit much higher on the price chart than the base variants of its rivals like the Hyundai i20, Honda Jazz and Maruti Suzuki Baleno.

In a bid to make the car more attractive to prospective buyers and set it apart from the Maruti Suzuki Baleno, Toyota is expected to offer the Glanza with a standard 3-year/1,00,000km warranty, as against Maruti’s 2-year/40,000km warranty. Toyota is also likely to offer its extended warranty plans, including the five-year True Warranty package that can be opted within the period of standard manufacturing warranty, and the seven-year Toyota Timeless Warranty package that can be purchased after the standard warranty is over.

The Glanza is the first of a family of badge re-engineered models to come from Toyota, with the company confirming that it will also be sharing Maruti Suzuki's popular Vitara Brezza compact SUV, the Ciaz sedan and the Ertiga MPV in the future.

Maruti Suzuki to supply Ciaz, Ertiga to Toyota in India 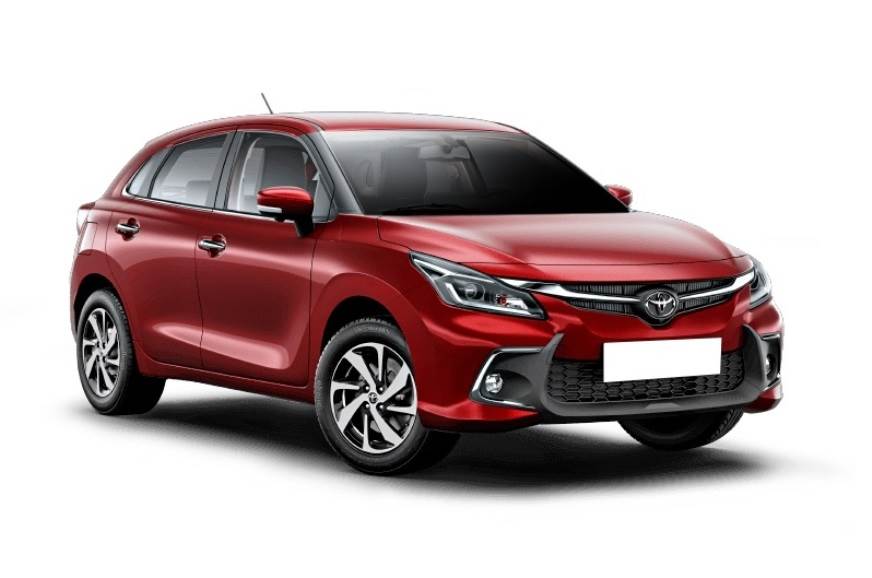