Baleno-based hatchback (Codename: A11) to sit above the Toyota Etios Liva; will be the first of many more shared products. 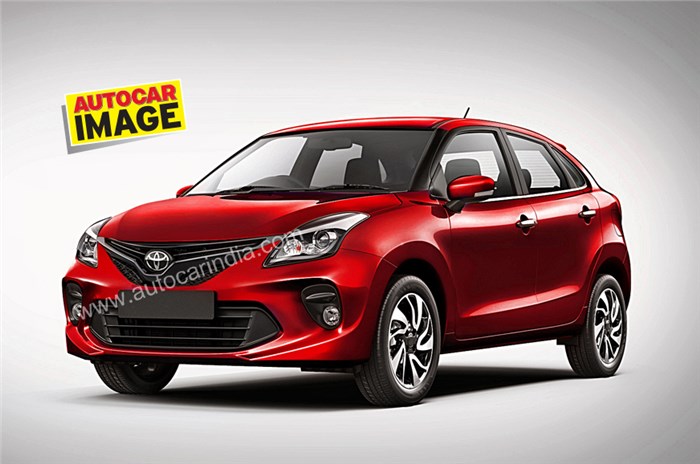 Toyota has begun work on an all-new model that'll be part of its India line-up. This new model will be a premium hatchback based on the Maruti Suzuki Baleno, and was announced last year as part of a joint agreement between Toyota and Suzuki.

This new hatchback has been internally codenamed A11 and, according to sources, various component suppliers for the Maruti Suzuki Baleno have already started dispatching parts for the A11 hatchback.

The Toyota A11 hatchback has not been spotted so far, however, sources tell us that it will be quite similar to the Maruti Baleno and might get cosmetic tweaks like a new grille, redesigned bumpers and lights to give it Toyota family look. It is essentially a badge-engineering exercise similar to vehicles sold in India like the Renault Duster-Nissan Terrano and the Nissan Sunny -Renault Scala.

Under the hood, the Toyota A11 is expected to come with only a petrol engine. The Baleno is currently available with a 1.2-litre K-series petrol and a 1.0-litre Boosterjet turbo-petrol engine. Additionally, the Baleno now also comes with the new 1.2-litre DualJet petrol with Smart Hybrid.  However, it remains to be seen which of these engines would power the Toyota A11. There are talks of the A11 being available only on the higher trims, which means that Toyota might discontinue higher variants of the Etios Liva in order to avoid overlap.

Apart from the Baleno, the Toyota-Suzuki JV will  include models like the Ertiga, Ciaz and the Vitara Brezza to be supplied to Toyota for sale in the Indian market and in Africa. Additionally, the two carmakers will join hands to develop a new Toyota C-segment MPV that will be supplied to Suzuki. Also, both companies have announced to make a big push for hybrid electric vehicles with the local procurement of hybrid systems, engines and batteries. Toyota will supply its hybrid system to Suzuki too.

Suzuki, Toshiba and Denso have already invested in a battery plant in Gujarat.

The two brands have also announced their partnership for Europe where Toyota will use Suzuki's small petrol engines for its compact models, and the Toyota Rav4 EV and the Corolla estate will be sold by Suzuki in the European market.