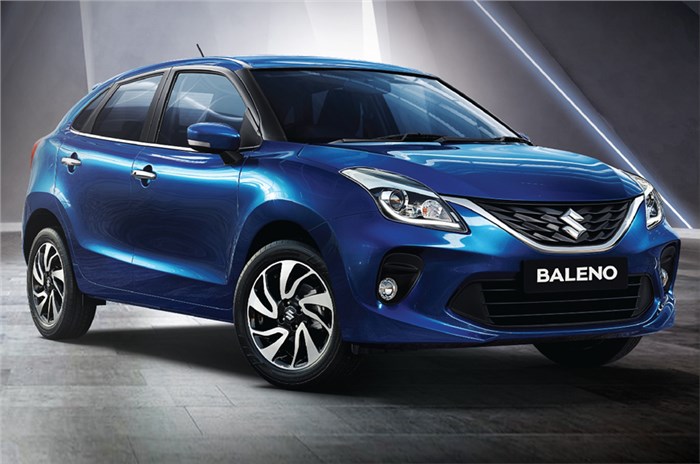 It was at the start of this year that the Maruti Suzuki Baleno received a midlife update that brought cosmetic revisions, a new infotainment system and more safety equipment. Now, just a few days after we broke the news, the Maruti Suzuki Baleno has been launched with two BS-VI-compliant petrol engine options – the new 1.2-litre K12C DualJet with the Smart Hybrid system, and the existing 1.2-litre K12B petrol, which has been upgraded to meet the more stringent emission norms. Prices for the existing K12B variants of the Baleno range from Rs 5.58-8.90 lakh, while the DualJet Smart Hybrid engine is only available in two variants – the Delta (Rs 7.25 lakh) and the Zeta (Rs 7.86 lakh, all prices, ex-showroom, Delhi).

Toyota's Baleno will launch in India around June 2019. Click for more details

Because of the update, the Maruti Suzuki Baleno’s price has gone up – the existing 1.2-litre K12B engine variants are now more expensive by Rs 13,000-20,000, while the DualJet Smart Hybrid variants cost a substantial Rs 89,000 more than the equivalent K12B variants.

Where Maruti Suzuki is looking to justify the premium it’s charging for the DualJet Smart Hybrid variants is in the fuel efficiency department. While the K12B’s certified fuel economy figure is 21.01kpl, the official fuel efficiency figure for the Maruti Suzki Baleno DualJet – which pairs the new 1.2-litre, K12C petrol engine with a lithium-ion battery – is rated at 23.87kpl. The DualJet engine is also marginally more powerful, making 90hp (compared to the K12B's 84hp) and 113Nm of torque. The Smart Hybrid system provides a torque assist function that improves acceleration, a start-stop system that switches off the engine at idle to boost fuel efficiency and a brake energy regeneration function that recharges the lithium-ion battery under deceleration.

With both engines being BS-VI-compliant, Maruti Suzuki says both bring a reduction of 25 percent in Nitrogen Oxide (NOx) emissions. To achieve this, the company has upgraded engine hardware & software as well as the exhaust system. The engine control software has been tweaked to improve precision of the fuel injection control using various on-board sensors to ensure better emissions control.

It is worth noting that it is only the existing K12B petrol engine variants that can be had with a CVT gearbox, as the DualJet Smart Hybrid engine is only available with a five-speed manual gearbox.

As part of the midlife update, the Baleno received a number of cosmetic tweaks on the outside, and on the inside, it received a dual-tone black-and-blue interior colour scheme, and the new SmartPlay Studio infotainment system with a 7.0-inch touchscreen. The SmartPlay Studio – co-developed by Harman and seen first in the recently-launched new Wagon R – brings Android Auto and Apple CarPlay compatibility, voice recognition function, in-built navigation and also doubles up as the display for the reverse camera. Rear parking sensors are now standard across the range, as are a speed alert warning and seatbelt reminder system.

Think the Maruti Suzuki Baleno’s DualJet Smart Hybrid engine option offers enough of a benefit for the premium it commands over the K12B variant? Let us know in the comments.