Maruti Suzuki to supply Ciaz, Ertiga to Toyota in India

Japanese carmakers Toyota and Suzuki that have already signed an MoU for the supply of vehicles and hybrid and EV tech have outlined further areas of collaboration. 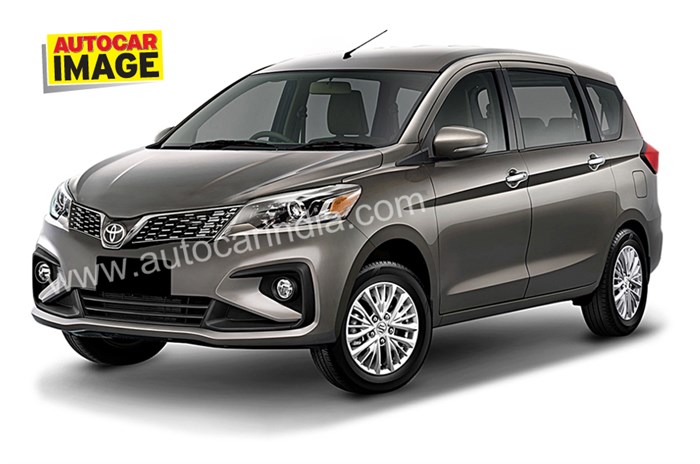 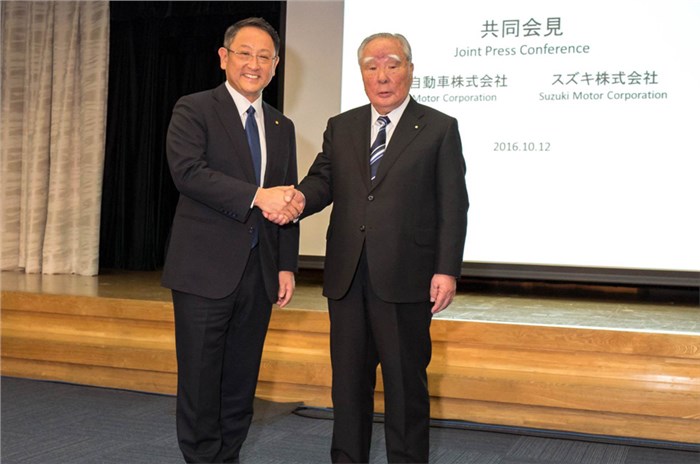 Suzuki and Toyota have already partnered for the supply of certain models in India and Africa and also the popularisation of electric models in our market. The two Japanese manufacturers have today announced they are looking to expand the scope of their cooperation. As per a joint release from the carmakers, Maruti Suzuki will supply the Ciaz midsize sedan and Ertiga MPV to Toyota in India and Africa. While there is no timeline as to when the Toyota versions of the Maruti models will go on sale, the carmakers have confirmed Toyota’s version of the Maruti Suzuki Vitara Brezza will be manufactured at the Toyota Kirloskar Motor plant in Bidadi, Karnataka from 2022. As reported already, Toyota’s version of the Maruti Suzuki Baleno hatchback will go on sale within 2019 as the first model to come from the partnership. As per the terms of the partnership, Toyota will also supply the Corolla Altis to Maruti Suzuki though it is expected that this will happen only once the next-gen version of the sedan goes on sale post 2020.

The latest announcement also mentions plans to leverage Suzuki’s expertise in developing vehicles in India. While details are limited at the moment, the two carmakers will cooperate to develop a new Toyota C-segment MPV that will be supplied to Suzuki. It will be interesting to see how the new MPV is positioned vis-à-vis the Ertiga.

The two manufacturers will also make a big push for hybrid electric vehicles with the local procurement of hybrid systems, engines and batteries. Toyota will supply its hybrid system to Suzuki too. Interetingly, Suzuki, Toshiba and Denso have already invested in a battery plant in Gujarat.

Outside of India, Toyota and Suzuki will partner in Europe. Toyota will adopt Suzuki’s small engines for its compact cars while Toyota will supply two electrified vehicles – the RAV4 and the Corolla estate – to Suzuki.

While the cooperation Toyota and Suzuki is far-reaching and brings with it shared costs, the carmakers have underlined they will compete fairly and freely. In his statement, Toyota President Akio Toyoda said “The expansion of our business partnership will give us the competitive edge we will need to survive this once-in-a-century period of profound transformation.”

Is the sharing of models a good move in India? And were you to choose between a Toyota or a Maruti, which would be your pick? Let us know in the comments section below.