New Toyota A11 will come with a single 1.2-litre petrol engine option; likely to come with CVT as well. 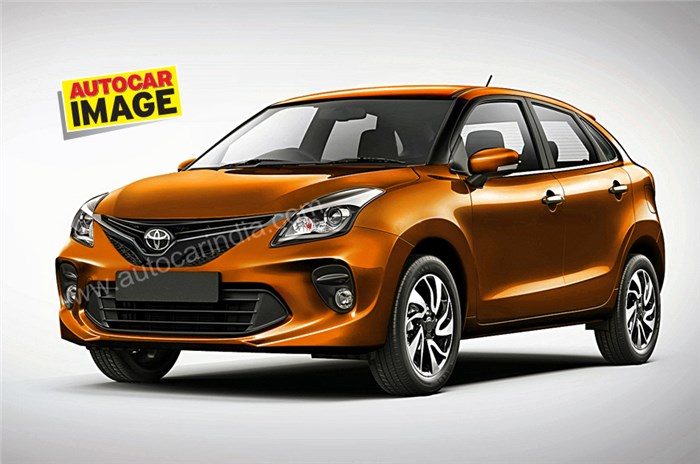 Toyota has begun conveying details about its upcoming hatchback that is slated to hit showrooms sometime in early June. This new model – essentially a rebadged Maruti Suzuki Baleno – will be sold in two “higher” trims only. There are talks that this model could be called “Toyota Glanza”, however, there is no official confirmation about the hatchback’s market name, yet. Toyota is likely to share official details about this new model on Friday, April 26, 2019, with a market launch expected to take place on June 6, 2019.

Sources tell us that when it launches, Toyota’s premium hatchback will be available in a mid-spec G variant and a fully-loaded V trim, which is also expected to come with a CVT gearbox along with a standard 5-speed manual transmission.  The new Toyota A11 hatchback will be sold with a single BS-VI-compliant 1.2-litre petrol engine option. Key rivals to the Toyota Glanza include its badge-engineered cousin, the Maruti Suzuki Baleno, Honda’s Jazz and the Hyundai i20.

The Toyota Glanza is one of the first “shared” models from the Toyota- Suzuki JV.  More Maruti Suzuki models, like the Ertiga, Ciaz and Vitara Brezza, are expected to be sold via Toyota showrooms in the near future.